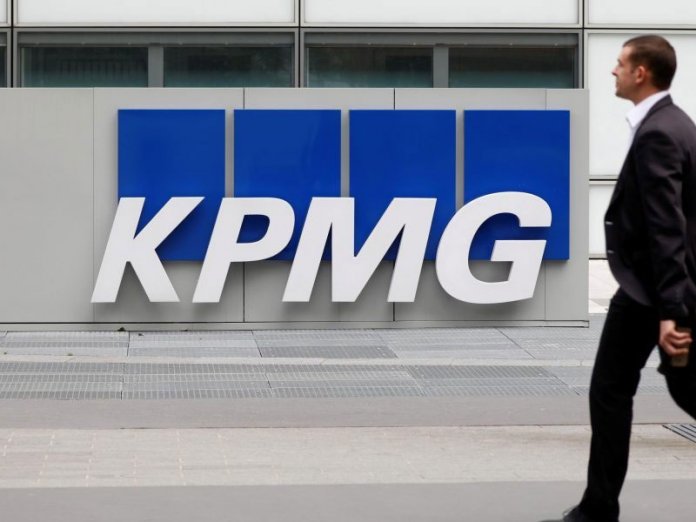 Two-thirds of chief executive officers (CEOs) believe that agility is the new currency of business and that if they don’t adapt, their business will become irrelevant, a report by KPMG has stated.

According to the survey, CEOs are faced with a stark choice.

In the face of unparalleled environmental, economic and technological change, they are looking to grow their businesses by creating the organisational agility to disrupt existing business models and challenge long-held market orthodoxies, the report added.

According to the fifth KPMG International Global CEO Outlook, just over half of CEOs were confident they would succeed but were realistic, with 53 per cent projecting cautious three-year growth of up to two per cent (down from 55 per cent in 2018).

As with 2018, the survey findings showed that the chief executives also maintained a positive three-year growth outlook for the global economy, even though this slightly fell from 67 per cent to 62 per cent, over the last 12 months.

This confidence was also shown by their commitment to hire, with 36 per cent of CEOs projecting to add more than six per cent to their workforce in the next three years.

“A successful CEO now needs to be an agile CEO,” the Global Chairman, KPMG International, Bill Thomas, was quoted to have said.

“It’s no longer a question of simply defending your position and using scale to maintain competitive advantage.

“Today, CEOs need to be comfortable disrupting their business models by forging new strategic partnerships, considering alternate M&A strategies and increasing the skills of their workforces.”

According to the report, CEOs named climate change as the biggest risk to their organisation’s growth, the first time in five years it was rated a top concern compared to technological, territorial, cyber and operational risks. But with only a small margin between each of them, it paints a picture of a complex and ever-shifting risk landscape.

“A majority of CEOs (84 percent) believe a ‘fail-fast’ culture is required in today’s marketplace, in which lessons from failures are learned quickly, yet only 56 percent say that kind of culture is in place in their organisation.

“Eight out of ten CEOs (84 percent) are looking to change the makeup of their leadership teams to disrupt the status quo,” it added.

The survey showed that cyber continued to be high on the CEOs’ agenda, despite falling from the second highest risk last year to fourth this year.

In 2019, a larger group of CEOs (69 per cent, compared with 55 per cent in 2018) said a robust cyber security strategy was critical to driving trust with key stakeholders and most (71 percent) view information security as a key factor in their broader innovation strategy.

“For many CEOs, M&A presents the best opportunity to upgrade digital capabilities with pace. A proactive M&A strategy is on the agenda for 84 percent of CEOs who have a moderate or high M&A appetite for the next three years.

“Driving this appetite is the ability of M&A to transform a business model faster than organic growth.

“When asked to prioritise between buying new technology or developing their workforce to improve their organisation’s resilience, CEOs favored technology two to one (68 vs 32 percent),” the report added.

Artificial intelligence (AI) was also on the minds of CEOs, yet only 16 percent have implemented AI and automation programs.

A further 31 percent were still at the pilot stage, while 53 per cent admitted to undertaking a limited AI implementation.

Yet, 65 per cent of CEOs believed the inclusion of AI and automation would create more jobs than it eliminates.

Thomas added: “All together, this year’s survey is telling us that we’ve entered a new era of leadership. Agility comes from balancing a CEO’s instinct with having confidence in what the data is telling you.

“Strategic decisions require data that has bias removed. It’s no longer enough to seek “big” data, instead CEOs must use technology to uncover quality data. Only through this will they create the organisational resilience to drive growth.”

Now in its fifth year, the KPMG CEO Outlook provides an in-depth three-year outlook from thousands of global executives on enterprise and economic growth.

Each year the report builds upon answers from previous surveys to help ensure a consistent year-over-year view of the global economy. It also includes new and changing questions to capture CEOs’ outlook on trending topics in the market.

A third of the companies surveyed have more than US$10 billion in annual revenue, with no responses from companies under US$500 million. The survey was conducted between 8 January and 20 February 2019.

The positive development was attributed to positive exchange rate development, in particular, the strengthening of the South African rand against the US dollar, which aided regional premium growth rate to rise to 12 per cent in US-dollar terms from $59.4 billion in 2016, reversing the trend of previous years when African growth rates were negative due to depreciation of African currencies.

According to the fourth Africa Insurance Barometer, launched at the ongoing 46th Conference & General Assembly of the African Insurance Organisation (AIO) in Johannesburg, South Africa, the continent’s insurance markets have returned to a more stable environment following the deep and sudden economic downturn in 2015/16.

On an inflation adjusted-basis, overall insurance premiums increased by 0.5 per cent in 2017, which was ahead of the growth in advanced markets (-0.6%), but below the 10.3 per cent volume growth for the world’s emerging markets.

The annual survey conducted among the CEOs of Africa’s primary insurers showed that the industry continued to benefit from its underlying growth story, the resilience that it demonstrated during the downturn and a strengthening regulatory framework.

According to her, “Following the deep recession of 2015/16, insurers are less bullish. The crisis exposed Africa’s continued vulnerability to external shocks.

“In addition, the prospects for the global economy and for global trade have reduced for the near-term future. However, with the availability of technology and an expanding middle class, awareness and the understanding for the benefits of insurance are improving among policymakers, regulators and consumers. This will generate additional impulses for the industry.”

The Outgoing President, African Insurers Association(AIO), Mrs. Aretha Duku-Gia, said low insurance penetration in Africa presents an opportunity for growth, urging insurance operators to use the huge population of the continent to their advantage.

Highlighting the barrier to low insurance penetration, she said, micro economic, cultural and religious sentiments as well as low education are challenges that must be addressed for African insurance industry to compete favourably in the international market.

While calling for insurance to be introduced in secondary schools across Africa for increased insurance education, she urged companies to adopt multi-channels to sell insurance products and services.

Operators, according to her, must do all they can, to make insurance accessible to all, especially, those in the informal sector.