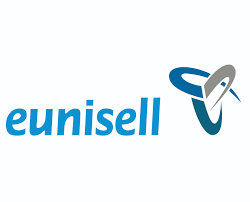 The Rivers State government has praised one of the leading global chemical and specialty fluid management company, Eunisell, for its continued support of Rivers United FC and the development of domestic football in Nigeria. Eunisell is longest standing sponsor of a club in the NPFL.

Speaking at a dinner to celebrate the partnership of the club at a special event tagged: ‘Eunisell Rivers United FC Celebration Day’, in the Rivers State capital, Port-Harcourt, Rivers Commissioner for Sports, Boma Iyaye, noted that not many clubs in the country have had the luxury of getting the kind of backing which the club has enjoyed from Eunisell.
He charged the team to raise their game, by winning and ensuring they become a club to reckon with, in Nigeria and on the continent.

“Eunisell has done immensely well for Rivers United, looking at the huge funds they have invested in the team.
“Teams like Kano Pillars, Rangers, and Enyimba, who have won two continental championships, don’t have this kind of sponsorship – So we owe Eunisell a duty by winning trophies and playing in the CAF Interclub competitions as a medium to showcase the brand globally.”

Also speaking, Rivers United General Manager, Chief Okey Kpalukwu, observed that with the partnership between the club and company, Eunisell’s consistency with being the shirt sponsors for five seasons, which no other company has done in this country, is of immense benefit to both the brand and the club.

He added: “Before we came into this deal withEunisell, our jersey was not seen on the streets, nor was it in any shop.
“Right now, we have our jerseys in shops andbeing worn openly on the streets. I don’t know mostof the people that I see wearing our jerseys. What that means is that the club is now more accepted by the people and even at the grassroots level.”