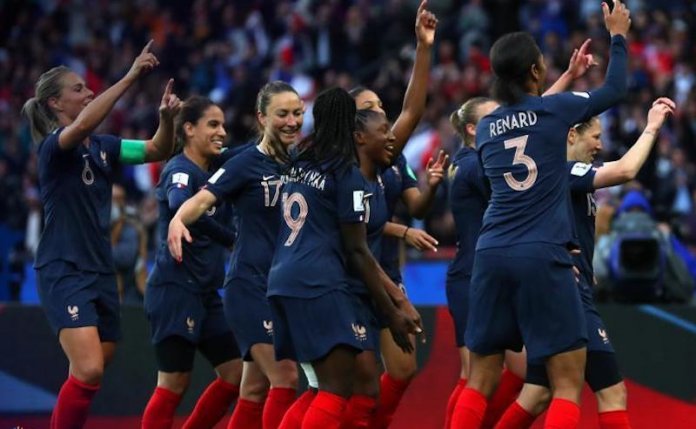 Former champions Norway kicked off their Women’s World Cup campaign with a routine 3-0 victory over Nigeria, despite the absence of Ballon d’Or winner Ada Hegerberg.

Guro Reiten’s deflected shot gave the 1995 winners the lead on 17 minutes in Reims before a powerful strike from Lisa-Marie Utland doubled their advantage.

Osinachi Ohale turned a cross into her own net before half-time as Norway cruised to an opening win in Group A, leaving them level on three points with hosts France.

Lyon striker Hegerberg, who scored a hat-trick in Lyon’s Champions League final win over Barcelona last month, refused to come to the tournament due to a dispute with her national federation, which she accuses of failing to respect women players.

Ranked No. 12, Norway has qualified for every FIFA Women’s World Cup since the tournament’s inception. They were runners up to the US in 1991 and winners of the 1995 tournament.

Nigeria has also qualified for every Women’s World Cup. However, the No. 38 ranked team have only advanced from the group stage once in 1993, falling to Brazil in the quarter-finals.

Nigeria will now move to Grenoble, where they take on Korea Republic on June 12. The Koreans lost 0-4 to host nation France in the championship opening match in Paris on Friday.