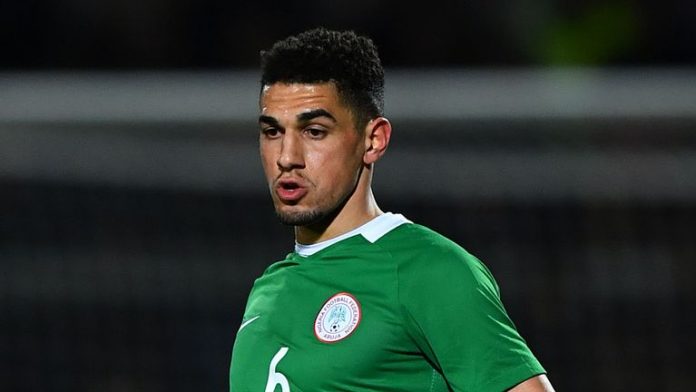 With his last game for his Premier League club, Brighton and Hove Albion being an FA Cup replay at West Brom on February 6, in which his blunder gifted the hosts a goal. Leon Balogun is no doubt rusty and would be needing the 2019 Africa Cup of Nations slated for Egypt to revive his dwindling form

When Leon Balogun had his first Premier League berth for Brighton and Hove Albion in the Week Two 3-2 win against Manchester United, the Nigeria international felt his dream had finally come true. However, by the end of the season, he is yet to establish himself as the preferred central defender of the Seagulls and with the Africa Cup of Nations just around the corner, Balogun would be hoping to bounce back with the biennial competition.

Super Eagles Boss Gernot Rohr has stated that he wants to give players short of domestic minutes a much-needed run-out which includes Balogun, who had struggled for opportunities with the Seagulls in the just-concluded season.

He last featured in the FA Cup replay at West Brom on February 6, when his blunder gifted the hosts a goal.

Rohr said: “I want to see a lot of players who are not playing so much, give them the opportunity to play. It can be for some defenders like Balogun, he is fit but he didn’t play so much, so we want to see him playing on Saturday.”

When Balogun moved to Premier League side, Brighton and Hove Albion in the summer after nine years of playing in the German League, he admitted it would not be a walk in the park donning the colours of the Seagulls as he has to fight for shirt with the two central defenders already in the club fold- Lewis Dunk and Shane Duffy. However, his opportunity came earlier than he expected as he came in as a substitute in just two weeks into the Premier League against Manchester United.

Balogun indeed expressed delight with his home debut for Brighton and Hove Albion after he shone brilliantly for the homers.

“Thanks everyone (Brighton and Hove Albion) for the warm welcome. Couldn’t really have wished for a better debut in the EPL, beating Manchester United at home!,” Balogun tweeted.

The Nigerian international, who spent the last three seasons at Mainz, believed the Premier League would be faster than the Bundsliga – but when he shared his thoughts with his teammates, “they told me this is always the kind of game you play against United. They like to slow it down a little bit sometimes.”

Balogun indeed said he was surprised by Manchester United’s slow football, admitting he expected that the Premier League would be faster than the Bundesliga, although his observations about United’s attacking approach probably revealed more about José Mourinho’s (the then former United Manager) methods than the overall state of English football.

“I had expected the Premier League to be quicker, but they told me this is always the kind of game you play against United. They like to slow it down a little bit sometimes,” the Nigerian defender said.

Brighton and Hove Albion manager Chris Hughton was indeed delighted with Balogun’s debut performance and he was impressive as Brighton recorded their first win of the campaign.

“In Balogun, you have someone you know won’t be phased. He’s played at a very good level and played in the World Cup this summer,” Hughton said.

Balogun’s central defence partner, Shane Duffy said he was delighted with Balogun, saying, “He’s fitted straight in. He’s a big character in the changing room. He’s got a big voice. He’s played with big players in big games. That’s why you bring in players like that. They push us. He was great. That’s another plus for us, that strength in depth with top players. You pick up injuries and suspensions so you need these kinds of players to step in.”

However, with the season fast winding up, the Super Eagles remain just a fringe player in the relegation battling team.

Balogun hasn’t made the sort of impact envisaged at Brighton. The Nigerian was expected to stroll into Chris Hughton’s team after joining on a free transfer from Mainz in 2018. At the end of the Premier League season, he’s started just five matches.

Despite an incredible career that has spanned over a decade, Balogun would have still felt like a little boy when he heard of Brighton’s interest last summer. England is favourite destination for African football tourists, especially Nigerians.

For Balogun, it was a first-hand experience. The Bundesliga was all he knew. Born in Berlin to a Nigerian dad, the 30-year-old took his first footballing lessons at hometown club, Türkiyemspor Berlin. He then practiced his craft at five other Deutschland sides, including Werder Bremen.

The Premier League is different. There’s more cash, quality players, odds and managers as well as better coverage. Balogun didn’t want to be left. He had no qualms moving abroad, with the FIFA World Cup on the horizon. That decision is already hurting the Nigerian.

Balogun is the third choice in Hughton’s centre-back hierarchy behind Duffy and Dunk. He’s been featured nine times across all competitions albeit the only contribution was a screamer against Crystal Palace. While Hughton deserves some slack for the limited game time, Balogun is culpable too.

Indeed, the Nigerian has an imposing physical presence, standing at 6ft 3. He is fearless in tackles and brave on the air. He provides additional threat during set pieces and could occasionally provide that odd goal to win games. However, Balogun isn’t gifted in terms of pace.

It was, however, a dream come true for the former Mainz of Germany defender when he came off the bench to open his goal account for Brighton against Crystal Palace at the American Express Community Stadium.

He made his fourth league appearance for Chris Hughton’s men against Crystal Palace as a first-half substitute and, 25 seconds after, scored with his first touch to help his side claim a 3-1 victory.

“For me, it’s another dream in this football calendar year that I wanted to come true. I made my dream come true of playing in a World Cup and I made a big dream come true in moving to the Premier League. Now scoring in the Premier League with my first touch in this game, it’s kind of unreal. I’m just happy. When I saw the ball bouncing I knew it was going to be tough, so I just hit it and luckily I hit it right. It was a great feeling,” Balogun said.

“Even though I might not be 100 per cent satisfied, I think I still did well and my goal was probably the most important thing about my performance. I personally feel that I never really got into the game – viewers might think different but you always have a personal level that you want to reach, and I don’t know that I really got it.”

“My job is to be ready, there is no question about it, and the club knows what I can do. I feel a certain trust even when I’m not starting which makes it easy for me to fit into what Dunk or Duffy have been doing. It’s never easy and you always want to play, but at the same time, you have to be professional about it. You have to be ready for situations and moments and I think I was ready every time I came on – that is important,” he added.

The defender is expected to play for Nigeria in a friendly against Zimbabwe today in which his match-fitness level would be tested. 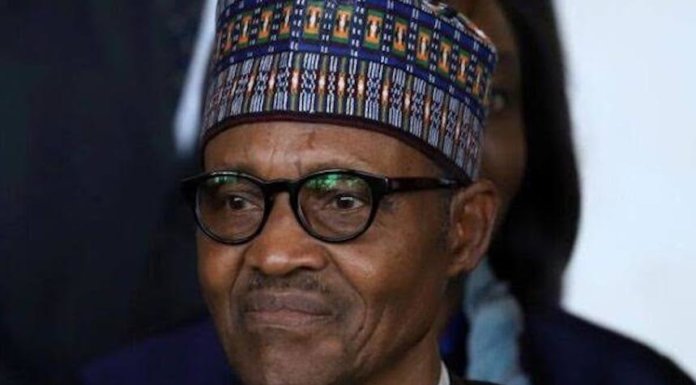