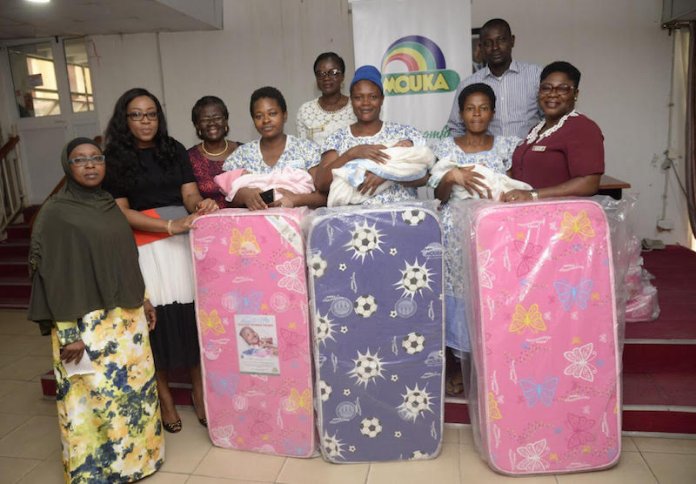 To mark the recently commemorated Children’s Day, Rebecca Ejifoma reports that Mouka Limited donated some Dreamtime mattresses to some of those termed the ‘leaders of tomorrow’

In Nigeria, the International Children’s Day is marked on May 27 as against other nations that celebrate the day on different dates. However, despite the disparity in dates, the objective is the same; a day set aside to celebrate children. It was on that premise that the United Nations adopted the Declaration of the Rights of the Child on November 20, 1959 and the Convention on the Rights of the Child on November 20, 1989.

Thus, to commemorate this year’s anniversary, Mouka Limited took its corporate social responsibility (CSR) to the target; children by donating Mouka Dreamtime mattresses were donated by Mouka Limited, foremost foam and mattress manufacturer in Nigeria, to babies born on May 27, 2019, a day set aside to celebrate children.

Babies in three hospitals – two in Lagos and one in Ibadan – were beneficiaries of the gesture on May 27, 2019. While the mothers of 10 babies received Mouka Dreamtime mattresses on behalf of their babies at Lagos Island Maternity Hospital, six mothers had mattress donations made to their babies at the Gbagada General Hospital, also in Lagos.

In Ibadan, four babies born at the University College Hospital were picked for the donations. In addition to the donations was a Children’s Day treat co-sponsored by Mouka in Lagos which ran from May 24 to May 27.

The gesture was Mouka’s way of giving back to the society and celebrating children in Nigeria.

Speaking about the gesture, Mouka’s Senior Marketing Manager, Tolu Olanipekun said Mouka was out to celebrate children with its water-resistant Dreamtime mattress specially designed with children in mind.

“The Dreamtime mattress is made with a special fabric that is water resistant which prevents water from soaking the foam. Sleeping on mackintosh often makes a child uncomfortable due to the texture and heat produced during sleep. Dreamtime on the other hand is covered with a soft and breathable fabric which keeps the body cool at night. These donations are to appreciate our children born on this day,” Olanipekun said.

On the Children’s Day treat co-sponsored by the brand, Mouka’s Brand and Innovation Manager, DejiOdelola described the move as one geared towards engaging children as it relates to the importance of quality sleep, a phenomenon which, according to him, has a direct relationship with children’s academic performance.

“Anything you want to be in life, you need quality sleep to achieve it. And at their age, they need quality sleep for proper development of their brain. So we are here to talk to their parents and guardians about the importance of quality sleep. Mouka Dreamtime offers the best mattress design to cater for kids of their age bracket. So that is the reason we are here; to add value to the society,” explained Odelola.

He further said: “Dreamtime is the first mattress of its kind for kids in Nigeria and offers water resistant cover and at the same time, breathable. Water resistant in the sense that water cannot penetrate through the fabric into the foam. And it’s also breathable in the sense that air can pass through. So it’s a new technology that we used for the production of the fabric. And that is why Mouka Dreamtime is different from Mackintosh because people try to compare it with Mackintosh. The technology behind Dreamtime is far beyond that of Mackintosh.”

Reacting to the donations, the Chief Medical Directors of the concerned hospitals expressed their gratitude to Mouka for the philanthropic move, while hoping that other organisations in the private sector would emulate the brand.

“What Mouka has done goes a long way. The mothers are happy. One of the children even smiled at the point of the donation and I know the child will dream of the future while sleeping on that mattress. I’m very elated,” said Mrs Adebukola Cole, the ApexNurse of Lagos Island Maternity Hospital, who stood in for the Medical Director, Benjamin Eniayewun.

Dr. Adeleke Kaka, Medical Director of Gbagada General Hospital said: “Mouka represents one of the top range mattress manufacturers. I know they make quality products and they are also philanthropic. They are socially responsible. Since I became saddled with the headship of this hospital, I’ve received them at least once, apart from this particular occasion. They came here for the New Year celebration with the presentation of the gifts of the Dreamtime mattresses which are high quality, new technology mattresses for children. By and large, it’s been nice knowing them.”

The mothers all expressed their gratitude to Mouka, describing the gesture as commendable. While noting that the company was already a household name, they added their optimism that such move would keep the brand solidly etched on the minds of customers. 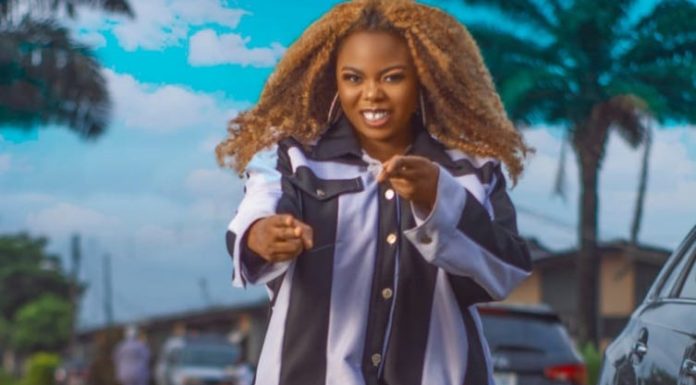