The Senate Leader, Dr. Ahmad Lawan has disclosed that many of the 44 Peoples Democratic Party (PDP) senators-elect have endorsed his candidature for the ninth Senate Presidency.

He, therefore, justified his endorsement on Friday by a returning PDP Senator Peter Nwaoboshi, noting that latest development “clearly shows that he is popular among Senators-elect across party lines.”

According to him, many of the re-elected and fresh PDP Senators have endorsed him one way or the other in the course of this our consultations and campaigns for the leadership of the ninth National Assembly.

He emphasised that there are so many PDP Senators-elect who have identified with our vision, because our vision is not a political party vision, it is a national vision that everybody will find comfortable to embrace”.

He further expressed optimism that at the end of the day, the PDP Senators-elect would endorse his candidacy, saying he “is expecting all the PDP senators-elect to have an understanding with us and endorse my candidacy as a caucus.”

The senate leader explained that his endorsement by Nwaoboshi “does not signify any crack in the PDP senators fold in the Senate.”
Rather, he said what the endorsement means “is that feeling of patriotism, that feeling of necessity for all of us that will be in the ninth Senate to work together in the national interest, that feeling that we have no time to lose or waste, that we should hit the ground running immediately we are inaugurated in the ninth Senate.

“What they care for is how the economy would be improved and enhanced and revitalised so that it is an all inclusive economy. An economy that would work for those at the lowest level of the ladder and those at the highest level”, he further said.

Lawan also said that the endorsement is another way of breaking down the barriers associated with party representation at the legislative chamber.

He explained that what Nwaoboshi “did to me, I think, is to say that we should breakdown these barriers. If you go in you would have may be 62/65 APC Senators, may be 44/45 PDP Senators and a YPP senator, but why should we keep those barriers.
“I believe that we should demolish the barriers right from now. We should be thinking of how to come together all of that would be in the ninth Senate, work out how we can make those interventions that will be needed and helpful to the present administration,” Lawan said.

He particularly stressed the need for the senators-elect of the ninth National Assembly “to be united and focused. We need to achieve unity as a chamber. When I say unity, I mean our political parties are there of course. But we have to work together.

“We have been promising also that by the special grace of God when this campaign becomes successful and I am returned as Senate President, I want to work with each and every senator.

So far, my experience of sitting one on one with almost every senator-elect gives me the impression that all the senators -elect of the ninth Senate are people of diverse, massive and deep and profound experiences.

“Some may not have the legislative experience. But I can tell you that the experiences they will bring to bear in the ninth Senate would be very crucial and critical.”

Lawan, who is the official candidate of the ruling All Progressives Congress (APC), said the ninth Assembly under his leadership, would make appropriate legislative interventions towards moving the nation forward.

He said, “We all know that this administration has done quite a lot in the last four years getting the economy out of recession and to a growth of 2 percent and 3 percent of Gross Domestic Product (GDP) today.

“So, that is what Nigerians expected the National Assembly to do together with the executive arm of government. So, our platforms are simply the vehicles that would convey everybody. We have our belief even as political parties.

“But whatever your belief is, whatever your political party is the belief must be centrally looking at one thing: how do I contribute to making legislation, legislative intervention that will make this country better? How can I work with my colleagues from the different platforms?” 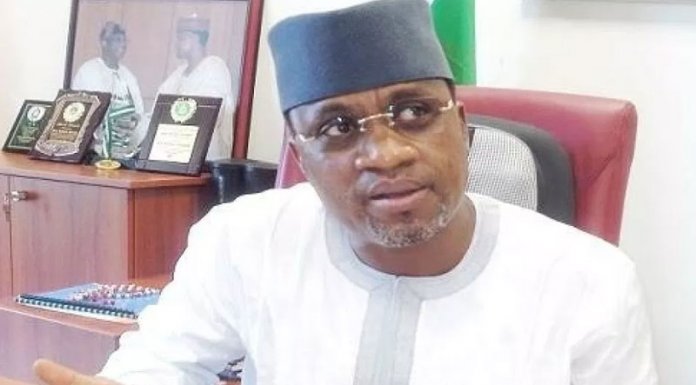