For Dr. Abiodun Laja, who passed on Sunday, May 26, aged 69, hers was a time well lived and fulfilled, owing to her remarkable contribution to society, imparting knowledge and moral values via education. What better way to live a mark and lasting memory in the sands of time, other than this invaluable contribution to humanity.

For such contribution was priceless and had earned her a place in the annals of our time, as an accomplished educationist and administrator per excellence. Until her death in the United States of America days after a surgical back operation, Dr. Laja the Founder and Executive Director of Lekki British School, Lagos, was one of Nigeria’s most celebrated matriarchs. Reports quoting a family friend of the deceased, said “She had a back injury, which had been disturbing her for a long time.

“She had difficulty walking because of the problem and had oftentimes visited hospitals for treatment. She travelled to the US for corrective surgery. She had the surgery on Friday (May 24) and it was successful; she had even returned to the hotel where she lodged and had been talking to people. But two days after, there was a complication and she was rushed to the hospital, where she died.”

To Dr. Abiodun Laja, education had always been her passion. After running her school for 25 years, she took a bigger challenge to own a secondary school at the highbrow area of Lagos State. Her vision was to stop Nigerians from going abroad at an early age to school, as they tend to lose the culture, which a lot of parents were not too happy about.

Survived by two sons and grandchildren, Dr. Laja devoted her entire professional life to raising academic standards. Laja, who started a private school at the age of 27 and recently celebrated her 42nd anniversary in education, was a pioneer in Nigeria’s educational sector. She started off with one school, and in a span of three years, she had expanded her school to four in different locations in Lagos.

She was the first young person to start a private school at that time, as private schools used to be managed by retired teachers. She had her Primary and Secondary school education in Nigeria, after which she proceeded to England and obtained two Diplomas in Education at St Nicholas Montessori Knightsbridge London. Upon her return to Nigeria, she took up employment at a top school, Adrao International School, Lagos.

With her vast experience and knowledge in education at a very young age, Ms. Laja founded her own school named ABC Nursery Land, a Montessori Nursery and Primary school which eventually evolved into the Lekki British School (LBS) as it is known today.

As an accomplished educationist, Dr. Laja’s network of friends cut across all facets of human endeavor, and quite remarkably so, owing to her overwhelming success in her chosen career. At the occasion of her school’s 40th anniversary in 2017, which this writer reported, she had distinguished friends and guests that graced the occasion from various sectors, including banking, judiciary, politics, culture, academics, medicine, arts, and the media. 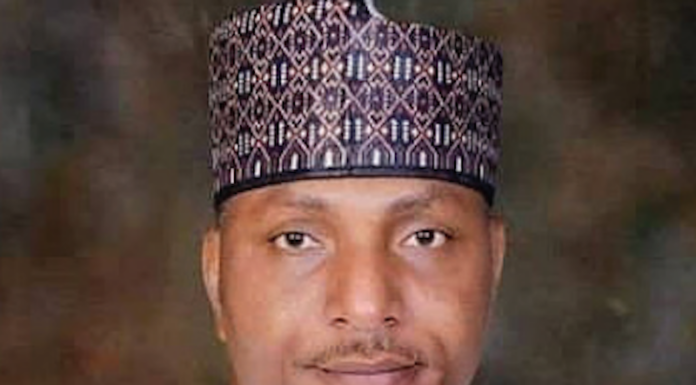