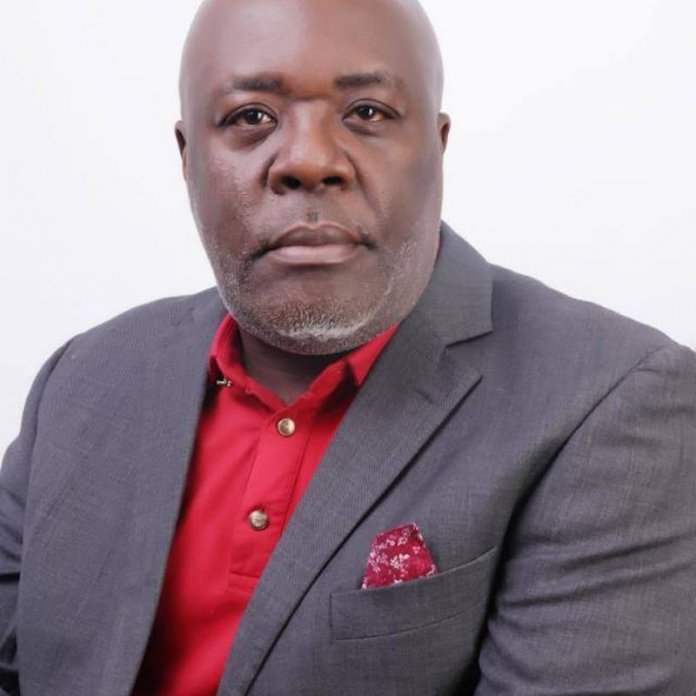 He was elected at the party’s convention in Owerri which was attended by 35 delegates from each of the 36 states of the federation and Abuja.

With this, Njoku who hails from Ibeku, in the Aboh Mbaise council area of Imo state, is expected to lead the party for the next four years.

Addressing a teeming crowd of party members shortly after his election held at the Concorde Hotel, Owerri, Njoku disclosed that the party’s convention and his emergence was consequent upon the nullification of the outcome of the meeting of the National Executive Council (NEC) of the party held on the 14th of May in Awka, Anambra state by a court of competent jurisdiction.

“I will take all necessary steps to reconcile all aggrieved members and rebuild our party and if we must support President Muhammadu Buhari or Alhaji Atiku Abubakar, it will be a collective decision and not a one man show.

“All we want is for democracy to reign in our party family and we should desist from unwarranted criticisms and put heads together to rebuild APGA”, he said.

According to Njoku, “Delegates from the 36 states, including Abuja, came and I emerged as the National chairman. We are now the authentic leadership of APGA, you see that APGA (members) are now happy.

“Like what we are saying, what they are carrying out in Awka is an illegality. They just brought few people in Government House, and said that they were doing convention.

“But here the original members of the party have come to decide who they want to be their national chairman.”

On the court order, he said: “There was an ex parte order which stopped that meeting by the National Executive Council, the meeting which took place on the 14th May, as I am talking to you now, by that ex parte order, it has stopped every decision that came out of that their NEC,meeting.

“That meeting in which they also expelled the Board of Trustees members which is meant to have started their life with that of the NEC.

“As a result of the sack of the BoT, members went to court and got and ex parte order stopping Victor Oye and APGA, from using anything that came out of the 14th May NEC meeting including holding a convention.”

The new APGA national chairman castigated Chief Victor Oye and his team for plunging the party into avoidable crisis through chains of anti-party activities, saying, “we need to apologize to all those who were misled and shortchanged before and during the last elections because we are prepared to heal the wounds”.

A fulfilled Njoku added “APGA is like Jesus Christ to us and we collectively resolved and agreed that the post of the National Chairman must leave Anambra state for another state and with a sincere spirit of team work and collectively, we shall rebuild our party. I must consistently keep on protecting the interest of APGA and nobody can push us out of this party.”