• Says it can’t promise Boko Haram will be eradicated

The Senior Special Assistant to the President on Media and Publicity, Mr. Garba Shehu, has stated that President Muhammadu Buhari has rejected a high number of bills because he has to analyse such documents closely so that he will not sign stupid bills into law.

Shehu has also said he cannot guarantee whether or not President Buhari’s administration will put an end to Boko Haram insurgency.

Shehu who was a guest on Channels Television’s Sunrise Daily, said this in Abuja yesterday.

The president’s spokesman had accused the 8th Assembly of frustrating Buhari especially in the area of delaying the passage of the budget in 2018.

When challenged with facts showing that President Buhari had rejected more bills from the National Assembly than any other president in Nigeria’s history, Shehu said the president did it for the right reasons as he could not sign stupid bills into law.

In his reaction, however, Shehu said Buhari was known to be meticulous with his work.

He said during the minimum wage bill amendment, for instance, the president drew up a list comprising ministers, stakeholders and even members of the judiciary to evaluate and agree with the contents of the bill before signing it.

The president’s spokesman said, “Let me say that the president is very methodical in dealing with matters such as this. A president could sit in that powerful office and act like he knows it all and I think in this country, we have had such Presidents but President Buhari is different because whenever bills come for signature, he will ask that a long list of stakeholders be drawn up. For example, the Minimum Wage Bill he which signed.

“Prior to that, labour groups had been demanding that he sign immediately but he refused and identified all stakeholders, ministers and even the judiciary were made to sign off on it and when this process is on, it takes a lot of time.

“Sometimes deadlines are issued and re-issued. However, the point is that at the end of it, a thorough job is done so that the President does not sign stupid documents and that is important for this country.”

He said the seven-month delay in passing the 2018 budget should be featured in the Guinness Book of World Records.

Shehu said, “The delay which was experienced in 2018 in which the National Assembly held unto the budget for seven months is good enough for the Guinness Book of Records and the President lamented this.”

When asked if ministers who failed to appear before the National Assembly to defend their respective budgets did not contribute to the delay, Shehu said the parliament should have summoned such ministers if it were true.

He said the legislative arm of government had the power to order the arrest of persons without immunity but the fact that they did not enforce such powers showed that they were only looking for excuses.

The president’s aide, however, failed to explain why Buhari had failed to sign the Electoral Amendment bill 2019 into law.

Shehu also said he cannot guarantee whether or not the Buhari’s administration will put an end to Boko Haram insurgency.

He acknowledged that while the federal government is still cracking down on Boko Haram insurgency, new security challenges have emerged.

Asked if terrorism has come to stay or it will phase out completely, Shehu said: “I can’t promise you that Boko Haram will or will not be eradicated but it is an ongoing challenge globally even in the more advanced, more weaponised nations, it is still a challenge.”

He, however, said Boko Haram has “faded away”, and that the federal government is doing all it can to tackle banditry and kidnapping.

“I am happy that there is a realisation that there is shifting ground. When the president came in in 2015, the big issue was Boko Haram. Boko Haram has faded away, it is on the way out but new challenges have arisen. You have mentioned banditry and kidnappings and these ones are being tackled,” Shehu said.

“Recent successes have been recorded, look at what for instance, the police are doing, operation Puff Adder that they launched. They have netted in over 150 suspected kidnappers and bandits and they have recovered huge quantities of weapons, guns, surprisingly, locally made semi-automatic weapons, revolvers that have multiple cartridges in Anambra, Plateau and Zamfara States.”

He said the government and security agencies have identified and have to deal with the availability of weapons if the war against insecurity must be won.

“The attacks you just mentioned is still a far cry from those attacks that we had seen in the past. They are being pushed away farther from the national population. We had mentioned this thing about cheap availability of weapons in the country and across borders,” he said. 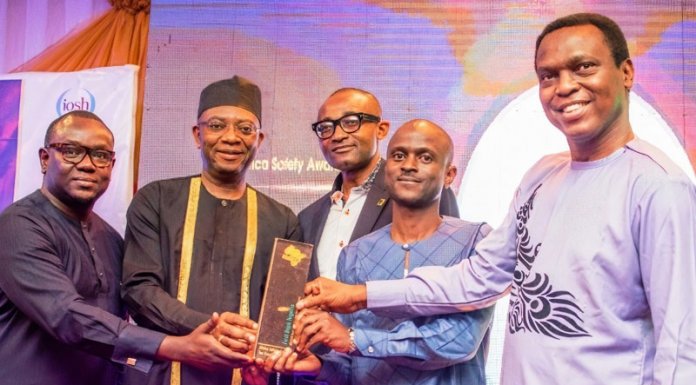