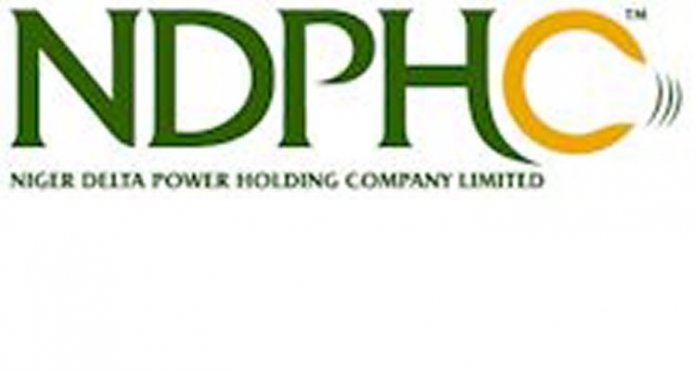 These plants to be managed by the Niger Delta Power Holding Company (NDPHC) were constructed brand new, and mostly in southern Nigeria. They immediately became the largest single intervention scheme in power infrastructure in Africa and were supposed to be sold off to private investors to run them. But this is yet to be.

While the privatisation of the plants has not happened, the NDPHC has notwithstanding continued to run them, albeit not as planned.
From intent, they were meant to be a fast-track intervention in Nigeria’s electricity supply market, bridging electricity demand and supply gaps, but not managed in the long run by the NDPHC.

Current Status of Nigeria’s power sector
Improvement in public power supply will mean to most Nigerians that they are able to get uninterrupted supply for at least 10 to 20 hours daily. It would also mean to them that their respective distribution companies (Discos) promptly supply power whenever there is unplanned cut.

Indeed, reports have shown that Nigerians would be less worried about paying cost-efficient tariff as long as there is adequate and quality electricity supply, compared mostly with how much they spend on procuring alternative supply sources.

Based on anecdotal calculations many Nigerians pay an average of N60 and N70 per kilowatt of electricity they procure from alternative sources – mostly petrol and diesel powered generating sets, and this thus suggests they would willingly pay a reasonable tariff to get such equal amount of stable electricity from the public grid.

However, improving public confidence in grid power supply will require many things but essentially, getting the Discos to improve on their services to consumers. Nigerians have been complaining for years about the poor metering systems of the Discos, especially in situations when they have to pay for services they never enjoyed.

There is also the need for steady flow of investments in the sector which could be incentivised by stable government policy; respect for contracts signed – power purchase agreement (PPA) or gas sales agreement (GSA); as well as minimal political interference in the business of power generation and supply.
Investors in the market have in interactions with THISDAY pointed to the uncertainties in Nigeria’s power market as reasons why they often cash-out on their investments quickly, instead of making long-term investments.

Discos Still Largely Untrusted
The Discos which are the direct contact between players in Nigeria’s electricity market and consumers, have for years battled to gain the trusts of consumers. Being responsible for service delivery to consumers, they are equally responsible for revenue collection and in this regards key to the survival of the sector.

While it is true that the Discos can only distribute the volume of electricity allotted to them from the national grid, it is also possible from evidence that they have largely shirked their responsibilities to consumers, just as consumers equally fail in their obligations to the Discos. This notwithstanding, means that consumers’ ratings of their performance have remained low even after about five years of power privatisation.

NDPHC Under Buhari
Caught between the tough business of producing electricity and mostly trading them on patriotic grounds, the NDPHC has largely functioned as either a subsidy or rebalancing agent in the power sector under Buhari’s government. And this as THISDAY learnt could chiefly be the intention of the government for it, at least for now.

Its Gencos were planned and built with an installed power generation capacity of circa 5000 megawatts (MW), and they were to bridge the power demand and supply gap in the country.
However, due to the challenges which came with Nigeria’s power market privatisation, these plants currently deliver less power than they can and should to Nigerians.

For persistent reasons such as distribution shortfalls – power Discos unable to pick and distribute all power generated in the industry; transmission constraints as well as gas supply shortfalls, and even poor pay for power supplied to the grid, the NDPHC has seen its plans for consistent progress and efficiency stalled, yet in the periods under consideration, it has lived on and even continued to take on more tasks outside of its remit.

Also on the table of the NDPHC when Buhari took over were court cases by host communities especially on way lease for its assets including generation plants and transmission lines. And these required the attention of the new board when they were inaugurated by the government back then.

THISDAY gathered most of the fair complaints on this have been treated and compensation paid with one peculiar case been that of Ikot-Ekpene which had a long-drawn court injunction.
“We don’t just sit back in our offices because we are not engaged to do that. When I came here I had to let them know I was not sent to push people out of job but to give Nigerians light,” said NDPHC’s Managing Director, Mr. Chiedu Ugbo, in an interaction with journalists on the issue then.

Furthermore, on the operations of the NDPHC, it was gathered that the unit price of electricity to the grid has remained the cheapest in the market, thus indicating that despite the business of power being a commercial venture, the shareholders of the NIPP which are the three tiers of government are rather interested in serving Nigerians than making profit – at least for now. So, under Buhari, the NDPHC has largely sold its electricity cheaply to the grid.

But then, that also comes with some heavy financial burden which the Central Bank of Nigeria (CBN) may have taken up with a N701 billion payment guarantee extended to the Nigerian Bulk Electricity Trading Plc (NBET) to keep power Gencos on. The N701 billion loan was negotiated and obtained by the NBET to offset payments to Gencos and gas companies at least to the tune of 80 per cent while the Discos hesitated in their full revenue remittances to the market.

Again, on gas supply which was a key challenge that even affected the initial attempts to privatise its Gencos, the NDPHC informed THISDAY that it has worked to ensure constant gas supply for its Gencos in Alaoji; Gbarain; and Calabar. It added the Calabar Genco currently has the most efficient gas delivery agreement with good pipeline and could deliver optimally, but then the current limited capacity of the transmission grid managed by the Transmission Company of Nigeria (TCN) means it can only produce as much as it is asked to by the System Operator.

Furthermore, to address the financial burden of the NDPHC, the government asked it to leverage the Eligible Customer regulation of the Nigerian Electricity Regulatory Commission (NERC) with the intention of selling constrained electricity volumes from its Gencos to eligible electricity customers not too far from them.

Need for political will
Based on conversations with industry stakeholders, the current set up of the NDPHC under Buhari would do a lot better than it does today if it gets the relevant political backing, strong and committed enough to push it to conclude its legacy projects and go on to a new chapter as envisaged in its long-term plan.

Because the NDPHC has set for itself ambitious goals, it wants to do more on transmission projects; working to improve the 3000MW in its plants to get to end users; finding out and fixing distribution challenges in the Discos’ networks; and foraying into renewables, it would require a strong backing of the political class to push through these, and remain efficient.

For instance, in renewables, it reportedly commissioned 20,000 units of Solar Home System (SHS) and 1, 073 solar powered boreholes across communities in the north which have no access to grid electricity supply, and deployed 200 units of the SHS as pilot programme in Wuna community with estimated population of 800 people – predominantly farmers, in Abuja. To further this and make its impact extensive, it would need that its balance sheet is healthy to inspire interested investors.

It would also need the political class to appreciate that nobody can really fix Nigeria’s underdevelopment without fixing her electricity challenges, as such, clearing the various man-made and systemic problems such as adherence to contract execution timeline and enforcement of penalties for defaults should command great commitment from it.

Additionally, while the government appears to favour a business model that’s not favourable to the operations of the NDPHC, it would be reasonable for it to ask the regulator to recognise the cost-effective price of the units of electricity supplied by the company and reflect the shortfalls as regulatory assets which it could use to incentivise willing investors whenever the CBN financial interventions dry up.

Similarly, industry experts also believe that consistent funding of the TCN to improve its transmission capacity would enable the NDPHC fire more of its Gencos and send more power to the grid, as against shutting them down which in technical perspectives is inefficient.