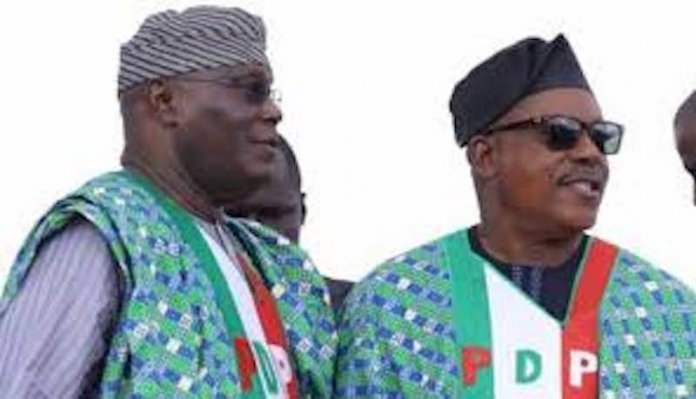 In a matter of days, President Muhammadu Buhari will begin his second term in office even though his electoral victory is being strongly disputed at the Election Petitions Tribunal. Adedayo Akinwale examines the shape of opposition to come in the eventuality that Buhari is handed the legal victory also

By May 29, 2019, President Muhammadu Buhari of the All Progressives Congress (APC) will begin his second term in office and the journey for the next four years will begin in earnest. This will be the first time the former opposition party will be saddled with the responsibility of piloting the affairs of the country for eight years at a stretch, having successfully wrestled power from the Peoples Democratic Party (PDP) in 2015.

For a party that has ruled the country for 16 years before it was defeated for the first time in 2015, it would be left with no choice than to put the APC-led federal government on its toes by providing a formidable and constructive opposition to the ruling party for the next four years except something changes.
During the first two years of Buhari’s first tenure, the PDP was unable to play the role as the party due to its internal crisis and post-election shock. Initially, former Borno State Governor, Ali Modu-Sheriff, was appointed the acting national chairman of the party on February 16, 2016, to lead the party out of the woods before his own removal from office at the 2016 National Convention. He was replaced by Ahmed Makarfi as national caretaker chairman.

Sheriff’s removal did not go down well with him, culminating in leadership tussle with Makarfi, from May of 2016, when the PDP held parallel conventions in the cities of Abuja and Port Harcourt on the same day. It took the intervention of the judgment of the Supreme Court in June 2017, before the matter was laid to rest.
While the crisis last, former Governor of Ekiti State, Ayodele Fayose, assumed the role of de-facto spokesperson of the party, who at the time gave the Buhari-led government a run for its money. Same goes for a former Minister of Aviation, Chief Femi Fani-Kayode, whose acidic pen whipped the leadership of the ruling party in line and also put the federal government on it toes.

Political analysts are, however, of the opinion that the main opposition party cannot afford to abdicate its role this time around as the journey for the next four years of President Buhari begins. They were also of the opinion that since Buhari would not be eligible to contest in 2023, it means the coveted seat would be for all to grab if the PDP plays it card very well, especially with the sudden demise of the Coalition of United Political Parties (CUPP).
Nevertheless, the National Publicity Secretary of the PDP, Mr. Kola Ologbondiyan said that in spite of the rigging that characterized the just concluded election that the people are not with APC. He insisted that the party has always been providing a formidable opposition and would continue to do so.

“From all the mago-mago, from all that they did, from all their under-hand measures, we have fourteen states fully declared and you are still asking if we are ready. The people are with us, the people are not with APC, so the issue of readiness is not even there.”
A political analyst, Mr. Jide Ojo, believed that the PDP has already begun to play the role of a major opposition party, even though they couldn’t do that in the first two years of this administration, because of their own internal wrangling caused by the leadership tussle between the Makarfi and Sheriff factions.

He said, “Since that time and ahead of the election, PDP spearheaded the opposition and actually tried to galvanize many of them under the auspices of CUPP, which is an offshoot of Inter Party Advisory Council (IPAC). And a majority of CUPP members were actually sympathetic to PDP.
“This is the first in about twenty years that PDP will seek the hand of friendship and support of opposition parties. We do not know where CUPP is today but we could see that virtually on every national issue, PDP’s position has been very clear, even when the news broke on Monday about the stringent conditions for National Assembly correspondents even the PDP party chairman has an opinion on that.

“So, they are poised knowing full well that after the initial body language of the president and the president settling down, the APC leadership has not been able to deliver on many of its campaign promises and of course that gives opportunity to the opposition to have something to criticise.
“And they are doing that successfully even to the point of becoming a nuisance. But then, that tells you that the ruling party knowing full well that after this term President Buhari will not be fit and proper to contest again, so it will be up for grab, an election where the incumbent is not contesting is usually very thick.”
Ojo added that the PDP will be looking forward to 2023 presidency, since the ruling party already promised both South-west and South-east, saying while they are in a dilemma of whom to choose for the next round of the presidential election, the main opposition party would have taken advantage of the mess created by the APC.
He added: “I believe PDP has been a major opposition and will play that opposition role more robustly in the next four years.”
The spokesperson for the Atiku Campaign Organisation, Mr. Segun Sowunmi assured that the presidential candidate of the party would not be silenced whatever the outcome of the Presidential Election Petition Tribunal might be.

Sowunmi said, “We are going to be bringing forward alternative viewpoints on policies, on ideas and directions and the reason is that democracy is supposed to be like that. Democracy does not imagine that once one man is declared winner, the opposition goes to sleep, it doesn’t work like that anywhere not in the parliamentary system, the presidential system; continue to in guarded manners throw up solutions. We will begin to say this is how it should have been; this is what we think; this is how it should be.”

Meanwhile, a popular lawyer, Kayode Ajulo, was of the view that with the atrocities committed by the PDP while in power for 16 years that the party should be proscribed. He said Buhari’s reelection was a rejection of the PDP and the party represent.
“If I have my way like what some of us even mentioned, my expectation is that the PDP should be proscribed.”
Ajulo pointed out that for any viable opposition to come up, it depends on the way APC conducts it affairs. He stressed that the president should be on his toes by quickly getting his ministers together, roll out his programme and pursue it rigorously. He said it would help in fulfilling the aspiration of the people and even his campaign promises

The lawyer explained: “Democracy itself is about wishes of the people…if he cannot…bring Judas Iscariot or Barnabas, Nigerians will vote for such a person. In my view, we are going for another term, Nigerians are becoming impatient; Nigerians want to see results. Mind you, if you cannot fulfil that aspiration – peoples’ yearning – people will look for their salvation somewhere else and that is the beauty of democracy.”
Therefore, as Buhari takes the oath of office for a renewal of the mandate for another four years, the opposition too is not likely to take no prisoners as far as the next four years is concerned, and this is thinking also that the PDP might not do very well in court, where it is currently challenging the outcome of the election.