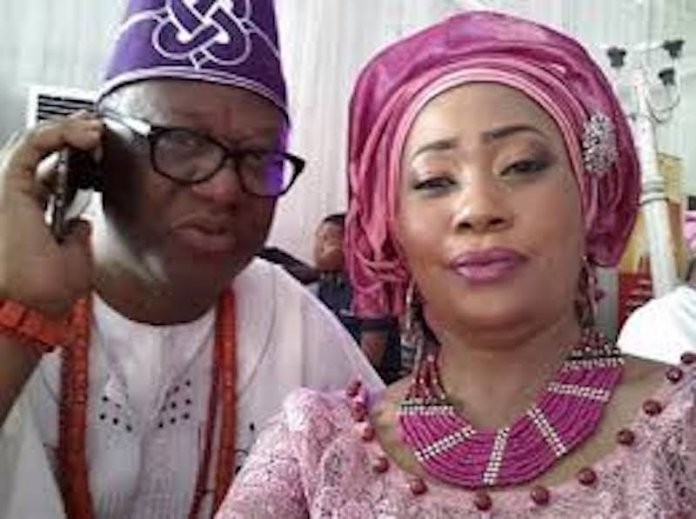 Barring any change in plans, the ancient town of Ile Ife in Osun State will soon come alive, as Prince Adegboyega Ogunwusi, an elder brother to the Ooni of Ife, HRH Oba Enitan Adeyeye Ogunwusi, will be taking a second wife.

It was gathered that Prince Adegboyega, the Sooko Laekun of Ile-Ife and the Lagos socialite, Funmi Onabamiro, had enjoyed a sizzling romance for a long time.
They set tongues wagging during the coronation of Ooni Ogunwusi in December 2015, but the two love birds reportedly kept their affair low thereafter.

Shockingly, even as the rumour of the planned wedding has gone viral, it is being insinuated in some quarters that his three sisters are against the affair.
‘Everyone in the palace supports their relationship and they are all happy about the coming marriage. So, there is no truth in the rumour making the rounds that they are against it,” a source said. Prince Adegboyega, who is a businessman, is a graduate of the University of Ibadan, while Funmi, a graduate of the University of Lagos, is one of Shade Okoya’s best friends.

Funmi was a top staff of Globacom Telecommunication for many years before resigning to set up a private business. She currently runs Praiseville Estate, an event centre, located in Ogudu GRA Phase 2, Lagos.