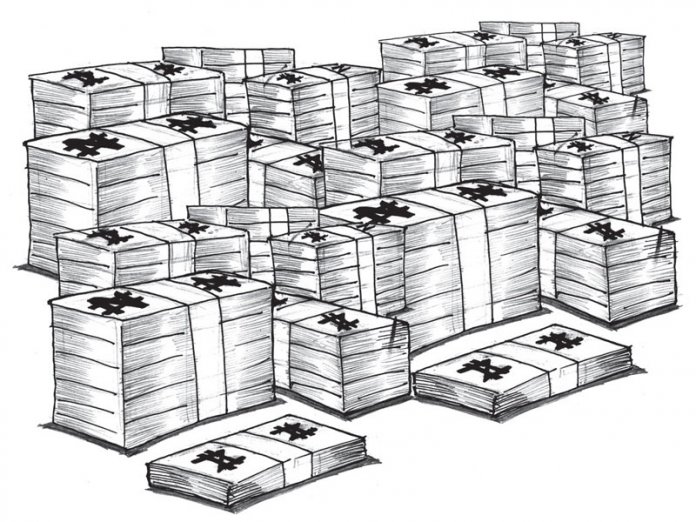 In a bid to sanitise the recklessness and impunity at the third tier of government, the Nigerian Financial Intelligence Unit (NFIU) recently announced new guidelines for the operation of the joint account system. By the new rules, the joint account system only exists for the receipt of allocations from the federation account but not for disbursement. Last week, Nigeria Governors’ Forum (NGF) took up arms against the NFIU on the new directive. In a letter signed by its chairman and Governor of Zamfara State, Abdullaziz Yari, the NGF accused the NFIU of acting in excess of its powers and “stoking mischief and also deliberately seeking to cause disaffection, chaos and overheat the polity.”

However, in a follow up statement, the NFIU insisted that the new regime on cash disbursement would take effect from June 1, despite the hint on the unconstitutionality of the exercise by the governors. In addition, it said any payment above N500,000 by the councils should be done via cheques and electronic transfer for easy monitoring and transparency. “The unit also maintains its understanding of the 1999 constitution,” said the spokesman of NFIU, Ahmed Dikko, “that no debit is allowed on any local government funds unless and until the funds are credited to and reach the bank accounts of a local government in any state of the federation.”

The 1999 constitution (as amended) provides for a three-tier government, namely federal, state and local governments. In fact, the constitution clearly defines the federating units of Nigeria and the local government areas in section 3(1) stating that there shall be 36 states in the country, and in section 3(6), the number of local government areas in the second column of Part 1 of the First Schedule of the constitution. But while there may be no ambiguity concerning the existence of the local government system of administration, governors in virtually all the 36 states have since 1999 rendered that tier of government practically ineffectual. The councils are at their beck and call as they are run by appointed caretaker committees. The joint accounts are held by both the states and councils but solely administered by the states. In most cases, the governors are only willing to release funds for recurrent and administrative expenditure with only a little cash to spare for their chosen caretaker administrators.

Thus while the constitution outlined the functions, duties and responsibilities of the local councils, the same constitution is silent regarding any protective mechanism that guarantees financial and political autonomy. Most of the crucial decisions are left at the whims of the state governors, perhaps because they are also held to account by their people for responsibilities that ordinarily should be that of local governments.

Even so, it is neither practical nor expedient to expect that there is an easy way out. The best that the NFIU directive can achieve is perhaps reduce the volume of cash transactions and in ensuring that council allocations hit council accounts. But it will only take some further paper works to revert to the old ways and subvert the system. The best way to resolve the crisis is through a constitutional review that will redefine the role and structure of the local government.