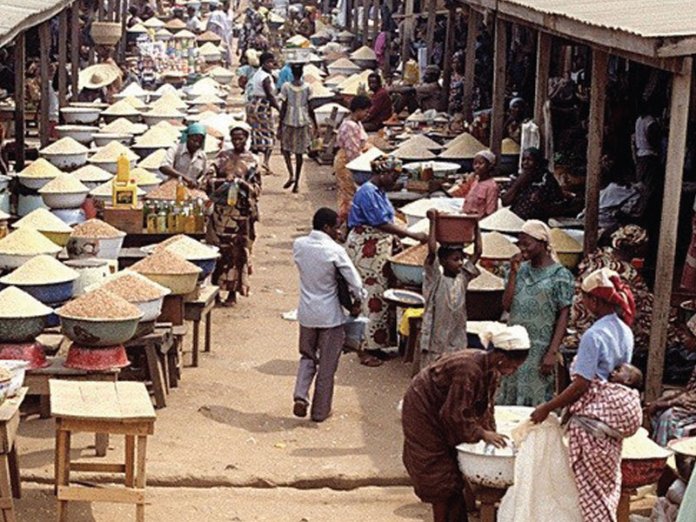 With an estimated 600 million cases of foodborne illnesses annually, unsafe food has become a threat to human health and economies, especially women and children write Ugo Aliogo and Oluchi Chibuzor

Food is necessary for survival because it determines the health and well-being of people. In Nigeria, as the population rises, feeding a healthy population becomes vital.

Therefore, achieving food safety in Nigeria will require conscious efforts in creating and providing a sustainable food production mechanism to cope with the increasing pressure of feeding the people because of changes in consumption patterns.
For instance, the World Health Organisation (WHO) in a report noted that access to sufficient amounts of safe and nutritious food was important in sustaining life and promoting good health.

The report noted that unsafe food containing harmful bacteria, viruses, parasites or chemical substances, causes more than 200 diseases ranging from diarrhoea to cancers.
It also stated that an estimated 600 million almost one in 10 people in the world fall ill after eating contaminated food and 420, 000 die yearly, resulting to the loss of 33 million healthy life years.

Reacting to the issue, an expert in food science and technology, Alfred Ihenkuronye, said more than 200,000 persons die of food poison in Nigeria annually.
He also noted that the deaths were caused by contaminated foods through improper processing, preservation and service.
“There are many avenues through which foods can be contaminated. And when people eat these foods, they will have problems which may result in deaths,” he noted.
Also commenting on the issue, the Head of Department, Food Technology, Yaba College of Technology, Mr. Oladeinde Ogundipe, noted that food safety is very important for the nutrition and well-being of all Nigerians.

He also said because the issue transcends beyond just eating of food, therefore, he noted that the safety of food affects the overall well-being of an individual, ability to perform very well at workplace and live a normal live.
Ogundipe, urged government to pay attention to the issue of food safety, adding that it is beyond having a food safety commission.
“So food safety is very important, the government should pay very serious attention to food safety, however, it transcend beyond having a food safety commission, there is bill presently that has been passed to the President and it has to do with Nigeria Institute for Science and Food Technology (NIFST), food safety is one of the sub-set of what NIFST bill is addressing so the government should transcend beyond food safety commission,” he added.
He explained that NIFST deals with everything that has to do with food processing, preservation, nutrition, and food safety, stating that there is a professional body for nutrition.

Ogundipe urged food scientists and technologists to ensure they know the nutrient implication of the food they process and preserve especially how it must be processed in safe manner.
According to him, “As food scientists, they should talk about processing from the standpoint of small skill farmers they are the people that process most of the food we eat, if we want to be practical.
“Therefore there is need to educate them and the bill of NIFST is already addressing that, but there are some grey areas that the President Muhammadu Buhari wants addressed, so if those areas are addressed, the bill will get his assent.

“There is need for synergy between the agencies of government. I am aware of The National Agency for Food and Drug Administration and Control (NAFDAC) and Standard Organisation of Nigeria (SON) already addressing some of these issues. “There are other professional bodies that should also address some of these issues, like the Nigerian institute of safety professionals, Institute for Public Analysts of Nigeria (IPAN), because you have to analyze food and after the analysis, identify the gaps.

Regarding the food value chain, Ogundipe explained that along the food value chain, there is need for agriculture extension workers to educate farmers who didn’t have formal education about food processing and safety.”
He remarked that farmers communicate better with the agriculture extension agents in the communities, adding that effective training of the farmers would promote safety in food processing.

Training and Collaboration
Furthermore, Ogundipe explained that there was need for synergy between the private and public sector in the area of self-sufficiency in food production.
He also noted that some of the reports from World Bank and Food Agricultural Organisations (FAO) suggested that the Nigeria population is growing; therefore, the country would face major challenge feeding the people with wholesome, safe and nutritious foods.

He added that there is need for synergy among all the relevant agencies in order to identify the gaps and find how those gaps would be addressed.
According to Ogundipe: “There is need for capacity development of the trainers in the tertiary institutions especially in the areas exposure. Nobody will develop your system for you; there is need for indigenous solutions by well-trained hands.

“The institute for IPAN cannot address all the safety issues, because they are basically involved looking through your processes, if you want to start manufacturing, they analyse and if IPAN finds your processes good enough, they will recommend to NAFDAC. Adult education department of several learning institutions are also important because they learn how to communicate with the indigenous people. Veterinary doctors are also critical in the issue of food safety.

Food Safety Commission of Nigeria
The Act to establish the Nigerian Food Safety Service Commission charged with responsibility to prevent and fight against food, waterborne diseases and related matters, sorts to have a government regulatory body with equal representation from government, international organisations and private sector.
The purpose of the commission according to the bill involves assisting health workers in the prevention of food and waterborne diseases, collaborate with relevant establishments to set food standards from production to consumption to protection the health of food consumers and ensure fair practices in food trade, undertake appropriate investigations into the food premises, food markets, diaries, slaughter houses or abattoirs, undertake inspection of food premises, food markets, diaries, abattoirs and water supply and distribution, regulate the publications, printing and sale of books or manuals on food hygiene and safety matters to students and other readers.

The bill also aims to cover issues such as developing national license for all food handlers and food vendors, after their training on food safety, licensing of food business premises after inspection, and certification of food safety workers.
It also covers aspect of enforcement that will ensure that food safety inspectors and the effort of the Nigeria Police Force to work in collaboration to abate nuisances in food handling; collaborate with the consumer protection agency to ensure food safety standard.
Public Health and Food Safety

In addition, the WHO noted that food contaminated with bacteria, viruses, parasites, toxins or chemicals causes more than 600 million people to fall ill and 420 000 to die worldwide every year.
Illness linked to unsafe food overloads healthcare systems and damages economies, trade and tourism.
WHO further stated that the impact of unsafe food costs low and middle income economies around $95 billion in lost productivity each year.
The world health body explained that in view of the above threats, food safety must be a paramount goal at every stage of the food chain from production to harvest, processing, storage, distribution, preparation and consumption.

WHO added that foodborne diseases since beginning of creation has been a source of concern to all societies with types, severity and impacts of these illnesses changing according to ages and are still diverse across regions, countries and communities.

International Food Safety Conference
At the Food Agriculture Organisation (FAO) international conference on Food Safety with a theme; ‘The Future of Food Safety – Transforming knowledge into action for people, economies and the environment’ in Addis Ababa, Ethiopia, participants had highlighted the need to engage in an urgent reflection on food safety challenges.

The conference had also examined the need to identify key actions and strategies to address current and future challenges to food safety globally.
Another important issue strengthening commitment at the highest political level to scale up food safety in the 2030 Agenda for sustainable development.
The key point of the conference was aimed at highlighting the integral role of food safety in achieving the 2030 Agenda for sustainable development, in particular its SDGs goals 2, and 3.

The participants also noted the ongoing changes in climate, global food production and supply systems and the need to empower the consumer through improved and evidence-based health and nutrition information and education.

At the conference, there was collective agreement on integrating food safety into national and regional policies as a means to achieve the 2030 Agenda for SDG, by setting a firm political commitment and coherent action across multiple sectors in order to promote safe and diversified healthy diets.

The participants stressed the need to identify key actions and strategies to address current and future challenges to food safety globally, strengthen commitment at the highest political level to scale up food safety in the 2030 Agenda for SDG, especially with the ongoing changes in climate.
The participants further explained this is pivotal moment demanding urgent international reflection on actions needed to bolster food safety, which would start in Addis Ababa and continue in Geneva.

They added: “Priorities will be discussed so that food safety strategies and approaches can be aligned across sectors and borders, reinforcing efforts to reach the Sustainable Development Goals and supporting the UN decade of action on nutrition.” 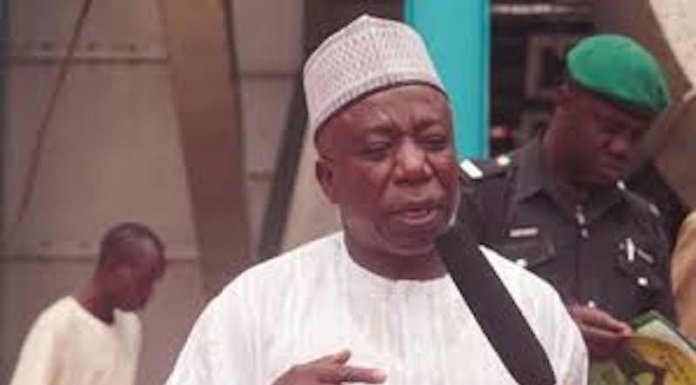