The Minister of Budget and National Planning, Senator Udoma Udo Udoma yesterday said though the economy slowed to 2.01 per cent in the first quarter of the year, from 2.38 per cent in the preceding quarter, the performance is nevertheless commendable.

Noting that the performance represented the strongest Q1 performance since 2015, he said “starting the year with GDP growth rate of 2.01 per cent is encouraging because the first quarter of the year often records the slowest growth in GDP.”

Speaking at the end of tenure press conference to highlight the achievements of the ministry, he further hinted that employment generation will be the focus of President Muhammadu Buhari’s second term.

The minister said:” Yes, two per cent is weak growth but the key thing is the direction of movement. We must stay focused and we will surely get there.”

He also admitted that the ERGP targets may not be achieved in 2020 as earlier projected, adding that it could nonetheless still be realised during Buhari’s second term in office.

According to him:”The result of the first quarter 2019 is also encouraging given the fact that this was an election period. As you are well aware both domestic, as well as foreign investors, tend to be a little cautious when elections are imminent.

“This cautious investor sentiment normally impacts negatively on growth. Having successfully emerged from the elections, we expect a post-election dividend as confidence is restored.”

He said Buhari had also indicated his commitment to sustain the implementation of the ERGP to ensure that a GDP growth rate of three per cent was achieved this year, expressing further optimism that the country could achieve seven per cent growth during Buhari’s second term.

“It is my hope that the seeds we are currently laying will propel us to achieve our three per cent GDP growth target in the course of Mr. President’s second term,” Udoma said.

He maintained that the implementation of the ERGP resulted in the economy exiting recession in the second quarter of 2017, returning subsequently to the path of growth with most economic indices showing positive momentum.

The minister said the best way to guard against external shocks was to aggressively pursue the diversification of the economy.

He said: “We are aware that global shocks can never be ruled out and so the way that the ERGP addresses it is to intensify diversification and to intensify local production.

“We must look inwards, we must increase local production and at the very least, we must try and make sure that at least we can feed ourselves and produce enough for export and that is why agriculture is such an important element of the economic recovery and growth plan”

Udoma expressed appreciation to the media for the support he enjoyed in their coverage as well as the ministry and President Muhammadu Buhari.

He said: “On resumption of office we worked to ensure that the Budget Office was properly integrated as part of the ministry. We adopted the zero-based approach for budget preparation, which required justification of every budget item for funds allocation.

“However, it must be explained that even under a zero based approach there are still ceilings applied because of funding constraints. We introduced online budget preparation to ensure that the identity of any person inputting any budget item can be ascertained.

“This has improved the integrity of the budget. Most importantly, we were able to ensure that our executive budget proposals are aligned with the strategic policies of government as set out in the Medium-Term Fiscal Framework and Fiscal Strategy Paper, and other governmental programmes and plans.” 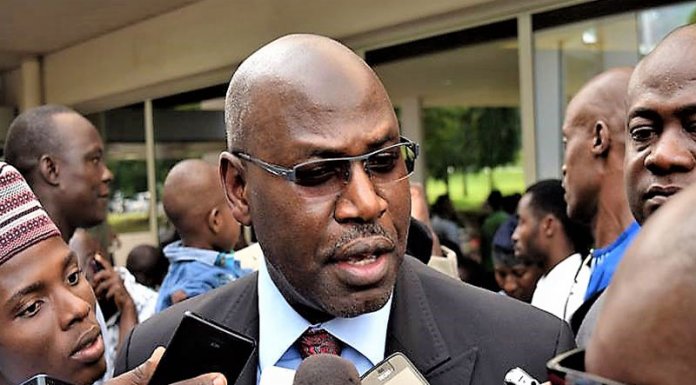