In today’s rapidly transforming global economy, the only thing constant is change. Businesses that are not keeping up with the trends or are unable to adapt to new disruptive technologies and innovations will sooner or later find themselves out of business.

There are a few examples of market leading companies that went down as a result of not reading their markets right and being unable to keep up with innovations within their industry. Fifteen years ago, Nokia was the market leader and dominant player in the mobile phone industry accounting for over 30% of mobile phone sales globally. However the market changed very rapidly due to several innovations in the industry but Nokia had become complacent as the market leader and did not innovate as quickly as the market was transforming. By the time they realized, it was too late. The market had moved on and they were left bankrupt.

Another industry that has been rendered obsolete is the photographic film camera industry where the two leading players; Kodak and Polaroid, failed to respond adequately as digital photography caught on in the 1990s. Ironically it was Kodak’s research team that first came up with the digital camera in the early 1970s but they failed to develop the technology because the company made more profits from the sale of films than from the sale of cameras and they didn’t want to lose that revenue stream. As a result of the failure of these companies to innovate and adapt to disruptive technologies, both companies have since filed for bankruptcy and gone under.

Bearing in mind what these disruptive innovations are doing to industries all over the world and the consequent effect on those that refused to adapt, it makes it imperative for us as a nation to plan ahead to avoid the consequences of not adapting to change and going down like those who refused to adapt.

The Nigerian economy is one that is largely dependent on crude oil revenue to sustain its economy given the fact that crude oil accounts for 70% of government revenues and 90% of export earnings. As a result of this, any disruption in the crude oil industry will greatly impact on the Nigerian economy.

Today, there is a big push away from using crude oil(fossil fuels) as the primary source of energy globally. Apart from the fact that global oil reserves are fast depleting, due to environmental concerns, there is a concerted effort by Western and some Asian countries to phase out the production of cars using fossil fuels and concentrate more on the production of vehicles using renewable energy. As a result of this some countries have even gone to the extent of passing legislation on dates to phase out vehicles powered by fossil fuels.
German car manufacturers are presently investing over 60 bilion euros in the building of electric car factories, likewise China, Japan and Korea are making similar heavy investments. Tesla an American car manufacturer that specializes strictly in the production of electric vehicles is currently the fastest growing car manufacturing company the world and virtually all major car manufacturers in the world are scaling up their production of electric vehicles. All these point to the fact that the world is moving away from fossil fuels as a means of powering our vehicles and this will clearly result in a global decline in the demand for crude oil.

A fall in the global demand for crude oil will translate into a fall in price of the commodity as time goes on and countries like Nigeria that depend heavily on the commodity will be greatly impaired if we fail to respond to this pending disruptive innovation that is staring us in the face. Apart from the loss of revenue, oil producing companies will lose a lot of their value as a lot of the assets in the industry become obsolete.

Nigeria has heavy investments in the petroleum industry through the government-owned NNPC that is estimated to be worth anything between $300 billion and $500 billion. In twenty years time when the real effect of the disruption in the industry would have fully set in, the value of this investment may not be worth up to $10 billion. This is apart from the sad reality that the industry will no longer be bringing in any appreciable revenue into the coffers of the country.

The good news is that we still have enough time to plan ahead to mitigate against this impending loss to the economy and strengthen our economy to remain relevant in the emerging global economy.

Government should as a matter of urgency through transparent bidding that will be handled by the World Bank sell off all its investment in the oil sector and the proceeds of the sale should be invested in Human Capital Development and our sovereign wealth fund. By so doing we will be able to save the country hundreds of billions of dollars due to depreciation that will happen in the oil industry whilst at the same time we generate huge revenues that can be invested in preparing Nigeria and Nigerians for a world after Oil.

There are fears in certain quarters that government will cease to make revenues from oil if it sells the NNPC. This is not true as government will still continue to make revenues from the oil companies through royalties and petroleum profit tax after these companies are sold. What they will forfeit is production sharing from the Joint Venture companies that would have been sold off. Also savings will be made form selling off the loss making arms of NNPC that constitute a huge drain pipe in the coffers of the nation. With the selling of NNPC government can now focus mainly on the generation of taxes to meet it’s financial needs.

Given that our current tax to GDP ration is less than 5%, there is a lot of opportunity to significantly improve government’s revenue in this area when we take into cognizance that some of our fellow African countries have tax to GDP ratios of up to 20%.

––Oshobi wrote in from Lagos. Can be reached on kunleoshobi@outlook.com. 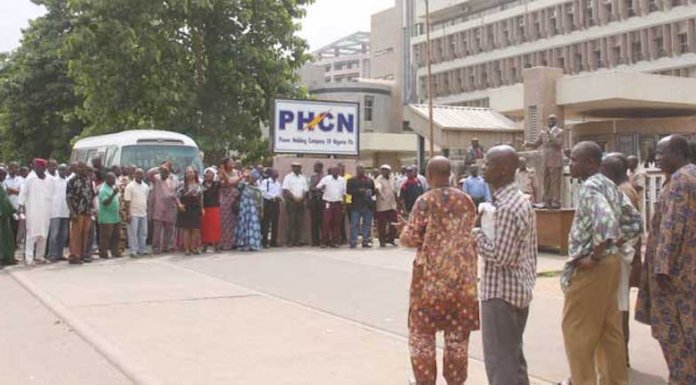