The speed at which the Senate confirmed the re-appointment of the Central Bank of Nigeria Governor, Mr. Godwin Emefiele, was a display of confidence in the activities of the banking regulatory authority, reports Obinna Chima

The Senate, last Thursday, passed a vote of confidence on the Central Bank of Nigeria (CBN) Governor, Mr. Godwin Emefiele, given the speed at which his re-appointment was confirmed.

Senate President Bukola Saraki, who announced the CBN governor’s confirmation, congratulated Emefiele on his re-appointment and wished him a fruitful tenure, adding that, “he use this opportunity to continue to provide support to ensure that the economy of our country continues to improve and address the important area of ensuring microeconomic stability.”

President Muhammadu Buhari had on May  8 reappointed Emefiele for an unprecedented second term and requested the Senate’s confirmation of the appointment.

The process that led to Emefiele’s confirmation commenced last Wednesday with Emefiele’s screening by members of the Senate Committee on Banking, Insurance and Other Financial Institutions.

After Emefiele’s presentation to the committee, members praised him for his performance in the last five years and indicated that he would be recommended for confirmation.

The Committee Chairman, Senator Rafiu Ibrahim, said the committee was impressed by Emefiele’s performance as governor of the central bank.

Senior Special Assistant to the President on National Assembly Affairs, Senator Ita Enang, who presented the CBN governor for screening, had commended the Senate’s speedy response to the request of the president to confirm Emefiele.

Enang had said, “This confirmation will be seen as one of the fastest requests to be considered by the Senate. The executive is grateful.”

A member of the committee, Senator Fatima Raji-Rasaki, in her contribution, urged the CBN boss to ensure any time there are funds like the bailout fund, the government is properly advised on how to disburse the fund for the benefit of Nigerians.

Senator Hope Uzodinma reminded his colleagues that the screening was for re-appointment and not a fresh appointment.

He noted that in the wisdom of the president, the CBN governor passed his examination hence his re-appointment for a second term.

The Kaduna Central senator advised the CBN boss to consolidate  the growth of cotton and textile industry, especially in Kaduna and Katsina States.

Reacting to certain attempts to smear the image of the CBN governor, Senator Ibrahim, the committee chairman,  noted that the good work the CBN governor was doing might have attracted distraction to him.

“When you see a good thing some people want to distract it,” he said. At least, 17 senators attended the screening.

In his presentation before the Senate Committee, Emefiele said the central bank would be hard on the nation’s economic saboteurs.

He added: “We will push very hard to ensure that those who seek to undermine the policies of Nigeria without respecting the laws of this country will be brought to book under any circumstances.”

The CBN governor, who appreciated the avalanche of prayers offered for his success by the committee members, acknowledged that the road ahead of him was very rough.

“I thank you for praying for me because we need it and I say this because the road ahead is still rough and very tough,” he said.

He, therefore, called on the citizenry to cultivate the habit of respecting government policies and laws.

“I want to appeal to all Nigerians that a time comes in the history of a country where you have to learn to respect the policies and laws of a country. Part of the problem that we have seen in Nigeria is lack of respect for the policies of this country.

“Nigeria is very good at putting in place policies that are sound and workable. But implementation has always been almost zero. And it is arising because we see people sabotaging government activities,” he said.

“Substantially today, our rates have converged around N360 to $1 because the investors and exporters will know which is the dominant market for procurement of foreign exchange today; it hovers around that rate.

“But what you will find is multiple windows and we don’t have any apologies for it.”

“What we saw that resulted in us creating multiple windows – we want to make sure that those who seek to travel, who will normally go to our banks to ask for foreign exchange and the banks will turn them away, and these people will seek to go to black market to buy foreign exchange, we said No!

He said Nigeria’s population was expected to peak at 425 million people by year 2050 going by the IMF/ World Bank Economic Outlook.

According to him, the CBN from the monetary policy side has come to realise that using the instrumentality of the Anchor Borrowers Programme where access to credit is being provided to the masses all over the country, will be a way to generate employment and boost economic activity among the rural population.

“We just came back from the IMF/World Bank programme in April. And in the World Bank’s/IMF’s World Economic Outlook, Nigeria is positioned as a country whose population will grow and rise to over 425 million people by the year 2050.

“That will present Nigeria as a country with the third largest population in the world after China and India and indeed surpassing the United States of America in population.

“I worry and I do think that we all should worry that a lot of work needs to be done to make sure that we are able to put in place policies that will make life good for this 425 million people when we are the third largest population in the world.

“So, we from the Central Bank of Nigeria, from the monetary policy side, have come to the realisation that using the instrumentality of the Anchor Borrowers Programme where access to credit is being provided to our masses all over the country, that it will be a way to generate employment and boost economic activity amongst our rural population,” he added.

Continuing, he said: “The results are there to see that as a result of our Anchor Borrowers Programme, where we have disbursed over N190 billion to over 1.1 million smallholder farmers, cultivating over 1.3 million hectares of land, that we need to do more of this.

“As we do this, we make finance available at low-interest rate; we make access to credit easy for our people. And in doing this, we will be able to create jobs for them and improve the livelihood of our people.

“That is a sole thing that we make. And I am very optimistic that this can be achieved.”

Furthermore, Emefiele assured that the monetary policy authority would do everything possible to ensure that they move the country forward.

“Aside from the Anchor Borrowers Programme, we are also looking at special programmes targeted at wholesale growth of agricultural sector in Nigeria. Aside from rice and other small good crop markets, we have started looking at palm oil.

“Because we believe that this country has a lot of potentials in palm oil. If you think about what this country was in the 50s and 60s, Nigeria being a country at that time that controlled 40 per cent market share in palm oil industry, exporting its palm oil to different parts of the world. But because we found crude oil, we receded and abandoned it.

The CBN governor, however, gave the  assurance that the palm oil market would be grown back again, after which cocoa in the South-west area would be the next area of focus.

Speaking on how the CBN supported the economy when it slipped into recession Emefiele said: “When I resumed work in June 2014, I unveiled a five-year vision for the bank and for the country. Achieving microeconomic stability was my main focus.”

However, just as some chief executive officers (CEOs) of financial institutions have hailed the confirmation of Emefiele for the  second five-year term, they urged the CBN governor to work towards having much stronger banks in the country. The chief executives spoke in separate interviews with THISDAY.

The Managing Director/CEO, Polaris Bank Limited, Mr. Tokunbo Abiru, described the confirmation of the CBN Governor for another term of five years as a positive development for our economy.

“The economic outlook remains positive, as this adds fillip to the continuity of current macro-economic policies initiated by the CBN Governor.

“The positive interventions in the agriculture, real sector and foreign exchange stability gives confidence that the economy will continue to grow,” the bank chief executive added.

“In terms of banking supervision and regulation, I want to see a situation whereby the central bank is more decisive in resolving banking crisis, such that when it becomes imperative that a particular weak institution should be allowed to exit the market, I believe the CBN should be decisive.

But in all, we expect to see stronger regulation,” Chukwu explained.

He added: “He (Emefiele) has said he was going to focus on stimulating the economy, particularly the small and medium scale enterprises (SMEs). He should work towards harmonising the exchange rate and push for faster economic growth through monetary stimulus. I also expect him to continue to work towards lowering interest rate.”

“I think he (Emefiele) needs to make our banks stronger. What we need are stronger banks that can drive the developmental process in the country. We expect the CBN to guide the banks to cut down on the bad loans and also make them lend to the real sector. Banks should do less of trading in treasury bills and focus on supporting critical sectors of the economy,” Obaniyi added.

According to him, with the confirmation of Emefiele, there would be stability in terms of policy drive and also investors would be able to make projection on basic parameters such as exchange rate and the direction of interest rate.

“But I think the focus for the CBN governor should be how to have an inclusive growth for the economy. Having paddled us out of recession and the economy is now growing at a modest rate, I think we can do better. So, the strategic thrust should be how to oil the real sector of the economy,” he said.

On his part, the Managing Director of Kairos Capital, Mr. Sam Chidoka, said the confirmation by the Senate had removed, “all the uncertainties in the market and shows continuity. One thing the market doesn’t like is uncertainty.”

“Now, the market knows who is continuing and we have seen his policies in the last five years and we don’t expect major changes going forward. So, the confirmation is good for the government because we didn’t see any issue that could trigger a sell-off or exit from the economy. All in all, we think it is a good deal,” Chidoka added. 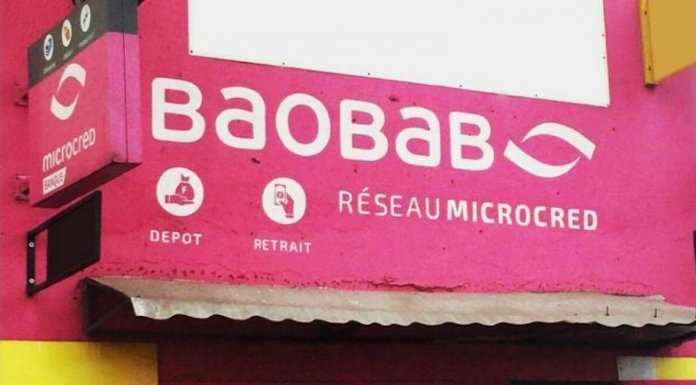