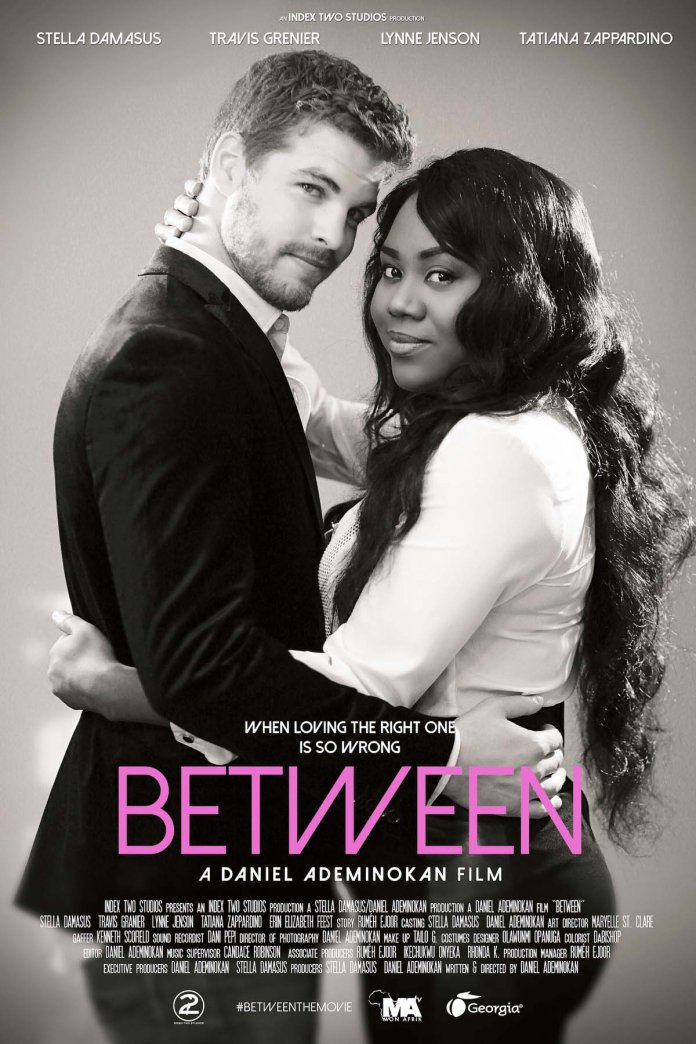 Predominantly white cast with a Nollywood star, Stella Damasus, as its lead actress, the film, ‘Between’ is considered her “comeback” movie since her last appearance in a 2015 movie. Ferdinand  Ekechukwu reports

The last couple of years have seen some Nollywood divas make remarkable comeback to the screens after some moments off acting, maybe by default or design. In this regard, notably popular ones like Anne Njemanze (Domitila), Omotola Jalade-Ekeinde, Genevieve Nnaji and Eucharia Anunobi (though she refuted it), come to mind. Their return has somewhat been felt as it won back for them their loved fans, showing that they are still very much relevant in the game.

Making the latest entry to the scene since her last appearance in a 2015 movie (Affairs of the Heart) is Stella Damasus. Before her hiatus, she was one of the most popular actresses in Nollywood. Stella, after relocating to America with hubby, took a break to pursue some other things close to her heart. “We relocated to America, I went into my podcast, my radio, I started writing more, teaching more… a lot of other things you know,” she told BBC Africa.

“I just wanted to take a break for a while and rediscover myself and know where I was headed in the industry. I’m headed for greater things, bigger things. And I realised I’m made for more. I wanted to go global and I said I’m ready for the phase. This (Between) is another phase for me.”

Whether she makes a great comeback or not remains to be known. Nevertheless, Stella’s delivery of her role in a-two minute footage of her comeback movie points towards a class act.

Of note, the completion and subsequent promotion of her latest cinematic project, ‘Between’, which was co-produced and directed by her artistic husband, Daniel Ademinokan has taken Damasus through a series of premiere to London and back to her base in the US. Ademinokan and Damasus are also credited as producers and executive producers of the movie under their production company Index Two Studios, LLC.

The London premiere of the movie last month comes six months after it premiered in October at the Glenn Fest Film Festival 2018 in Downey, California as its closing film at the weeklong fiesta. The film also screened in Beverly Hills California on April 26th at the exclusive WME/IMG Endeavor Screening Room on Wilshire Blvd.

Interestingly, the UK debut at the Odeon Cinema in Greenwich Area of London had among the audience a good number of Nollywood’s finest like Hilda Dokubo, Victoria Inyama, Ruke Amata and other celebrities such as Weird MC, Wale Gates, and DJ Abass turn out to support Stella and Daniel on their film project.

The movie would come home soon to an exclusive VIP premiere in Lagos before its nationwide theatre release and then its opening at the African Film Festival in Dallas in June.

Predominantly white cast movie with a Nollywood star as its lead actress, Between is set in Atlanta, Georgia and has Stella playing the character Chelsea Hollis, a very successful woman who has been through four divorces. Feisty, daring, energetic, Chelsea Hollis, is workaholic by day and a party freak at night. She helps couples fix their relationship issues but she’s disillusioned about love. She ultimately becomes a hardline feminist, believing that women should rein in their emotions and live carefree.

One of such escapades brings her in contact with Scott Hamilton (played by Travis Greiner) which changes her perception of love and she soon finds out that there is more to him than she expected. In the trailer, Damasus’ voice can be heard through a narrative voice over. She calls out the double standard that praises and burnishes the egos of men when they are promiscuous, but castigates women when they do the same and smart enough to highlight slut-shaming culture as problematic.

Damasus and Travis Grenier, the archetypically handsome actor, have a one night stand. The next morning, Damasus as Hollis is clinically, emotionally blank that she explains to Grenier’s character that they had fun, it’s now over, and thus she wants him out of her house. Ordinarily, it always plays out as the woman clinging to the man after sex but in Between, there’s a shift in dynamic. In another scene, Hollis feels threatened as anyone would when an intruder invades their house.

Stella Damasus is a theatre arts graduate of the University of Lagos, who began her career as a singer at Klink Studios in Lagos. She worked on radio and TV jingles before taking a role in the 1995 film, ‘Abused.’ She became a house hold name after featuring in ‘Breaking Point,’ a 1995 Francis Agu film, and has since starred in over seventy movies.