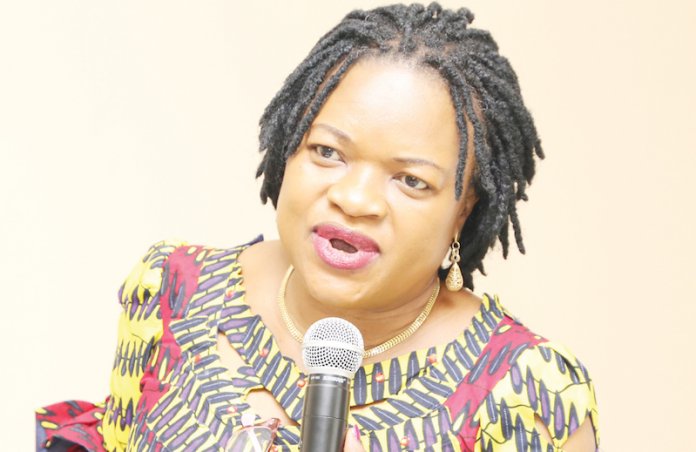 The West Africa Network for Peacebuilding, WANEP-Nigeria has expressed concern over arbitrary arrests and detention of women and allegations of sexual assault and rape by security agents in the Federal Capital Territory (FCT), Abuja.

The National Coordinator, WANEP-Nigeria, Mrs. Brigdet Osakwe, in a statement on Thursday, condemned what she described as targeted violence against women in the nation’s capital with the arrest of only suspected female sex workers whereas their male partners were set free.

” In April 2019, over 100 women were arrested and detained in different police stations after series of raids carried out at nightclubs in the metropolis. Security operatives who made the arrests claimed it was an order to arrest prostitutes. Allegedly, many of those arrested were threatened to plead guilty and those who declined were charged to court. Many of the women either bribed their way or succumbed to sexual abuse in order to gain their freedom,” she said.

Osakwe stressed that “WANEP-Nigeria has been monitoring the situation in Abuja which is by far the most horrendous, to say the least, and is fast turning into a targeted violence against women by security agents who are supposed to be protecting the women”.

According to her, the activity of the security agents by targeting a particular sex for arrest where both sexes are culpable and the legality of their actions give credence to gender discrimination and requires urgent action.

She noted that the Violence Against Persons (Prohibition) Act, 2015 criminalises intimidation (S18) or threat in any form and totally condemns any assault on any person based on their sex alone.

Already, she said, civil society organisations in Abuja are calling on authorities to call the security agents to order so as to prevent the possibility of further targeted arrests, rape and molestation of women without evidence.

Osakwe said that while WANEP-Nigeria condemns in strong terms the abuse of women’s rights, it urges the Nigeria Police Force: to respect the rule of law and human rights of the citizens they are supposed to protect when carrying out their duties; and stop targeted arrests of women and young girls when both men and women are found at the location of the arrest.

The Non-Governmental Organisation (NGO) also called on the Police to conduct investigations into the alleged rape, molestation and violence against the victims; and allow the arrested women to have access to legal counsel promptly to assert their innocence until they are proven guilty.

To this end, WANEP-Nigeria made some recommendations including the call on the Police authorities to “carry out a thorough investigation into these allegations and ensure that the officers involved in sexual exploitation of detainees face the full wrath of the law”.

According to the group, this will prevent future occurrence of taking laws into their hands.

WANEP also urged the Nigerian government to ensure prompt implementation of the VAPP act (2015) and passage of the Gender and Equal Opportunities bill into law.

The not for profit organisation also has a Memorandum of Understanding with ECOWAS as its implementing partner for the operationalisation of the ECOWAS conflict early warning mechanism (ECOWARN) and the African Reporter of the African Union.