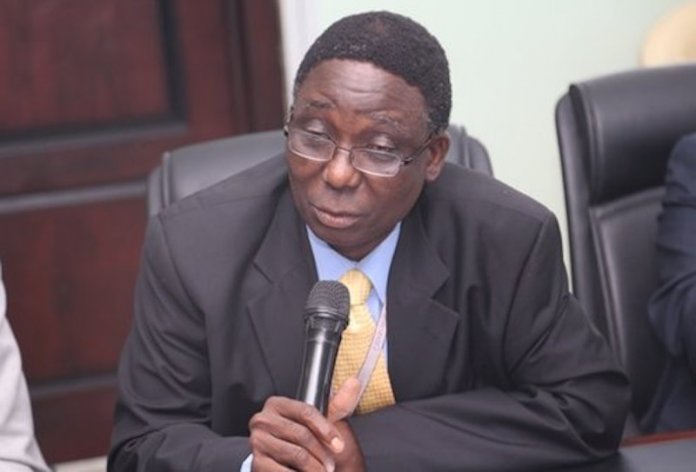 Academic activities at the Kwara State University (KWASU), Malete, which has been in existence for over 10 years, have been suspended until further notice by the management of the institution following the continuous protest by the entire students of the institution.

The closure of the institution was sequel to the power tussle between the visitor to the institution, Governor Abdulfatah Ahmed and the governing council over the appointment of the acting Vice-Chancellor, Professor Kenneth Adeyemi while the two-term tenure of the incumbent Vice-Chancellor, Professor Abdulrasheed Na’Allah still subsists and runs till July 2019.
The university has two campuses located at Kosubosu in Baruten Local Government Area, while the other campus is in Osi in Ekiti Local Government Area.

The former Governor Bukola Saraki appointed the Professor of English Language, Na’Allah for the take-off of the institution. He commenced work in earnest and had worked hard to set the new university on a higher pedestal to the extent that the university has ranked as one of the best state university in Nigeria.

The institution was known for its entrepreneurship skills as most of its graduates have become employers of labour.
It was these achievements that prompted the renewal of Na’Allah’s appointment for a second term of five years to manage the affairs of the university. And since his reappointment, peace and tranquillity and especially the academic excellence of the university have continued to rise.

However, the recent confusion at the institution according to reports was the alleged refusal of the incumbent vice-chancellor to cooperate with the governor to sign some financial documents that were pertaining to the activities of the university which Na’Allah was said to have considered uncommon.

One of such financial documents according to sources close to the institution was the alleged granting of monthly subvention of N150 million to the university since 2015, which hitherto was not released and therefore Na’Allah was said not to be disposed to such documents for signing at the later stage of the outgoing administration in the state.
It was also learnt that the development prompted the vice-chancellor to leave Ilorin and the campus for some weeks because of the pressure on him to sign the financial documents for the visitor.

When this could not yield any positive result according to sources, the governor through the Commissioner for Tertiary Education, Science and Technology, Alhaji Abdullahi Alikinla issued a statement directing the vice- chancellor to proceed on compulsory terminal leave and appointed an acting Vice-Chancellor, Professor Kenneth Adeyemi.

The development according to sources at the ivory tower, was meant to weaken Na’Allah’s power to pave way for the outgoing administration to get all the alleged financial documents to be signed since the time of the outgoing administration in the state is almost far spent
Alikinla, who announced Adeyemi’s appointment on behalf of the governor in a statement, also directed Na’ Allah to hand over to the acting vice-chancellor and proceed on compulsory terminal leave as his tenure expires in July 2019.

He said Adeyemi is to take charge of responsibilities relating to the smooth running of the institution in accordance with the law establishing it, adding that the governor took the decision in the exercise of the powers conferred on him by the Kwara State University Law 2009 as amended, which empowers the visitor to appoint and remove the vice-chancellor for good cause and following due consultations.
As the news went round the campus and the entire state, the governing council of KWASU dissociated itself from the statement of the governor over the compulsory terminal leave of Na’Allah.

It described Adeyemi’s appointment as illegal, adding that “it does not conform to the rules guiding the appointment of the new acting vice-chancellor of the university.”
A statement issued in Ilorin by the Chairman of the Governing Council, Professor Saka Nuhu read in part: “This directive is not in tune with the university’s law and is going to lead to distraction from the rain semester examination and the process of appointment of principal officers that are currently in progress.

“This action of the state government is illegal and the governing council of KWASU has no hand in the directive.”
Also, the National Association of Nigerian Students (NANS), in conjunction with the Students’ Union Government (SUG) of the institution, embarked on a protest to call on the governor to reverse the decision to appoint an acting vice-chancellor for the university.
As early as 8 am on May 8, students came out in large number for the peaceful protest on campus to show their position against the government to change the leadership of the university without following laid down rules.

Addressing journalists after the protest, the Chairman, NANS, Kwara State, Saheed Olosasa and President, KWASU SUG, Abdulganiyu Dikko, expressed dissatisfaction with the decision, while calling on the governor to explain the decision within 24 hours or face more protests.
The students, who described the decision as illegal and a manipulation of the education sector, called on stakeholders and well-meaning Nigerians to stand against what they described as disregard for due process.

The students’ leaders also stated that government, be it state or federal, has no constitutional right to unilaterally remove or appoint a vice-chancellor without approval and recommendation from the university governing council.

“We want to affirmatively state that we the entire students still recognise and further re-authenticate that Na’Allah is our vice-chancellor and vehemently warn the government not to toy with our career.”
As the situation continued, the management of the institution ordered the closure of the university until further notice and asked the students to leave the campus with immediate effect.

In a statement signed by the Deputy Vice-Chancellor (Academics), Professor Saka Mahmud, the management said the measure was to ensure security of the campus.
“Because of recent developments in our state and in the university and our students’ reactions to the government’s appointment of an acting vice-chancellor in which the students gave a 24 hour ultimatum to government, the university management met on May 8, 2019 and decided to temporarily close the university until further notice as a preventive measure against any possible disturbances.”

“I am in touch with the Pro-chancellor and council chairman and he indicates total support that closing the campus at this time is desirable. Thank God exams have been completed and grading is still ongoing with some lecturers already uploading their grades.
“Staff and students should leave the university quietly and ensure the safety of property and lives. Reports reaching me indicate that a contingence of police was being driven towards the campus and it took some intervention to get them to return to Ilorin.

“KWASU does not want any situation in which the ongoing temporary crisis, which will be safely and easily resolved by the grace of God will lead to the loss of any life. Please take your luggage and other personal properties and go home safely until further notice.”
Meanwhile, reactions from interest groups in the state have continued to trail the issue. The apex socio-cultural organisation of Ilorin indigenes, Ilorin Emirate Descendants Progressive Union (IEDPU) has accused the governor of desperation in making sure that a particular candidate emerges as the next vice-chancellor of the university.

Addressing journalists in Ilorin, the acting National President of the union, Alhaji Yahaya Ahmed said: “The union wishes to state that the directive that Na’Allah should go on compulsory accumulated leave prior to the glorious conclusion of his eventful two-term tenure is alien to the university system. The decision was taken in bad faith as the universal practise is that chief executives of ivory towers usually proceed on leave after the completion of their tenure of office.

“We also want to stress that we have it on good authority that the governing council of the university, under the chairmanship of Prof. Saka Nuru did not meet to take any decision on the matter under review.

“We have equally noticed that the administration of Governor Abdulfatah Ahmed appeared to be too desperate in making sure that a particular candidate emerges as the next vice-chancellor of the university not minding the thinking, positions and assessment of the duly constituted governing council invested with the authority to oversee and recommend worthy candidates for the position to the visitor.
“The reason for that desperation is nebulous and therefore unacceptable to the good people of Ilorin Emirate. Our union and indeed the peace-loving people of Ilorin Emirate also find it extremely suspicious the drafting of septuagenarian, Prof. Mathew to serve as the acting vice-chancellor of KWASU despite the presence of two active deputy vice-chancellors between whom one could have been selected to act if the out-going administration actually means well.”

Also, a non-governmental organisation,
Accountable Leadership for Better Nigeria Initiative said the appointment of an acting vice-chancellor and the directive that Na’Allah should proceed on terminal leave smacks of executive recklessness.
In a statement signed by its Director of Mobilisation, Mr. Remi Adebayo, it said: “The incumbent vice- chancellor’s tenure runs till July 27, 2019. Why the haste? This directive already denounced by KWASU governing council, is not in tune with the university’s law and amounts to a careless meddlesomeness by Governor Ahmed who has overreached himself to usurp the powers of the council.

“We cannot but ask: Why is Ahmed, who bent the rules to give Na’Allah two terms of 10 years, now too eager to get rid of him? And why is he so concerned about the fortunes of KWASU after denying the institution any subvention since 2015?
A civic group, Kwara Community for Qualitative Education accused the state government of wanting to coerce the governing council of KWASU into endorsing the appointment of an acting vice-chancellor for the institution.
The Secretary of the group, Ishaq Abu in a statement, rejected the government’s claim that it acted within the law in appointing the acting vice-chancellor, adding that at no time was the governing council consulted on the matter, neither did it recommend the appointee as required by law. 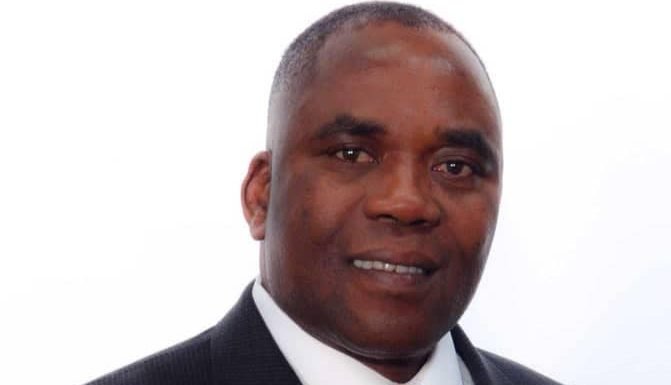