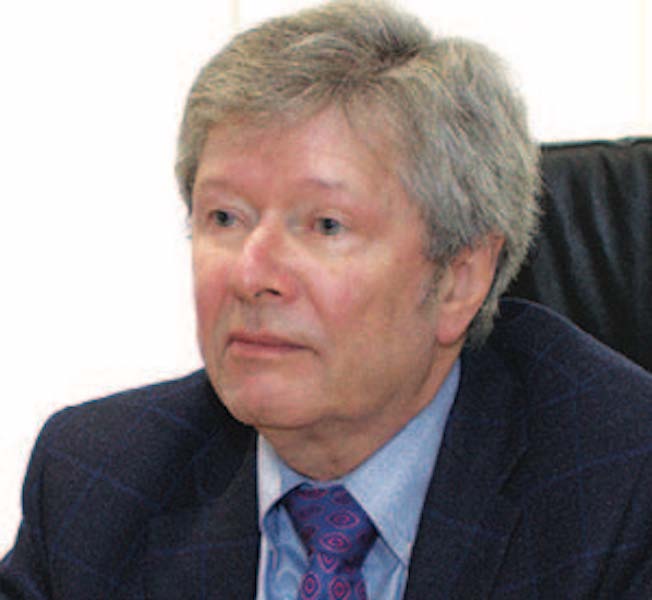 The founder, Process and Industrial Development, Mr. Brendan Cahill, in this email interview with THISDAY, speaks about the company’s failed contract with the federal government to process wet gas to power its generating plants, the hefty arbitration award against Nigeria and the company’s desire to find an amicable end to the dispute even as it awaits the outcome of an enforcement proceeding holding in London on May 21. Excerpts:

Could you give us a brief background to the court case your firm, Process and Industrial Development (P&ID), instituted against the federal government in 2012?

P&ID’s Gas Supply and Processing Agreement (GSPA) failed when the government did not uphold its commitments. In August 2012, after several attempts, over two and half years by P&ID to salvage the agreement, including offers to renegotiate the deal, the company initiated arbitration proceedings. The tribunal was organised in London under the rules of the Nigerian Arbitration and Conciliation Act as part of the original contractual agreement between parties. In January 2017, the tribunal ruled that Nigeria was liable for $6.6 billion in damages, which by now has increased to over $9 billion with interest. P&ID is now seeking approval from US and UK courts to enforce the award.

You claim that your company worked in Nigeria for several years, and even handled many projects successfully in the past. How much effort did you make to resolve this matter by other means, and at what point did you decide that you had no other option but to go to court?

Michael Quinn, my late business partner, and I had over 30 years’ experience of executing successful engineering projects in Nigeria before we launched the P&ID. From the moment we signed the deal in 2010, P&ID worked tirelessly to implement the agreement. After 2.5 years and several attempts to salvage the agreement, we had no option but to initiate arbitration. The original project was a win-win deal that would have brought power and economic growth to Nigeria by supplying free natural gas for electricity generation, while at the same time building a highly successful commercial venture, with a share of profits going to the Nigerian government. My biggest regret is the missed opportunity for Nigeria, which is now compounded by the government’s lack of willingness to find a reasonable solution.

Why did you approach a London court for arbitration in a matter that took place in Nigeria?

The decision to seek arbitration was not an easy decision. P&ID was eager to deliver this promising project in the hope of bringing electricity to millions and helping Nigeria reach its full potential. Unfortunately, the government did not uphold its side of the contract, so the project failed. Having been unable to find a willing partner in government to resolve the matter, we had no option but to seek remediation through arbitration in London for the repudiation of our contract, as that was what the contract said. It was in fact Nigeria who went to the London Court, when the arbitrators found against them.

Your firm did succeed in getting a judgment for about $6 billion dollars against the Nigerian government, in the London arbitration. That award has since been attracting interest at the rate of $1.2million daily. That is a lot of money, and it was obviously based on the claims you made. Why did you make such a huge claim?

It is unfortunate for the Nigerian people that the government caused such a promising project to fail and result in an arbitration award against it of billions of dollars that it now shows no interest in honouring or even trying to resolve amicably on a reasonable basis. The P&ID project would have supplied 2,000 megawatts of electricity in a country where tens of millions do not have access to electricity. The award judgment was handed down by the independent arbitration panel because it represented the loss of profits for P&ID over the 20 years of the project.

The Office of the Attorney-General of Nigeria (AGF) issued a statement in late February this year, apparently contesting the huge sum of money the court awarded your firm as damages, largely on the grounds that the project did not actually kick off the ground. It means that there was no actual physical work done on the project to warrant such a huge claim in damages. How do you react to that?

Let’s be clear: these arguments are tired and old – as are the games of delay and desperation by the Nigerian government. P&ID put in years of planning, field work, design and on-the-ground preparation. We spent 2.5 years offering solutions, while the government consistently failed to deliver its side of the contract. This is a tragic ending to a venture that would have delivered low-cost electrical energy to hundreds of thousands of households throughout Nigeria, and would have brought vital revenue to the Nigerian treasury.

There has been a persistent claim that P&ID is a “fake” company that made a “fraudulent arrangement” with some persons in Nigeria. How do you react to this claim?

We are well aware of the government’s efforts to characterise P&ID, and its founders, as frauds. This is absolutely false. The arbitrators in London spent five years carefully reviewing the written agreement and all the facts surrounding the deal, and in the end they unanimously concluded that Nigeria was to blame for the deal’s collapse and had to pay damages to P&ID. Not once during those five years did Nigeria present the tribunal with any evidence that there had been some kind of fraud—because there wasn’t one. It is truly unfortunate that Nigeria seems unable to take responsibility for its own failure to meet its contractual obligations, and instead keeps blaming others. The campaign will inevitably end up costing Nigeria even more. The agreement and the tribunal process provided the government with ample opportunity to provide input and affect decisions. The facts could not be clearer in support of P&ID.

Are you worried that if your enforcement application succeeds, there is the possibility of this case now assuming an international dimension, with the possible seizure of Nigeria’s assets overseas?

P&ID looks forward to the UK and US courts granting enforcement rights that will allow P&ID to collect what is rightfully ours. If history is any guide – just look at how creditors seized Argentina’s naval frigate while docked in Ghana. Efforts by Nigeria to evade this judgement will inevitably fall flat. The ball is in Nigeria’s court, if the government is prepared to find a good-faith solution.

Is there any ray of hope that this matter could still be resolved outside the court, even at this stage, and would your firm be willing to consider this option? If yes, what would it take for this to happen?

P&ID remains open to a settlement on a reasonable basis, but we need a willing partner in government to help resolve this matter. The onus is on the Nigerian government to act in good faith, if they wish to find a solution.