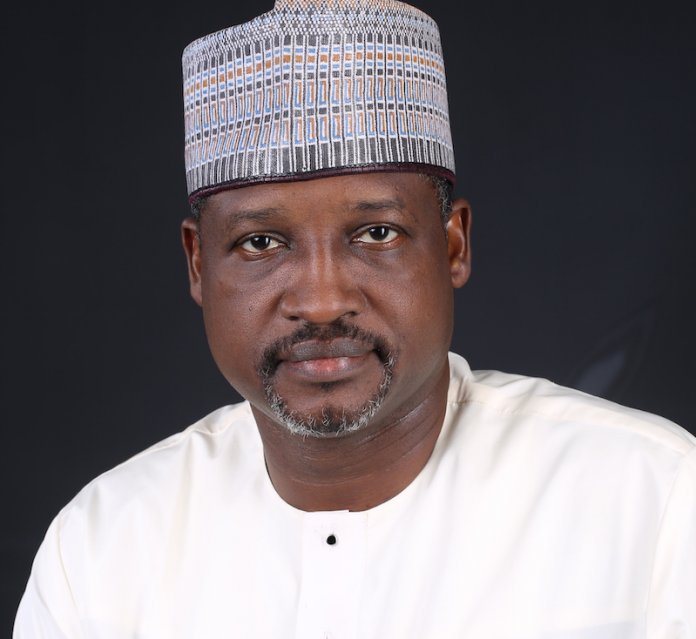 The Managing Director, Proserve Energy Services Limited, Dr. Abbah Ibrahim, who left the Nigerian Electricity Regulatory Commission as a commissioner in 2015, in this interview with Adedayo Akinwale, says the myths built around the cost of deploying solar-based electricity solutions to different applications are now being broken, especially as his firm prepares to deploy a 750 kilowatts solar photovoltaic system to the headquarters of the ministry of power in Abuja. He recently signed a 10-year concession deal to that effect with the federal government. Excerpts:

You’re deploying a 750 kilowatts (KW) hybrid, grid-connected solar system here, what does this entail?
We are privileged to be undertaking this pilot concession of a hybrid solar project for the Power House, the headquarters of the Federal Ministry of Power, Works and Housing. It is a model that has been developed by the ministry to showcase a win-win for all the stakeholders involved in the power supply value chain. This model falls within what is termed Commercial and Industrial (C&I) PV solar hybrid, and the beauty of it is in the optimised efficiency of the system, where excess power is sent to AEDC’s distribution network via a net metering platform. The ministry conceived the project and it was graciously approved by the Federal Executive Council in October 2018. We are working hard together with the team at the ministry under the minister’s lead to achieve financial close very soon, with the target of achieving Commercial Operation Date (COD) before the end of this year.

How much of stability is this expected to give to the building in terms of supply?
It is a unique and optimised solution, designed specifically for the ‘Power House’ that is enabled by technology that will provide high quality uninterrupted power supply to the building for 24 hours a day throughout the year. It is a 750KW peak day time and 75KW peak night time system and it is a hybrid that encompasses a combination of PV solar, batteries, diesel generator and power from the grid.
Essentially, power will be taken from the grid when needed and power will be pushed to the grid when there is excess from the system. For example, on weekends and during public holidays, the solar panels on the roof tops and car ports will still be generating electricity with the offices obviously shut thus creating excess power.

I understand the local Disco is in the middle of this pact?
We signed a 10-year tri-partite Power Purchase Agreement (PPA) with the ministry and AEDC (Abuja Disco) as signatories as well. There is also a 10-year concession agreement under the supervision of ICRC (Infrastructure Concession Regulatory Commission). It is not a novelty, as this has been deployed in other parts of the world, but it is the first net metering technology to be tested here.

We are also working closely with both the NERC and AEDC to learn from the project and provide some insights for NERC to develop a regulatory framework that will ease replication. The system has been optimised to determine intelligently when to take power from the solar modules, the battery storage, the grid or when to take power from the generator. It is a green project and minimises as much as possible power sourced from the generator, that is, renewable energy dominant and economically efficient.

We look forward to replicating this in as many locations both in the public and private sectors. Some industries have adopted it mainly as a captive source, commercial banks have also been quick to see the benefits of this technology due to its cost saving potential and reliability.

Is there a timeline for the delivery of this project and if yes, what is it?
Once we achieve the financial close, they (Engineering, Procurement and Construction (EPC) have committed to deploying this project within six months. It is going to be a fast project and that is what makes it highly replicable and we look forward to delivering as many of this both for the public and private sector clients. We are looking forward to deploying this system as we have very strong and competent team members. Our EPC contractor, a German company assured us that the timelines within which we agreed to construct and deploy this project is feasible and on course to deliver the project.

Would jobs be created from this, and how relevant will they be?
As seen in many countries around the world, renewable energy technology has a huge potential for creating new jobs in our economy, new skills will be developed, industries and other service providers will spring up. I am confident that the power sector and the economy will stand to benefit with the adoption of renewable energy technology in Nigeria. The myth about costs of solar power has been busted with the ‘levelised cost of electricity’ (LCOE) for solar power generation is as competitive today as with the thermal power plants, and far cheaper than diesel generator. My prediction is that we are in a period where we are going to see a lot of renewable energy from solar being harnessed and brought into the overall energy mix in Nigeria. As for now, we are heavily skewed towards thermal power generation sources. Only recently, we had shortage of gas supply to the thermal plants, these situations can be forestalled, if we had a balanced energy mix from various generation sources, especially renewable energy.

How much of local content input will go into this project?
Due to the technology intense nature of not only renewable energy but the entire power sector, we are going to depend mostly on imported equipment and materials in the short to medium term. But the opportunity exists in the renewable energy space, we can leap frog with the right mix of policies and the continued focus by the present administration on ease of doing business and other fiscal incentives that will attract and promote investments in Nigeria. The local content policy will be leveraged upon by Proserve Energy, to develop local skills and acquire technology as rapidly as possible.

We came together with our foreign partners and went through a competitive tender process and thankfully won the bid and we are happy to be here and part of this historic project that will be breaking new grounds and that will not only contribute its own local content quota but also support Nigeria’s commitments to the climate change pact. Multiples of this kind of project when they come to fruition can really add so much value to Nigeria, and that remains our focus.

All the stakeholders are quite enthusiastic to see that this project is successful. We must thank the ICRC for their hard work to see this project come to fruition, the ministry of power, works and housing, NERC and AEDC. A very special thanks to the Federal Executive Council (FEC) under the lead of President Muhammadu Buhari that graciously approved the project as presented by the Minister of Power, Works and Housing, Babatunde Fashola and Minister of State, Mustapha Shehuri.