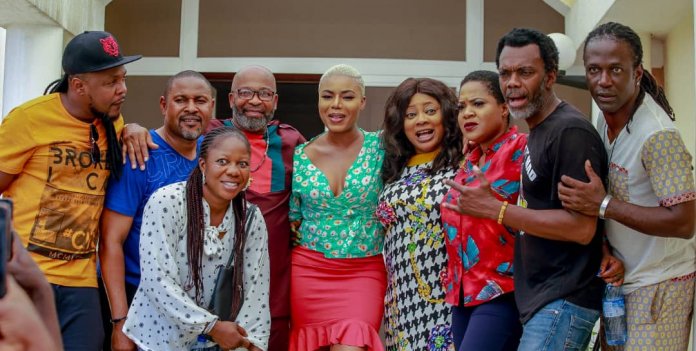 Actor Wale Ojo has announced the date for his upcoming film  ‘Don’t Get
Mad Get Even’. The film which marks the actor’s first directorial work will be released in cinemas across the country in November. Although no specific date has been announced yet,  Ojo and his production company RGD Media.
‘Don’t Get Mad, Get Even’ is a story that revolves around the conflicting lifestyles of two brothers who are complete opposite in nature. Jaiye, the elder brother is an uptight, religious and cautious man, while Juwon is a very adventurous and an incorrigible Casanova, who believes he is God’s special gift to all women until he met Ada.
The story written by Raphael Dedenuola features film stars like Femi Jacobs, Yemi Solade, Deyemi Okanlanwon, Kenneth Okolie, Toyin Abrahams, Patience Ozokwor, Jide Kosoko, Wale Ojo, Saheed Balogun to mention a few.
As part of its promotional campaign for the film, RGD Media will kick off a social media and a street challenge this month where fans can win  fantastic prizes.