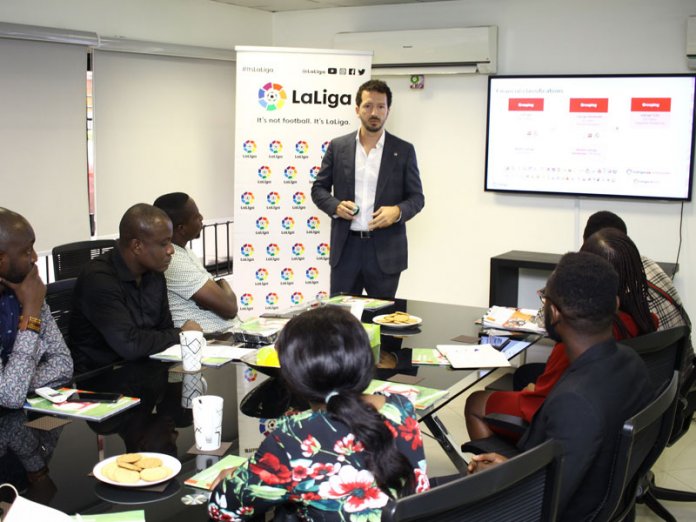 Spain’s football league, La Liga, announced on Thursday that their clubs had posted record revenue  of €4.479 billion, according to the latest Financial Report of Spanish professional football, corresponding to the latest complete season (2017/18), representing growth of 20.6% over the previous season.

This is the largest positive annual change in recent years and particularly notable given that it occurred following several financial years in which it has been consistently posting double-digit growth rates and in which, furthermore, we are at the midway point of the three-year audiovisual cycle for the national market (and, by extension without coinciding with sudden increases in level or discontinuities).

The 2017/18 season was surprising due to two new drivers of LaLiga’s growth breaking onto the scene: commercial revenue and revenue from transfers, which have seized the central role held by broadcasting revenues as drivers of annual growth.

In the case of commercial revenue (without including turnover from advertising), the annual increase was 34.1%, amounting to turnover of €838m, which is indicative of the fact that Spanish clubs are becoming an increasingly attractive medium for sponsors.

Meanwhile, in the case of revenue from player transfers (i.e. sale price), the annual increase of 104.3% permitted turnover from this item to double in a single year, with an exceptional entry of €1.018bn, which is symptomatic of the significant capacity for creating sporting value held by the Spanish clubs and SADs.

That said, the audiovisual turnover received by the clubs managed to surpass the €1.5bn mark for the first time and will recover its central role starting in the 2019/20 season as a result of the new audiovisual cycle negotiated for the national market and the international agreements which have been signed.

It is very important to underline that these results have been achieved at the same time as an increase in operating expenses (OPEX) and at a time of high investment intensity (CAPEX).