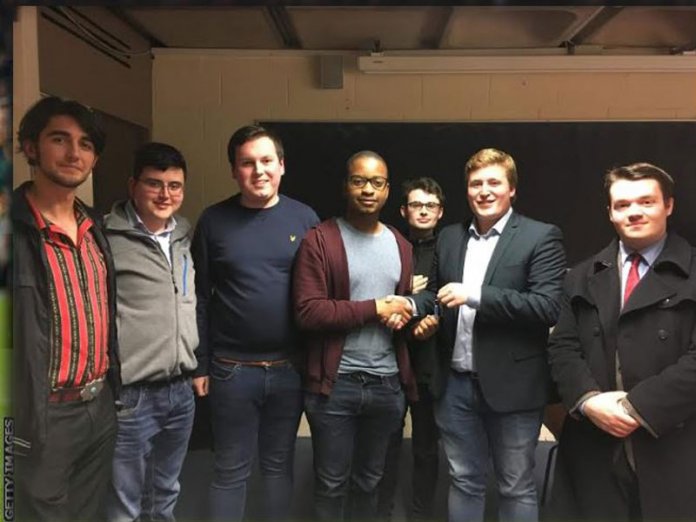 Sunday Ehigiator writes on the 20-year-old Nigerian, Obi Ekoba, who is currently vying for  councillorship seat in the Dublin City Council election as the youngest person ever to contest for the position, thus recreating a positive image for Nigeria on the global stage

It is no longer news that the economic and social problems in Nigeria have led to mass migration of Nigerians to other parts of the world for better job opportunities and/or education. South-east Asia, America, Europe etc. has had its fair intake of some of these Nigerians especially in recent times.

However, some unscrupulous Nigerians in their bid to make quick money have used the opportunity afforded by some of their host nations to commit crimes ranging from drug trafficking to internet fraud.

It’s no gainsaying that the negative activities of these few have had a bad impact on the image of the entire citizenry of Nigeria in the Diaspora  and this has led to stereotyping and prejudice at times with dire consequences.

The reactions of host nations to the activities of these few individuals have resulted in a tarnished image for the rest of Nigerians in Diaspora. The consequence of this is that the innocent are lumped together with the guilty because there is no mechanism to differentiate, at a glance, a crook from a gentleman or a responsible woman from ‘a sleazy lot’.

Despite all the hatred and hardship this has brought on the citizenry, a huge flow of Nigerians; though softly spoken of, are doing extraordinary and remarkable things abroad, which others could emulate. And this feats cuts across different areas like talents, academics and likewise politics, with the most recent example being Obi Ekoba.

Ekoba is an Igbo boy from Orisheze, Ngo-Okpara Local Government Area in Imo State Nigeria. His mother Amaka Umeobi Ekoba moved with him to Ireland when he was two  years and he has lived in Drimnagh for most of his life. The award winning third year student of Trinity College, Drimnagh; a suburb of Dublin, Ireland is now vying to be councilor of Ballyfermort/Drimnagh ward under the platform of the ‘Fine Gael’ party in Ireland.

Known for his exceptional brilliance having graduated with the best overall Leaving Certificate results at ‘Our Lady of Mercy Secondary School, Drimnagh in 2015’, young Ekoba is leaving no stone unturned at balancing his academics with his active participation in politics.

He is also a member of the new Irish community in South Dublin, and recently added another feat after he was elected chairperson of the Young Fine Gael in Trinity College, where he previously served as a treasurer.

In an exclusive interview with THISDAY, he said the decision to run for the local seat was borne out of passion to make the Ballyfermort/Drimnagh area ‘cleaner, safer and happier for all residents’. According to him, “I’ve always had interest in politics from a young age. There is much that needs to be changed on how the Dublin City Council is run. In my opinion there is a lot being run inefficiently and I believe I can help to change how it’s run for the better. So when I was asked to run, I thought of the saying, ‘if not me then who; if not now then when’, and I decided to run. I believe I stand a good chance of winning.”

Asked of the acceptability level given that he is a Nigerian and the stereotypical assumptions it often portends he said, “I don’t really think there’s a strong stereotypical view of Nigerians here in Ireland. Ireland is a very welcoming and open society, and I have always felt accepted and felt at home here. I have never felt openly  discriminated against, so I would say growing up in Ireland has been very good one for me. As I earlier said, I believe I stand a good chance of winning because the country is very open, and I don’t think racism would play any deciding factor in the election, because there is no racism here.”

When asked of his advise to other youths in diaspora who are involved in one form of mischievousness or the other as a way of survival, he said, “I would tell them to shun crime, live a drug free life and continue to strive to do anything legal and meaningful they want to do. The sky is theirs and they shouldn’t waste their lives getting involved in drugs as it would be a waste.

“They should always remember that they represent a family, and are the country’s ambassadors. So anything they do, directly affects their family and the country’s image; hence involving in crime or drugs is just the easiest way to jeopardise the good values and morals Nigeria represents in the actual sense.”

When asked about the election and if he has intentions to come into Nigerian politics someday, he said, “who knows the future; right now I am fully focused on this coming election, and what happens after then only time will tell. The election to Dublin City Council will take place on May 24, 2019 as part of the Irish local elections.

“In the election, 63 councilors will be elected from 11 Local Electoral Areas (LEAs) on the system of proportional representation by means of the single transferable vote (PR-STV) for a five-year term of office. In 2014, there were nine LEAs each electing between six to nine councilors. Following the recommendations of the Local Area Boundary Committee Report in June 2018, there are now 11 LEAs each electing between five and seven councilors.

“What makes me so much in public glare among several other equally young candidates for this election is the fact that; first, I am the youngest person ever to contest for this sit and I am still a student; in fact, I just concluded my third year exams.”

The dynamic young politician also promised to upon assumption of office; when elected, help by bringing more youths on board as workers to effectively tackle the growing menace of youth-gangs terrorising the area.

As THISDAY wishes Ekoba success in his forthcoming contest, it’s pertinent to state that the image of Nigeria can only be repaired and restored to its lost glory when those in the Diaspora shun every acts of crime- drug, fraud violence and other social vices.

Instead, the likes of Ekoba, Anthony Joshua, Chiwetelu Ejiofor, John Gboyega, Uzo Aduba, and several others who have put Nigeria on the global stage positively, should be emulated, otherwise, innocent Nigerians would keep being scorned and denied.