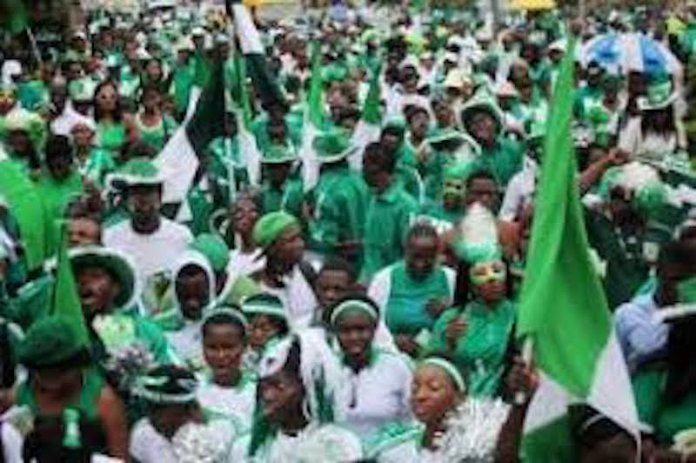 The cybercrime act should be enforced, writes Adewale Kupoluyi

Generally speaking, Nigerians are known to be friendly to one another despite what divides us as a nation. The massive population, ethnicity, tribes and religions are factors that keep many people apart because of their different values, beliefs and cultures. At times, recreational activities such as football draw our people together, most especially, when the country is slugging it out with other teams across the globe. In that sense, we are always united, even though temporarily.

In the times past, whenever a fellow country man or woman is in dire need, people offer help at all costs. At this point, nobody cares whether you are a Moslem, Christian, traditional adherent or even an atheist. We see unity in diversity. You get the assistance you needed during child-birth, road accident, abduction, building collapse, inferno, flood or robbery attack. The sense of belonging was massive. Today, what comes the way of people in times of serious need is misery, amusement and pity. Why? Thanks to technology and devices like mobile telephones, i-pads, video cameras and tablets.

It is saddening that many people are terribly addicted to these electronic media that makes one to wonder whether we have been enslaved to modernity. From homes, to places of worships, offices and the roads, people are addicted to these devices that paint life to appear not to matter much to them unlike what it used to be in the past. When road accidents happen, fire razes or buildings collapse, people rush down to such scenes in a jiffy. Is it to render assistance? Far from it! While few persons desire to provide the succour by reducing the calamity and rescue victims, majority of the sympathisers are onlookers that are just there to take photographs and videos for posting in the social media.

All manners of atrocities are now committed using electronic devices, especially among youths and sadly, some elderly persons, too. Girls and ladies are sexually molested, abused, recorded and posted on the Internet. Such illegality is used to blackmail innocent people and exploit them. Kidnappers engage the use of mobile handsets to trace and attack innocent persons, who are held captive for the payment of heavy ransom. Therefore, there is an urgent need to pay a closer attention and tame this monster and social problem that is out-of-hand by the day. Violators intrude into their victims’ privacy. Unauthorised posting of people’s predicament causes psychological depression and trauma that may be extremely difficult to overcome. It is for these reasons that people should not be permitted to worsen the plight of others in the social media.

Various media accounts have confirmed this growing and ugly trend: “Immediately I saw the men and women walking towards us after the accident happened, I thought they were coming to help and rush us to the hospital. I felt so relieved. But I was wrong. The people, who rushed to the scene of the accident, were not interested in our plight. Rather than flag down a vehicle and rush those of us who were still alive to the nearest hospital, they just brought out their phones one after the other and started taking our pictures and recording the incident. I was crying for help but instead, the people just stood there and watched as life gradually go out”, stated a traumatised victim.

Another eye witness said, “I heard voices around our vehicle and within me, I was happy that help had come at last. But even from my dying state, all I saw was just people taking our photos on their phones and murmuring to themselves. None of them made any attempt to rescue us”. Feeling terribly embittered, another eye source recounted that “Shortly after a plane crashed, thousands of people residing in the area rushed to the scene, however, instead of rescuing the people in a plane crash, people began using their phones to take images of the dying plane crash victims and recording the scenes. For me, it is a sad commentary of the harm that this technology has and will continue to cause us, except we put our humanity first”.

“The people just stood around our car, I could hear their voices even though faintly while my children shouted for help. In fact, it was the shutter of their phones’ cameras that brought me back to life. I have never seen such a heartless bunch of individuals like that in my life. They were more satisfied by posting the accident on the social media and I don’t know what they stand to gain when they should have made efforts to rescue accident victims”, recalled an angry road accident survivor. “As I screamed, the only thing the people around me did was to simply bring out their mobile phones to take pictures of the burning vehicle, my only source of income. What hurt me the most was seeing all the people who could have helped just standing there taking photographs with their phones. I don’t know if I can ever forgive them”, said another fatal accident victim.

Recounting a similar experience, “I saw people gathered on the other side of the expressway and were using their phones to snap and record a guy who was rolling on the ground. Two hours, later when I was coming back, I saw the guy lying there and covered in blood, he was dead. I later learnt that he was knocked down by a bus while trying to cross the road. I bet you, if all those who gathered around him that morning had rushed that guy to a hospital, he could have survived. But many of them just stood there, filming him and watching him die”.

We can still go on and on. To stem the tide, there is need for attitudinal change by those concerned. They should ask themselves this key question: how would I feel, if another person uses my plight or misery to entertain others? On the other hand, there is need for better enforcement of the Cybercrime Act, even though it appears inadequate to curb this menace. For instance, Section 24 of the act only deals with cyber-stalking and prescribes punishment for “Any person who knowingly or intentionally sends a message or other matter by means of computer system or network which, among others, he knows to be false, for the purpose of causing annoyance, inconvenience danger, obstruction, insult, injury, criminal intimidation, enmity, hatred, ill will or needless anxiety to another or cause such message to be sent”.

Without delay, our legislators at both the national and state assemblies should fill this vacuum by putting in place the necessary laws that would outlaw such practices with the corresponding punishment to discourage this continued criminality. Court trials and prosecution of offenders should be through exparte applications, to avoid time wasting and fast dispensation of justice. Indiscriminate posting on the social media should be given more global attention than ever before. No doubt, the advent of the New Media has contributed immensely to technological advancement for man. However, security breaches have become a major setback in addition to the abuses associated with the use of social media.

Criminally-minded persons not only use the social media to commit atrocities and get away with them without much ado, as tracking of culprits have not been easy. Nations need to collaborate with a view to controlling abuses in social media use without losing its potency, as a tool of communication. Lending a helping hand to others in need remains a cherished African tradition. Westernisation should never be an excuse to dump our cherished heritage of communal life, care and being our brother’s keepers. Never. It should not be.