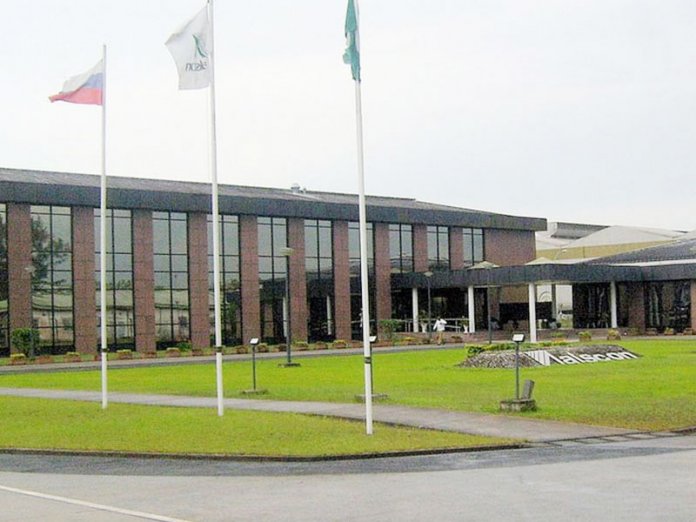 The Aluminum Smelter Company of Nigeria Ltd. (ALSCON), based in Ikot Abasi Akwa Ibom State was incorporated in 1989. At the time of incorporation, ALSCON was owned by three partners, namely, the federal government, Ferrostaal of Germany and Reynolds Incorporated of America based on equity holdings of 70 per cent, 20 per cent and 10 per cent respectively.

The company operated an aluminum smelter plant that manufactured aluminum and was established for the purpose of utilising Nigeria’s natural gas resources, reducing gas flaring in the Niger Delta and saving forex from importation of aluminum. On October 15th, 1997 the company started operations of aluminum production with design capacity of 197,000 metric tonnes of aluminum ingots and billets per annum and a 540 MW (megawatts) gas fired power plant. The power plant was meant to satisfy the power needs of the aluminum plant, while supplying its excess power of about 360 MW into the national grid. The plant therefore had two revenue streams: aluminum production and sale of electricity to the national grid.

The production of aluminum and supply of ALSCON’s excess electricity to the national grid were, however, dependent on sustainable supply of natural gas to the plant. By 1999, the company’s production capacity had reduced by 80 per cent due to suspension of gas supply by suppliers and transporters, because of the debt owed them by ALSCON. Gas supply disruptions continued till 2008 as the debt to gas suppliers continued to build up. Consequently, the company lost several millions of dollars in revenue as its production faltered due to gas supply disruptions. In all the years of its operation to date, ALSCON has never utilised more than 20 per cent of its production capacity due to lack of gas supply.

ALSCON entered into a natural gas supply and purchase agreement with the federal government-owned Nigerian Gas Company Limited (NGC). The main business of NGC was gas supply and transportation, using its own pipeline supply infrastructure. In order to secure natural gas for delivery to ALSCON, NGC entered into a gas supply and purchase agreement with the upstream gas supplier, The Shell Petroleum Development Company of Nigeria Limited (SPDC) JV for the supply of 70 million standard cubic feet of gas per day (MMScf/d). Under the terms of the agreement between NGC and the SPDC JV, the SPDC JV would sell gas to NGC who would deliver the gas to ALSCON. The agreement between Shell and NGC stipulated that ALSCON would pay NGC for the feed gas while NGC would remit the payment to SPDC JV.

Whilst the company managed to pay its portion of the feed gas price allocated to it by the federal government, the latter compounded the woes by refusing to pay its subsidy portion of the gas price. This led to irregular supply of natural gas to ALSCON , frequent shutdowns of the facility, and eventual shut down of the company operations.

Today, ALSCON is not able to meet the objectives for which it was created. It never produced to full capacity and never generated electricity into the national grid, despite having facilities for this. The shutdown of the facility led to loss of employment for many employees, loss of significant revenues for the company, huge debts to vendors and service providers, inability to generate taxes for the government and inability to provide social support to its host communities.

As part of the key lessons from the failure of ALSCON,  fixing of natural gas prices for the domestic market by the federal government is inappropriate. Rather, the government should provide economic enablers, macro and micro economic environment that would stimulate competition and efficiency instead of imposing price restriction on goods.

Also, stemming from this failure, all agencies of the federal government should rather work towards creating an enabling environment that will attract investment in the oil and gas sector, than forcing market rules that create losses for businesses and limit investment.

Besides, it was realised that, approving subsidies for commercially viable businesses can result in allocative inefficiency, thereby reducing the desire of those businesses to become competitive and efficient.

While it is now believed that the industrial sector where there is price fixing by the government wouldn’t attract local and foreign investments, it is also the general notion that  imposition of uneconomic feed gas prices on upstream producers (and other value chain players) makes it difficult for them to recover their investment cost.

It is crucial that the federal government learns from these mistakes to avoid a repeat of the ALSCON tragedy.