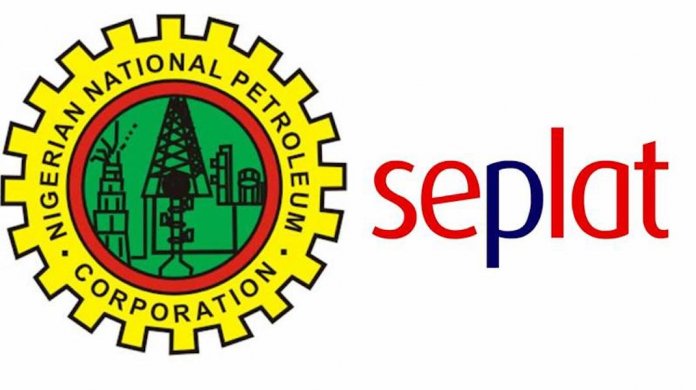 The federal government is on the verge of ending the perennial shortfall in domestic gas supply with the inauguration of the Asa North/Ohaji South (ANOH) Gas Processing Company, expected to deliver 300 million standard cubic feet (msfct) of gas per day to the domestic market.

The project, a partnership between the Nigerian National Petroleum Corporation (NNPC) and Seplat Petroleum Development Company Plc, is an integral part of the seven Critical Gas Development Project (7CGDP) of the NNPC, and designed to bridge the estimated 3.4 billion cubic feet of gas per day shortfall, which could arise as demand increased to about 7bcf/d by 2020.
A statement, yesterday, by the General Manager, Group Public Affairs Division, NNPC, Ndu Ughamadu, quoted the Group Managing Director of the NNPC, Dr. Maikanti Baru, as saying, “We believe that a private sector-driven project should deliver much faster, hence we came up with a structure outside the existing Joint Venture with the intent of getting the appropriate entities to participate in the project.”
According to the statement, Baru, who also inaugurated the Board of ANOH Gas Processing Company, urged them to sustain the momentum and ensure timely delivery of the project not just within budget but below the budget without compromising the industry best practices of zero incidences.
However, he emphasised that NNPC was fully committed to the initiative and would do whatever was possible to keep the dream alive and ensure smooth delivery of the project.
Speaking on behalf of Board members, Chairman of the Board, Mr. Saidu Mohammed, who also doubles as NNPC Chief Operating Officer, Gas & Power, affirmed the determination of the company’s directors to work assiduously with the management to ensure attainment of set tasks and targets.
Mohammed described the inauguration as history in the making, noting that this was the first time a midstream company had been unbundled to run on its own from JV operations. He expressed confidence that the board members would ensure full activation of the shareholders agreement and grow the company to enviable heights in line with agreed timelines.
On his part, Vice Chairman of the Board and Chief Executive Officer of Seplat Petroleum, Mr. Austin Avuru, described the event as memorable for the indigenous firm. He noted that under the watch of the NNPC GMD, Seplat and the Corporation had made progress in terms of cementing a partnership that was none acrimonious, saying that Dr. Baru had moved that level of support to the current venture.
According to him, the GMD demonstrated his confidence in indigenous operators by allowing, “a modest Nigeria Company like Seplat, to strike this kind of JV with NNPC to deliver a project that is not far from a billion USD and to deliver 300mscf/d into the domestic market and to structure a company to do what others may start doing in future – establishing a stand-alone midstream company.”
The AGPC functions as a partnership between Nigerian Gas Company (NGC), a subsidiary of the NNPC, and Seplat Petroleum using a 50-50 equity structure.

editor - June 15, 2021 3:58 am
11
BY REUBEN ABATI I have been privileged to interview quite a number of world leaders in the course of my journalism career. These include President...