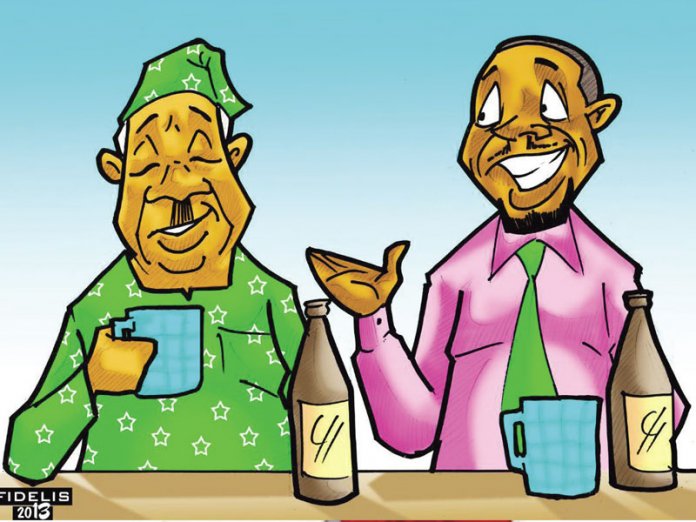 With an annual cumulative capacity of over 17.72 million hectoliters, Nigeria’s alcoholic beverage segment is huge, but the competition is fierce, writes Raheem Akingbolu

These are not the best of times for handlers of various beer brands in Nigeria. Aside economic challenges that have affected purchasing power among consumers, thereby forcing them to reduce beer consumption, entrants of new brands and companies appear to have dealt a big blow on dominant beer brands. Today, the spin doctors behind top beer brands appear to be working with anxiety and panic in order to remain relevant. Perhaps mostly hit are premium brands like Star, Heineken, Gulder and Guinness Stout, that have lost market shares to mid-range brands like Golberg, 33, Trophy, Hero, Life Beer and other cheaper brands.

A brand analyst and co-founder of Radi8 Ltd, a marketing communications firm, Mr. Toni Kan, though admitted the strong competition in the beer market, pointed out that the market was still active and command huge potential.

He said: “In any competitive market, it is natural for players to deplore strategies that can connect with consumers. Much as I agree that there is unrest among the players, I don’t agree totally with the belief that beer consumption has dropped.

“To me, what happened is that consumers have shifted from some brands to another set of brands. It used to be Heineken, Stout and Star but the paradigm seems to have shifted to mid-range and regional brands like Trophy, Goldberg, Life and Hero.

“No doubts, the premium brands are challenged but their promoters were smart enough to quickly key in and offer products that could compete well with those in high demand.

“That explains why Guinness recently launched Gold while Nigerian Breweries continue to make waves with Goldberg, 33 and Life.”

Emerging trend
For Nigerian Breweries and Guinness, the two leading alcoholic and non-alcoholic beverage makers, they can no more sleep with their two eyes closed as a new entrant -AbInBev Nigeria, seems determined to conquer the market. Eight years ago, AbInBev Nigeria, believed to be one of the biggest beer manufacturers in the world, entered the market and breathed life into Hero and Trophy. The two regional brands, which were until then inactive, quickly gained acceptability and became consumers’ delight.
Guinness and NB are though long-standing rivals, the feud between them heightened with the launch of Legend Extra Stout in 1992 by Nigerian Breweries.

The cold war, could however be dated back to 1962, when Guinness brewery was established in Lagos. Before then, the NBC (which became the Nigeria Brewing Limited, NBL, and now the Nigeria Breweries Plc was the major manufacturer in the beer sector, while a company was formed to import Guinness extra stout into the country from Ireland.

But since 2011, when AbInBev Nigeria, acquired majority share in the International Breweries Ilesa, manufacturers of Trophy Larger and took control of the ownership of Hero, a popular brand in the Eastern market, the game has changed.

Within short period, Trophy was believed to have moved to the top on the priority list of beer consumers in the South West while Hero is also performing wonder in The Eastern market but not without resistance from Goldberg and Life Beer.

Despite the growth recorded with the launch of its Orijin brands few years ago, Guinness was also caught in the web, as sales of Stout also dropped. Left with no option, Guinness had quickly run to the drawing board and introduced a new beer brand –Guinness Gold to tackle Trophy and Goldberg.
Of course, observers have continued to argue that Gulder and Harp remain struggling brands and burden on Nigerian Breweries and Guinness respectively. But while Guinness appeared to have given up on Harp, Nigerian Breweries is still making frantic effort through rebranding and activations to boost Gulder, even though such moves appeared to have been unsuccessful.

Response to competitions
Heineken and Trophy are primarily not targeting same segment of the market, the ‘Honourable’ credential campaign launched by the promoters of Trophy was a calculative move to pooh-pooh Heineken’s chairmanship title.
With a popular Yoruba actor, Femi Adebayo, as the face of the brand, the Trophy team had moved swiftly to push Trophy to various quarters.

Nigerian Breweries had promptly reacted by launching a similar campaign to position Heineken through ‘Your Excellency’ title. With it, handlers of Goldberg are simply saying the ‘Honourable’ will simply take a back seat when ‘Your Excellency’ enters. To help propagate the campaign, NB had settled for Odunlade Adekola, another rave of the moment in the Yoruba movie industry, as Goldberg ambassador.
Two months ago, handlers of Trophy made another surprising move by signing on three ambassadors (Falz, Joseph Yobo and Femi Adebayo) for the 2019 marketing year.

Adebayo is an existing ambassador whose contract was only renewed, while Yobo and Falz were signed anew. According to a source close to the manufacturers of the brand, the decision to appoint two additional ambassadors was an outcome of a brainstorming session held at the boardroom of Culture Communication Limited, an advertising agency appointed few years ago to reposition the then local brand, last year. Both the brand managers at the company and the eggheads at the creative agency were said to have agree to the new innovation. The unveil heralded a 5-a-side football competition sponsored by Trophy, which started in March this year.

Last week, Nigerian Breweries fired back with the appointment of Olamide, a leading Nigerian music sensation as Ambassador of Goldberg. He is joining Odunlade Adekola, to woo new consumers for Goldberg.
Earlier in the year, Afrobeat sensation, Burna Boy, was also appointed as Star Ambassador. It was the first time the 70 year old brand would get an ambassador.

In the last three years, the management of Nigerian Breweries has made conscious effort to rescue Star, whose fortune is believed to be currently dwindling.

In September 2016, the company made history with the announcement of unprecedented partnership with not one but five of the biggest European football clubs –Arsenal, Juventus, Real Madrid, PSG and Manchester City, having a combined history in football of 544 years.
Though, the then Marketing Director of Nigerian Breweries Plc, Franco Maria-Maggi, described the partnership as a commitment from Star to bring new football experience to consumers and loyal fans of these clubs, THISDAY investigation revealed that it was a misadventure for the company.

According to the findings, the poor result recorded due to the partnership led to the way the management wielded its big stick and showed the way out for at least 10 of its top management staff, including Maria-Maggi last year. A step, which has been condemned by many analysts, who felt NB goofed by throwing out most of the people in charge of its external communication the same time.
A brand analyst and Chief Executive Officer of Brand Expression, Fadare Adekanmi, who shared this prejudice, told THISDAY that NB only compounded its problem with the mass sack.

“The company may have its reason but I think it supposed to be a piece meal, those fired last year by Nigerian Breweries were the face of their brands. Today, you see many of the new brand custodians struggling to communicate the values of the brands they are managing.
“There are some of these new guys, who do not even understand the brands they are managing. To worsen the situation, as common to brand managers in this part of the world, the new comers have started changing those working with the company. From experiential businesses to PR, Advertising to other businesses, new firms are emerging to manage Nigerian Breweries businesses,” he said.

Bright Future
Despite the odds against beer manufacturers, the Managing Director of Precise, a PR and Reputation management firm, Mr. Bolaji Okusaga, has argued that the future is bright for manufacturers.
“What is going on in the beer market has only given the players signal that marketing strategies, packaging and distribution should change.

“Nigeria has expansive market with many potentials and this will settle the whole feud because there are rooms for expansion.
“I agree with the fact that Nigerian Breweries and Guinness numbers are dropping but there is no cause for alarm, handlers of their brands only need to re-strategise. We have seen what innovation can do with the market influence of Hero, Trophy and Budweiser; it can be repeated by other players.

“The two traditional manufacturers –Guinness and Nigerian Breweries only need to go back to drawing board and rejuvenate their strategies. For a long time, we have dominant player and market leader in Nigerian Breweries and in most cases it competed with self until it came out with Legend to challenge Guinness Stout. What is happening now is good for consumers.”

He added: “According to a recent survey, Nigeria leads the top 10 biggest beer-drinking countries in Africa with an annual cumulative production capacity of over 17.72 million hectoliters. I only hope the companies and their ambassadors like Burna Boy can strive to appeal to young consumers because we have a young market, as 70 percent are below the age of 40.

“There’s need to capture new consumers, innovate in the area of packaging, distribution and messaging. Truth is that consumers of brands like Star are ageing, it needs new set of consumers to maintain its leadership position,” Okusaga said.