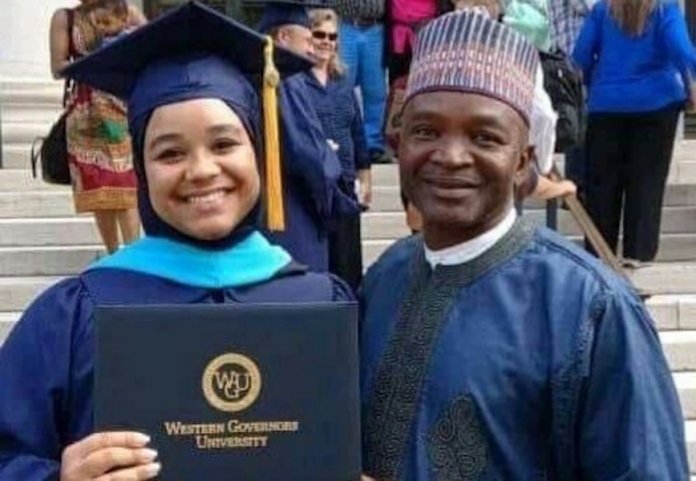 The Board Chairman of the Universal Basic Education Commission (UBEC), Dr. Muhammed Mahmoud, and his daughter were on Tuesday released by their abductors.

Mahmoud, his daughter and several other travellers were abducted on Monday along the Kaduna- Abuja Express Way, when armed bandits opened fire on them.
Mahmood’s driver was said to have been killed during the incident .

There has been no information about other commuters who were abducted by the bandits.
Mahmood’s release was confirmed in a telephone interview by Hussaini Danladi, a relation who said they were freed from captivity at about noon on Tuesday.

He did not however say whether a ransom was paid before their release.

Armed bandits have taken over the Kaduna – Abuja Expressway which has been deserted by travellers following the deadly activities of the criminals which include kidnapping and armed robbery.

Despite the massive deployment of security personnel along the highway, bandits have continued to operate in the most daring manner, killing and abducting people plying the road.

The road has been deserted by many commuters who now travel to and from Kaduna by train.
Efforts to reach the spokesman of the Kaduna state police command, Yakubu Sabo, was abortive as his mobile phone was not going through..