The Marine Club of Nigeria (MCN) has called on called on Abia State Governor, Okezie Ikpeazu, to take necessary steps towards actualising the creation of the Enyimba Economic City, a free trade zone in the state, during his second tenure.

The MCN is the incorporated umbrella advocacy association of professionals, businesses and government agencies involved in the Nigerian Maritime Economy (NIME).

In an open letter to the governor, the President of MCN, Dr. Chinedu Jideofo-Ogbuagu, noted that Ikpeazu could not do much on the project during his first tenure because of litigations challenging his election.

He stated: “It was shortly after PDP primary that produced you as governorship candidate in 2014/2015 that we identified you as the man likely to give us the maritime and industrial city that we had since 2003 advocated for in Abia South Senatorial District, Abia State of Nigeria.

“We proceeded to do a fresh proposal for creation of a massive free trade zone in the area, which is bigger than Lagos State and has massive adjoining northward land areas for future expansion. We didn’t end there; we relocated to Abia State to campaign for your election in 2015. And you won.

“Since then, Enyimba Economic City has been further conceptualised and has received a boost from buy-in by the federal government and President Muhammadu Buhari. Luckily, both President Buhari and you have been re-elected as President and Governor, respectively.

“We had been apprehensive that Enyimba Economic City plan would suffer from usual policy discontinuity in Nigeria if both of you failed in your re-election bid, so we again campaign vigorously for your re-election.

“With much distractions – court cases and all – in your first term of four years, your Abia State Government did not make much progress in Ukwa Maritime and Industrial City, Greater Aba City or Enyimba Economic City that this free trade zone vision is now named. But we hope that Enyimba Economic City project will be fully actualised during your second four-year term, which, because of your clear victory over your opponents in 2019 governorship election, you will not be distracted by court cases as you were following 2015 election.”

Jideofo-Ogbuagu stated that the Enyimba Economic City project was envisaged to become a mega industrial hub for the South-east geopolitical zone that would suck in both South-east and other investors from Port Harcourt, Lagos, Kano and other Nigerian places as well as investors from abroad.

“With ethnic and transport infrastructural crises all over Lagos, etc, you will agree with us that Enyimba Economic City has become even more urgent than when it was first conceived,” he said.

He posited that the actualisation of Enyimba Economic City would become the greatest development milestone in the history of South-eastern Nigeria.

“It will not just be your signature project; it will also make you the greatest Igbo leader since Dr. Michael I. Okpara’s administration of Eastern Nigeria. Therefore, if Enyimba Economic City is all you achieve in your second term, your place in history is assured,” he said.

He added: “Served by a seaport at Ukwa (through Imo River), by the cargo airport at Owerri or another cargo airport at Isiala-Ngwa South, by rail and road links in all directions, by all the facilities and structures of a free trade zone and by unrivalled industrial and trading capacities of the area, you would have created the greatest maritime and industrial hub in Africa, which would help to reduce or even remove congestions and tensions at Lagos Trade Fair Complex, at Apapa and Tin Can Island Ports, at Sabon Gari Kano and in other parts of Nigeria between Ndigbo and their host communities.”

The Kano State Government has concluded arrangement for a multi- billion-naira Bus Rapid programme(BRT) in the state.

The move was in furtherance of effort to ensure urban regeneration and sustainable transportation.

According to the state’s Director General, Media and Publicity, Ameen K. Yassar, the initiative, which is the first of its kind in the state, is a “tip of the iceberg infrastructural project” as the Ganduje administration commences its second term in office on May 29.

BRT is a high quality bus – based public transport system designed to deliver fast, comfortable and cost effective services at metro – level capacities. It does this through the provision of exclusive lanes with busways and distinctive stations typically aligned to the centre of the road, off – board fare collection and fast, regular operations.

Speaking shortly after completing discussion and signing of the MOU, in Zhengzhou, Henan, China, the state governor, Dr. Abdullahi Umar Ganduje, disclosed that his administration decided to embark on the project “to revolutionise transport and enhance ease of doing business in Nigeria’s foremost commercial centre.”

“Presently, Kano is the most populous state in the country. It has a population of over 16 million people. The main public vehicles are mini buses and tricycles which are not supportive of long – term mega city development, therefore an efficient modern system of public transportation must be established. This will reflect the position of Kano as a truly megacity,” a statement quoted him to have added.

Represented by the State commissioner for Works, Housing and Transport, Engr. Aminu Aliyu Wudil, the governor explained that the project has several benefits in terms of job creation, urban mobility and air pollution reduction besides improving the physical outlook of the state capital.

“We decided to partner with Zhengzhou Yutong because it is the world’s largest and reputed bus manufacturer with capacity providing Integrated Solution of Public bus transport system and several decades of experience”.

“Kano state government is expected to invest not more than 25 percent of the project cost while the operator, Kano Metropolitan Transport Company is the main shareholder while the Chinese company will serve as the technical partner”.

Explaining the rationale behind investing in bitumen to journalists in Warri, the Chief Operating Officer (COO) of Matrix Energy Group, Mr. Loqman Salam-Alada, said the company identified inadequate infrastructure as well as a supply gap.

“We have good relationship with most of the major construction companies, we sell diesel to them and see the stress and pain they go through in getting bitumen supply.

“We also see the way some marketers are taking advantage of the market. Our coming into the market will bring stability and healthy competition.

“The best we can do is to support government’s aspiration of ensuring that all the materials required to make good roads and rail tracks are available in the country. That is what we are doing now, especially as we see sincerity in the mind of the government,” he said.

He further said for the company, to meet the demand of supplying bitumen across the nation’s geopolitical zones, Aida Energy had acquired 32 distribution trucks and its expecting to take delivery of additional 20 before the end of June.

Speaking on the capacity of the storage depot, Salam-Alada said Aida Energy’s facility has the capacity to store up to 5,700 metric tons of bitumen, seven million litres of Aviation Fuel and 13 million litres of AGO, adding that the company intends to maintain a seamless supply culture as it would be receiving fresh cargo of the product every two weeks to ensure constant availability.

“The vessel arrived with 5,400 metric tons of bitumen.

A new body, the Institute of Road Transport Workers (IRTW) has rolled out programmes of action aimed at improving the fortune of road transport operators in Nigeria.

The institute, which has begun a biometric registration exercise for commercial vehicle operators in Lagos, under its Micro-bus Empowerment Scheme, said it was set to transform transportation business in Nigeria to a highly elevated profession, as against its current lowly rating.

Speaking in an interview with THISDAY, shortly after the launch of the biometric registration, the Chairman, Board of Directors of the Institute, Alhaji Abdur Rahman Adeyemi, said the institute, through its series of programmes, was set to empower commercial bus drivers with multiple social benefits and knowledge.

Adeyemi, described the initiative as a package of social-benefit incentives for registered trainees of the newly established Institute.

“The Institute has been incorporated as a platform of human capacity development in the road transport sub-sector through orientation, reorientation, academic and professional training.

“The Micro-bus Empowerment Scheme mobilises and biometrically registers prospective beneficiaries who undergo comprehensive medical checks, driving training/recertification course to qualify for credit acquisition and operation of a unit of micro buses, while undergoing a mandatory on-the-job training at the Institute of Road Transport Workers,” he explained.

The scheme, he added, was being implemented in collaboration with the Lagos State Government and Sterling Bank Plc, describing it as “a holistic package that also offers the beneficiaries health insurance and home ownership benefits.”

“What this translates into is that every okada (commercial motorcycle) or tricycle rider, cab driver, unemployed graduate or even motor-park hustler now has an opportunity of socio-economic elevation through the Micro-bus Empowerment Scheme.

“Our Institute has devised this as a public-private partnership, towards the cleansing of the very important road transport sector, which the Nigerian society has unfortunately turned into the dumping ground for its social waste.”

He argued that, “the real culprit of the mess that has, for long, pervaded the sector which is central to all socio-economic activities in Nigeria, is the society that has no socio-economic provision for social dropouts, who are mostly forced to resort to motor parks for survival.

“In the real sense, the problem does not lie with the road transport profession or its traditional practitioners. Rather, this noble profession has been burdened by our deficient social system. This is just why we feel it’s only a social solution that befits an equally social problem, rather than our characteristic emphasis on law enforcement approach.”

He said an Home Ownership Scheme would be executed by the Institute in collaboration with the Lagos State Ministry of Housing, under a contraption tagged: Micro-Bus Rent- to Own Housing Scheme. 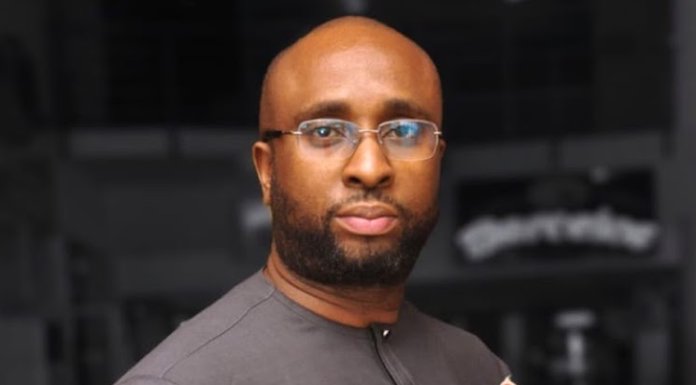