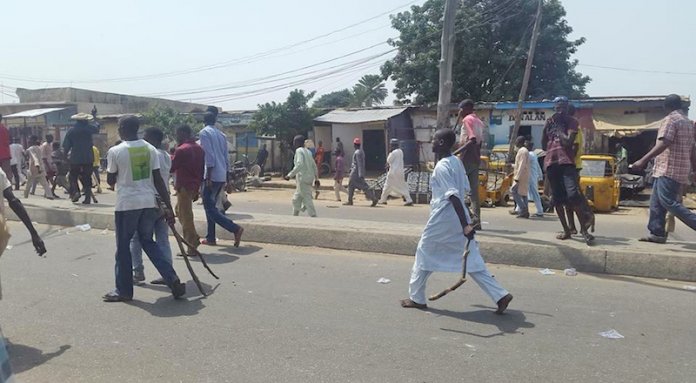 It’s time to exorcise the ghost gruesome killings taking place in Zamfara State and get the state working again in peace and unity, writes Shola Oyeyipo

Concerns are mounting daily across Nigeria over the increasing violence in Zamfara State as 30 people are reportedly killed every day in the North-west state.

In the estimate of some concerned citizens, there are currently more killings taking place in Zamfara than in Borno, Adamawa and Yobe states combined – even though the latter are North-eastern states currently in the throes of the Boko Haram insurgency.

Starting from the activities of some armed groups that specialise in cattle rustling, kidnapping for ransom and attacking communities, the recent surge in illegal mining of gold and other precious stones has further exacerbated the instability Zamfara is grappling with.
As the situation continues to deteriorate, heavy deployment of security personnel by President Muhammadu Buhari, since July 2018 has not resulted in better security of lives and property. Stories of woes, carnage, kidnapping and destruction of property have not ceased.

One man has remained at the centre of all of this and that is the Governor of Zamfara State, Alhaji Abdulaziz Yari. He has been roundly criticised for not doing enough to curb the activities of bandits. Some say he only cares about Zamfara people when he is playing politics and needs their votes.

Worst in the series of the condemnations Yari has been faced with lately was the protest to Aso Rock, the presidential villa, led by broadcast journalist, Ms. Kadaria Ahmed, who rated Yari very low in the annals of the Nigerian political history.

“He went on the record to say that he cannot be the Chief Security Officer. So, I don’t know what he is still doing in office. He doesn’t care.
“He only cares about the people of Zamfara when it comes to politics. The fact that they are getting killed does not concern him. He lives most of his time here in Abuja. How can you govern a state for eight years from Abuja? What sort of leadership is that? We are so happy he is on his way out.

“He is hopeless as a leader. He has not done well for our people. Under him, Zamfara has deteriorated.”
A coalition of civil society groups, comprising Peoples Alliance for Indigenous Rights (PAIR), Society for Gender Equity (SGE), Network for Onward Nigeria (NeO), and The Peoples Collective (TPC), did not however agree that Yari deserves the blame. They blame the growing insecurity in the state on the Minister of Defence, Mansur Dan Ali instead. The coalition said the defence chief is not doing enough to address the ugly trend.

The coalition’s National Publicity Secretary, Isa Yaro, in a recent statement, said Yari has done what the constitution permits him by providing logistics, communication gadgets, housing and special allowances for police and the military posted to the state without commensurate support from the Ministry of Defence.

“From our findings, the Zamfara government has spent several millions in kitting, communication gadgets and allowances for the police and military posted to the state. What we need to ask is how much has the Minister of Defence, who is from the state, leveraged to address the carnage?” Yaro asked.

He was however optimistic that the deployment of Special Forces to the state is capable of bringing some reliefs to the people of the state.
Unfortunately, on more than one occasion, Governor Yari showed that he lacked what it takes to address the problem of insecurity in his state.

Again, he offered to step down from his post if it would improve the level of security in the troubled state.
“I was not being political; we are talking about human lives here. If that is what will stop this thing, I am ready to step down,” Yari said to the surprise of many.

At the beginning of April, the government responded to concerns over increasing levels of violence, suspended all mining activities in the state, and deployed additional troops to the area.

According to the Minister of Information and Culture, Alhaji Lai Mohammed, banditry, kidnapping, killing and cattle rustling are being sponsored by illegal miners, whom he said deliberately instigate instability so as perpetrate their illicit trade unhindered .
“We found out that a lot of ammunition and money were being turned out to the bandits so as to make the area ungovernable. The higher the rate of the crisis, the better for the illegal miners,” Mohammed said.

He shared the optimism of many observers, who are of the opinions that with the commencement of Operation Puff Adder, which was conceived to move against the bandits, the criminals would be smoked out and peace restored to the state.

Taking a cue from the words of the Senate President, Dr. Bukola Saraki, who described the killings in Zamfara State as “barbaric, unacceptable” it is vital that relevant agencies must collaborate to come up with a strategy capable of ending the perpetual waste of human lives.
Such strategy must also be extended to other states such as Katsina, Sokoto, Kaduna and Niger. Kajuru, in Kaduna state is also notorious for killings and kidnappings.