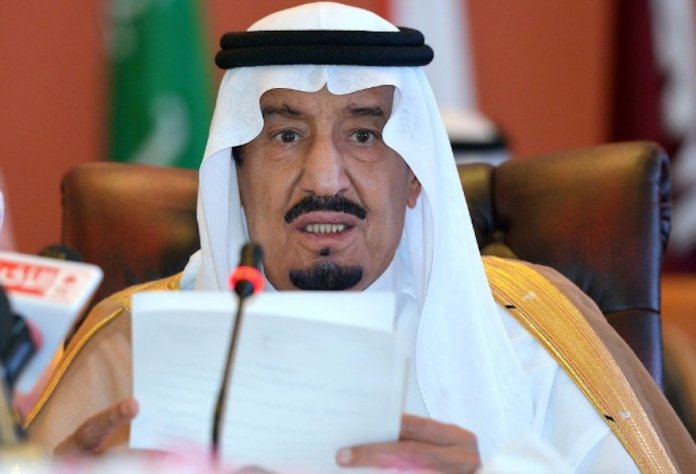 Nigeria’s Ministry of Petroleum disclosed this yesterday in a statement which said the information came from Saudi Minister of Energy, Industry and Mineral Resources, Khalid bin Abdulaziz Al-Falih.

The ministry noted in the statement that areas of interest for the MoU would include Nigeria’s attempt to revamp her decrepit refineries in Warri, Port Harcourt and Kaduna; building of a brand new refinery; investment in Liquefied Natural Gas (LNG), as well as product supply trading in crude oil and refined products.

The idea of preparing and signing the MoU emanated when Al-Falih had a high level bilateral meeting with Nigeria’s Minister of State for Petroleum Resources, Dr. Emmanuel Ibe Kachikwu in Riyadh on Wednesday.

The statement said the partnership investment agreement would be signed with President Muhammadu Buhari, adding that the early draft of the MoU would be ready in the first week of May.

The ministry’s statement said the Saudi minister stated that his team would undertake the task of drafting an outline of the MoU in consonance with Nigeria and that it would consequently move through the bureaucratic channels of getting the requisite approvals and endorsements.

Nigeria’s governor at the Organisation of Petroleum Exporting Countries (OPEC), Dr. Omar Farouk and that of Saudi Arabia, Adeeb Al-Aama, have been nominated to fast track the process for the official endorsements and signing, the statement said.

It also said Al Falih, reiterated the possibility of establishing an independent refinery in Nigeria as Saudi Arabia considers Nigeria the best hub to reach other African countries.

Similarly, it noted that Kachikwu, expressed his expectation that the definite signing of the MoU would further cement the cordial relationship between Nigeria and Saudi Arabia, adding that his visit to the country became necessary on account of their commonalities.

According to the statement, the agreement would in principle open the doors for Nigeria to potentially benefit from Saudi Arabia’s and Saudi Aramco’s recent aggressive oil sector investments across the globe.

He disclosed that Nigeria would leverage the huge success of Saudi Arabia in the industry, especially with regards to Saudi Aramco’s turnover of over $200 billion in the last year.

He further applauded the cooperation between Nigeria and Saudi Arabia at the highest global level of OPEC, while expressing his excitement that the two lead persons for the MoU drafting are seasoned OPEC governors with the highest levels of competence.