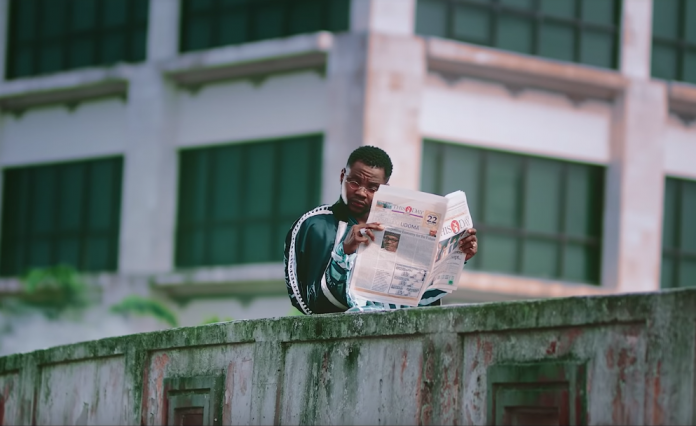 By the time you finish reading this, Fly Boy Inc. owner and recording artiste, Kizz Daniel, would be set for his much anticipated music show at the 02 Indigo Arena in London tomorrow. The artiste has for the past one month been on a music tour and has had tremendous shows in major UK cities including Birmingham and Manchester. Tagged Kizz Daniel Live in Concert, the gig tomorrow is the last phase of his UK NBS Tour/Concert.

The singer, after the release of his second studio album ‘No Bad Songz’, had announced he would be headlining his debut concert in UK. The concert tour is aimed at promoting the album which was released in December. Shortly before starting the shows, the music star had taken to his Instagram page with the post, “UK #NBS tour/concert coming to you! I will be live in Birmingham on the 18th of April, Manchester on the 19th of April and London on the 28th of April 2019.”

Kizz Daniel kicked off 2019 with the NBS Tour and has recorded tremendous success in his outings of the show which he graciously acknowledges after each performance, like he captioned: “Thank you Manchester…London up next this Sunday the 28th of April, we bring down the roof at the Indigo O2!!!” The shows in Birmingham and Manchester were sold out with screaming fans. His London tour expectedly would ride on the heels of his ‘Fvck You’ challenge which sparked off conversation on relationship and infidelity on his latest single.

On the new song, Kizz Daniel sings of a relationship where he is not his preferred lover’s first choice partner. The story gets a little bit weird from there. “Fvck You” appears to slut-shame a woman for her decisions, but Kizz Daniel also sings, “Shebi Na Me Dey Find Sisi Yellow”. His admission of his personal culpability in the relationship says he is probably aware the same woman is out of his league.

It is believed in the sense that the song was destined to resonate with the social media generation to whom discussions on infidelity have become regular. Plus his star power which is sometimes required to channel a subject like that. An extension of this also includes the concept of body shaming, which the song was made up of. Since Kizz Daniel released a video of himself performing the song on March 24, 2019, his official Instagram page has been littered with numerous covers of the song from fellow celebrities; Tiwa Savage, Falz, Simi, Sarkodie, Lil Kesh, Victoria Kimani, Tiwa Savage, Eva Alordia and so forth. Even Wyclef Jean joined the bandwagon of Kizz Daniel’s single challenge.

From his chart-topping single ‘Woju’ at inception and his critically acclaimed song, ‘Yeba’ to a third follow up single, “Laye,”along with a video two weeks later which was shot in different locations in the eastern part of Africa, the afro-pop afro-beat singer sure won hearts of music lovers. Off his 20 track sophomore album ‘No Bad Songz’ is ‘Madu’ which has remained a staple on music collections.

His debut entry song was yet to live up to its potential when he stormed the scene with the smash hit ‘Woju’ produced by DJ Coublon in September, 2014. The video succeeded it afterwards, shot in Lagos and was directed by Adasa Cookey. The track held siege of the MTV Base Naija Music chart for over two months occupying the top spot for six weeks. While fans were still basking in the euphoria of the new hit, he did collaboration with two music superstars Davido and Tiwa Savage and brought out the remix, thrilling the target audience once more. This development set a record.

The remix of ‘Woju’ peaked at Number 1 and Number 2 respectively on the MTV Base Official Naija Top 10, the first time that an original song and its remix would peak at the first and second positions on the chart.

Kizz Daniel released his first studio album titled New Era on May 14, 2016.  With the album, he got an award to show that he had the best album of 2016 which showed that his work did not go unnoticed. The album went viral and it got universal recognition which also made him happy. He initially had doubts about the album. “I am glad I made the album because initially, I had doubts about its success. I thought it wouldn’t be a hit because I did not feature major players in the music industry. Thankfully, it came out well and the fans loved it.”

In November 2017, Kizz Daniel announced his split from his record label. He was sued by the former record label but was not found liable on any of the infractions he was accused of. In May 2018, Kizz Daniel announced that he had changed his stage name from Kiss Daniel to Kizz Daniel, a name which promptly reflected on his social media accounts. New Spotify and Apple Music accounts were also created immediately with the name Kizz Daniel, with his new songs featured.  In June 2018, Kizz Daniel’s former record label G-Worldwide made a move to own the rights to the name “Kizz Daniel” and further advised the singer to desist from using the name or face legal consequences.

After his exit from G-Worldwide, he set up his own imprint with the name Fly Boy Inc. which signed two new acts Demmie Vee and Philkeyz. After which Kizz Daniel was featured on Demmie Vee single entitled “You Go Wait?” 2018 was sure a good year for the baby-face pop star as he featured DMW boss, Davido on “One Ticket”, another single which rocked airwaves and buzzed within 24 hours of its release. Prior to his arrival at the center stage of show biz, he had obtained a degree in Water Resources Management and Agro-meteorology from the Federal University of Agriculture, Abeokuta (FUNAAB) in 2013.

While pursuing his studies at the university, his dreams of becoming a music artiste was still domiciled in his heart, waiting for the set time to unleash. Upon graduation, he went all out into it. With regular pep talks and fables from his father, and with encouragements from Jahbless (a Nigerian musician) he ventured into the music world signing into G-worldwide entertainment label under Emperor Geezy, the label owner. Under the G-worldwide group, he released his first single ‘Shoye’ produced by Beatburx in May 1, 2014 alongside a video. As he perhaps round off his UK tour, a movie script titled Love Me awaits the singing sensation to mark his Nollywood debut alongside Chidinma Ekile in the lead role. 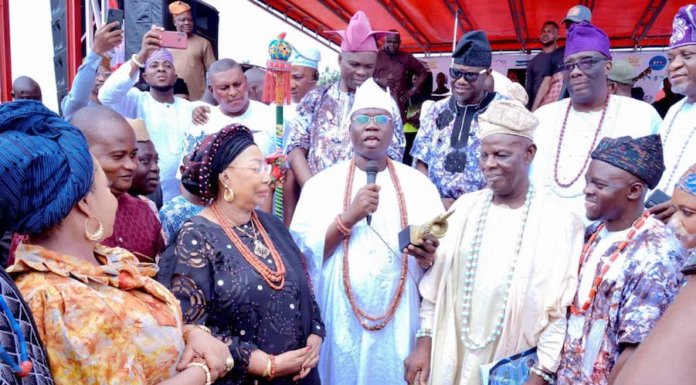