The Court of Appeal in Lagos has asked a former Governor of Abia State, Orji Uzor Kalu, to go and resume his alleged corruption trial at the Federal High Court in Lagos.

The court’s pronouncement was the import its judgment when it upheld the dismissal of the no-case submission filed by the former governor.

Kalu, who was a state governor between 1999 and 2007, is facing a N7.67 billion fraud charge filed by the Economic and Financial Crimes Commission (EFCC).

In a lead judgment delivered by Justice Mohammed Garba, the Court of Appeal said a judge of the Federal High Court in Lagos, Justice Mohammed Idris, was right to have dismissed Kalu’s no-case submission in July last year and ordered him to open his defence.

Garba also dismissed the appeals filed byKalu’s co-defendants, Slok Nigeria Limited and Ude Udeogu, challenging the jurisdiction of Justice Idris to continue hearing the case after he was elevated from the Federal High Court to the Court of Appeal.

The judge held that contrary to the appellants’ contention, Section 396 (7) of the Administration of Criminal Justice Act 2015, which empowers a high judge to continue to hear a part-heard criminal matter after being elevated to the Court of Appeal, did not offend the Constitution.

The appellate court, therefore, ordered the defendants to return to the high court to put in their defence.

Last year, the EFCC closed its case in the 12-year-old trial of the defendants after calling 19 witnesses.

But rather than put in their defence, Kalu and his co-defendants filed no-case submissions.

Justice Idris was elevated to the Court of Appeal before he could hear and rule on the no-case submissions.

In order to prevent the case from being transferred to another judge to start afresh, the lawyer representing Kalu, Awa Kalu, activated Section 396(7) of the ACJA and applied to the Court of Appeal’s President, Justice Zainab Bulkachuwa, to give fiat to Justice Idris, so that he could return to the high court to conclude the case.

As a result, Idris was given a fiat to continue hearing the case, with a condition that he must conclude it by the end of September 2018, the report added.

On July 31, 2018, the judge dismissed the defendants’ no-case submissions and ordered them to open their defence.

But rather than proceed to open their defence, Kalu sought a six-week adjournment to enable him to embark on a trip to Germany to have surgery for an undisclosed ailment.

The defendants later challenged the jurisdiction of the judge to hear the case, arguing that he was no longer a judge of the high court.

They also filed an application seeking a stay of proceedings pending the outcome of their appeals. Justice Idris dismissed both.

When Kalu did not subsequently avail himself for his trial, Idris revoked his bail.

The judge also ordered him to submit himself to the EFCC within 24 hours of his return to the country.

On January 23 when the case last came up in court, the prosecutor, Rotimi Jacobs, complained about Kalu’s repeated absence from court.

Jacob alleged that the former governor, now a senator-elect, was taking the court for a ride. He also noted that despite the court’s order, Kanu did not turn himself into the EFCC.

“He (Kalu) kept on campaigning for his senatorial ambition, slapping the court in the face. His attitude is unbecoming,” Jacobs said while urging Justice Idris to continue hearing in Kalu’s absence. But in response, Idris said he could not proceed with the case as the fiat given him by the Appeal Court President had expired in November 2018.

While adjourning the case indefinitely, Idris held, “This matter was listed today because it was adjourned till today for defence. What has happened is that the last fiat that was issued by the President of the Court of Appeal has expired at the end of November 2018.

“On the 10th of January, 2019, I received a fresh fiat in respect of some matters that I have started and some new matters but this particular case was not mentioned.

“For this reason, I have a strong feeling that I shouldn’t continue with proceedings in this case, unless there is a further directive from the President of the Court of Appeal.

“I should not proceed further, otherwise, I might be acting without authority.

“In the circumstance, I am of the view that further proceedings shouldn’t go on until I receive further information by way of fresh fiat from the Court of Appeal President.

As soon as I receive further instructions, hearing notice will be sent to counsel.”

Kalu, who was the governor of Abia State between 1999 and 2007, is facing a 39-count amended charge bordering on conspiracy and money laundering. 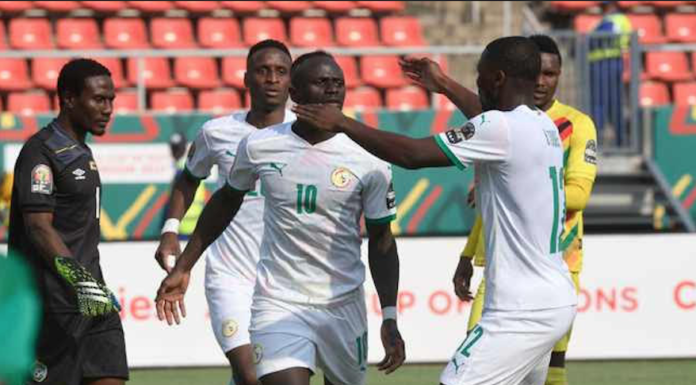