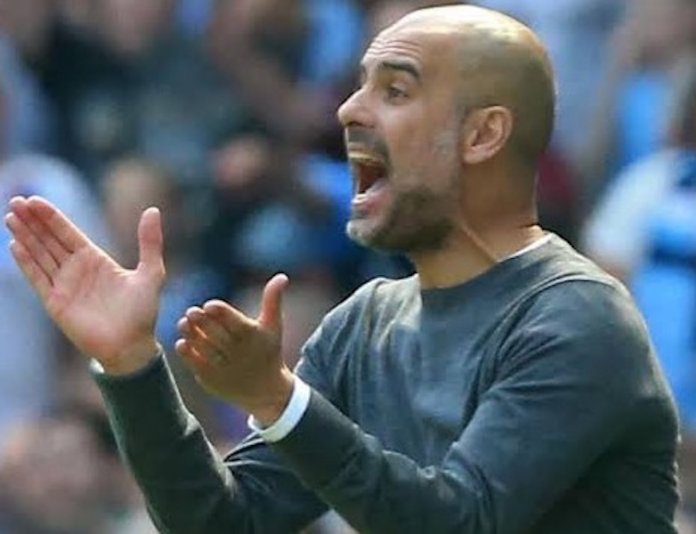 Manchester City manager Pep Guardiola said Old Trafford is no longer a “scary” place to visit ahead of tonight’s derby at the home of Manchester United.

Victory for City in the Premier League clash will keep the reigning champions on course to become the first team in English football history to win a treble of all three major domestic trophies in the same season.

Man City boast an impressive run of five wins and a draw in their last seven league visits to Old Trafford – a sequence that includes 6-1 and 3-0 victories.

Guardiola, however, refused to use that form guide as a reason for confidence, although he accepted a trip to Old Trafford was not as daunting as in previous years.

“I don’t make theories about what happened in the past for what is going to happen in the future,” Guardiola told reporters yesterday.

“Every game is completely different. The reason why is the fact this club in the last decade grew a lot and it is not scary to go there.

“Before it was maybe more difficult. The players Manchester City had in the last decade made this game a little bit more equal.”

Man City can move one point clear of title rivals Liverpool at the top of the table heading into their final three games of the season with victory over United.

This latest derby takes place against the backdrop of United’s woeful 4-0 loss away to Everton on Sunday, a lacklustre display that was roundly criticised.

Guardiola, however, did not expect the Goodison Park performance to have a major bearing on the derby.

“A little bit, yeah but even a good result, the confidence will be higher,” said Guardiola when asked if United’s defeat by Everton made his task harder.

“It is a derby and all the times we play against United, the derbies are always special games and the players do their best for the fans, the club.”

The Catalan boss added: “I saw the game, I imagine what will happen against us. The game against Everton is over.”

City will visit Old Trafford without inspirational playmaker Kevin De Bruyne who suffered a hamstring injury in the weekend win over Tottenham Hotspur that came just days after a dramatic Champions League semifinal loss to Spurs ended hopes of a quadruple.

It is the latest problem to hamper the Belgian in a campaign that has seen him plagued by knee trouble and Guardiola said De Bruyne would required a concerted training programme ahead of next season.

“Muscular problems, he had two or three,” recalled Guardiola.

“In England you don’t have time to make a preparation.

Meanwhile Guardiola denied claims that winger Riyad Mahrez – the club’s £60-million record signing from Leicester last season – is unhappy at his lack of first-team opportunities and keen to move on from City.

“I don’t need to speak with him. He will be with us next season,” the former Barcelona and Bayern Munich boss added. “He is a player for us. We are delighted with him and the way he plays.

“He is happy we are here. Everyone knows the competition we have here. He came last season to stay longer. It is not necessary to speak to him.”