The bandits who abducted three people last Friday during an attack on Kajuru castle, a holiday and resort centre in Kujuru Local Government Area of Kaduna State, have demanded a N60 million ransom for the release of their victims.

The bandits had killed two people, including an expatriate, whose name was given as  Miss Faye Mooney, a Briton, said to be  a staff of Mercy Corps Nigeria.

Police sources in Kajuru said the bandits made the demand yesterday through a telephone to one of the staff of the castle, adding that Mooney and the other person killed came to the castle together.

According to the source, the bandits did not come into the castle, but climbed a rock near the castle and started shooting.

He said the two mobile police men on security duty at the castle fired back at the hoodlums who were shooting sporadically.

The source explained further that Mooney and her colleague who were accommodated in rooms in one of the towers got terrified and attempted to leave the rooms and in the process they were hit by bullets as they attempted to run down the staircase.

“The bandits climbed the rock by the gate. When they started shooting, the two mobile police guarding the place responded, so they knew there were armed policemen in there and they couldn’t come in.

“The two people they killed were already tensed in their rooms in one of the towers. They were panicking and they decided  to rush out of their rooms and started running down the stairs.

“The stairs is opened, so as they were running down the staircase, and the bandits saw them and shot them. Their corpses were deposited at the St. Gerald Catholic Hospital, Kakuri, Kaduna,” the source said.

The source also said five people were initially abducted-four staff of the castle and a bus driver who brought some guests.

According to him, “These people were somewhere outside the gate taking tea.

“But two of the staff managed to escape from captivity while the bandits went   away with three people-two staff of the castle and the bus driver.”

Spokesman of the Kaduna State Police Command, Yakubu Sabo, was yet to respond to a message sent to him on the Police/Media Whatsapp platform on the issue at the time of filing this report. 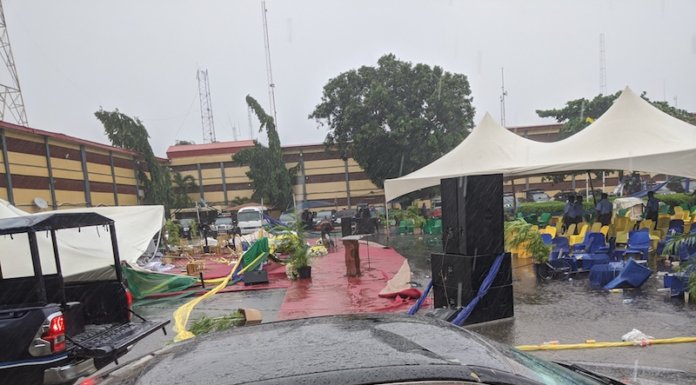