Juventus confirmed their domestic supremacy in Italy by sealing a record eighth consecutive Scudetto win after yesterday’s 2-1 victory over Fiorentina. The Turin giants suffered disappointment in Europe in midweek, losing to Ajax to crash out of the Champions League at the quarter-final stage. But in Italy at least Massimiliano Allegri’s men remain on top of the pile.

Alex Sandro hit in the first half to cancel out Nikola Milenkovic’s early strike for Fiorentina, bringing the scoreline to 1-1. After the break Juve then took the lead, German Pezzella turning a Cristiano Ronaldo cross past his own keeper to complete the comeback for the hosts.

Juve needed just a draw to wrap up the title with five games to spare and celebrations started at the final whistle, with Napoli’s clash against Atalanta tomorrow now irrelevant to the Scudetto chase.

It also marks a first Serie A for Ronaldo, who has contributed 19 goals to the Juve cause in the league so far this season in his maiden campaign since joining from Real Madrid in 2018.

The team’s glittering run of success dates back to the 2011-12 season when, under the stewardship of Antonio Conte, they lifted their first silverware since the breaking of the Calciopoli scandal in 2006 with that year’s Scudetto.

Conte went on to win the next two titles before leaving in the summer of 2014 to take the Italy job. His replacement Allegri has continued Juve’s dominance with four Scudetti in as many seasons since taking over from the ex-Chelsea boss.

This latest victory marks Juventus’ 35th Serie A title, just short of double the number achieved by nearest rivals Milan, who have prevailed on 18 occasions.

The Turin side have additionally finished top on two further occasions, in 2004-5 and 2005-6, only to see those wins overturned due to Calciopoli, with the former revoked and the latter awarded to second-placed Inter.

European success, however, continues to elude Allegri’s charges. The last Champions League victory for Juventus came all the way back in 1995-6, despite making the final on five separate occasions since then. 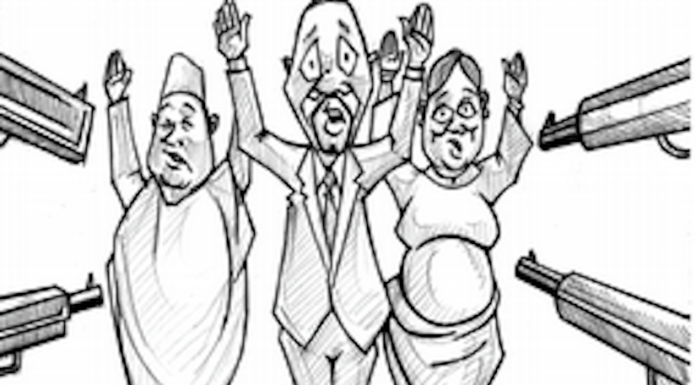