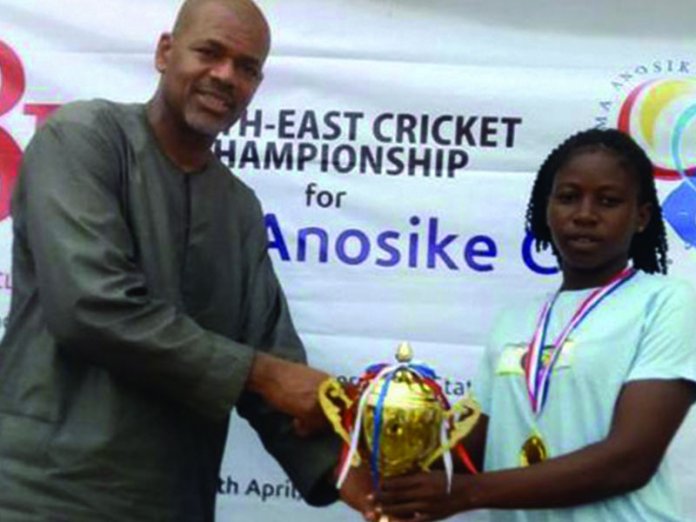 The annual event, which is going into its ninth installment, is a competition organised among all the five states in the South-East geo-political zone will hold for the first time in Ebonyi State with Afikpo ready to put up a memorable five-day tournament to end on April 29.

The sponsor of the competition and former board member of Nigeria Cricket Federation (NCF) Chuma Anosike said the main objective of the annual programme is to continue to amplify the development and awareness of cricket in the zone namely; Enugu, Imo, Anambra, Ebonyi and Abia states.

He said the six male and female teams will participate in the tournament with the host state given the privileged to present two teams in each of the categories. He explained further that the format for play would be ‘Round robin’ with the top two teams advance to play in the final in the two categories.

“We must strive hard to sustain the competition in spite the prevailing economic challenges we have strived hard to ensure that all the needed resources for the tournament are made available and in keeping with tradition, prizes will be awarded for outstanding performances in various categories and cash gifts for the best teams I both category of play.

“As a major stakeholder in our drive to increase awareness and participation in our beloved sport of cricket, it is my wish that the sport will grow to become the second most popular game in the country after football,” he remarked.

He noted that the state of cricket for now is ‘Work in Progress’ and tasked other stakeholders to use the recent success of U-18 triumphed in South Africa to further spread the gospel according to cricket in the country.

“The tournament was the first time any Nigerian team will play at an international event winning all matches to become overall champion. We were all proud of those boys and it is my wish that the young talents must be encouraged to participation in regular tournament both local and international,” he expressed.