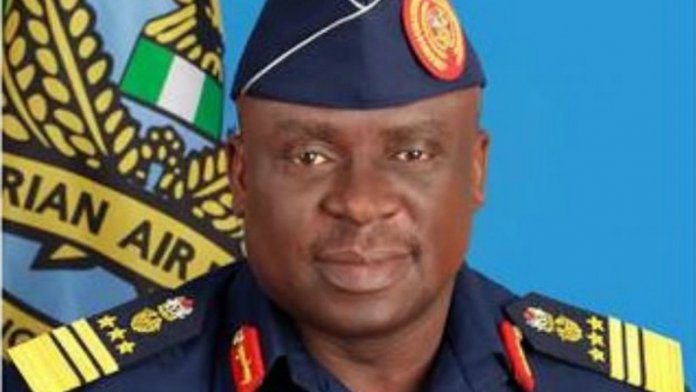 A former Chief of Air Staff, Air Marshal Adesola Amosu (rtd), and his colleagues, who are facing trial for alleged diversion of N21.4 billion budgeted for security operations, have again indicated their intentions to enter a plea bargain with the federal government.

Their lawyers, Chief Bolaji Ayorinde (SAN), Mr. Norrison Quakers (SAN) and Mr. Wale Taiwo (SAN), yesterday urged Justice C.J. Aneke, who is the trial judge at the Federal High Court in Lagos, to adjourn in order for them to explore plea bargain with the government.

Yesterday was the third time the defendants would be proposing a plea bargain with the government since June 2016 when the Economic and Financial Crimes Commission (EFCC) charged them to court.

The prosecution alleged that they used eight companies belonging to them to divert money budgeted for security operations by the Nigerian Air Force.

They first proposed plea bargain on July 8, 2016, weeks after the EFCC arraigned them before Justice Mohammed Idris who was elevated to the Court of Appeal in middle of 2018.

Their lawyers had then urged the judge to adjourn the case to allow them to go to the negotiation table with the EFCC.

But when they returned to court on October 20, 2016, rather than present the terms of settlement to the judge, the EFCC opened its case by calling its first witness.

It was learnt that the defendants were scared of the conditions given by the EFCC.

After the trial had gone on for 16 months, the defendants again told the judge in February 2018 that they were then ready to enter into plea bargain.

Again, they pleaded for an adjournment, which the court granted.

But they later abandoned the proposed plea bargain and opted for full-scale trial.

When the defence counsel made a fresh request for plea bargain yesterday, the prosecuting counsel for the EFCC, Rotimi Oyedepo, said though the anti-graft agency was ready to prove the charges against them and had all its witnesses ready, it welcomed the plea bargain proposal if the defendants were serious.

Justice Mojisola Olatoregun, who granted the forfeiture order, equally ordered Gbadebo to forfeit to the federal government a sum N190,828,978.15, which the EFCC recovered from him.

The judge ordered that the funds should be paid into the federal government’s Treasury Single Account at the Central Bank of Nigeria (CBN).

Upon the fresh plea bargain proposal by the defence counsel yesterday, Justice Aneke adjourned the case till May 22.

The first prosecution witness, Tosin Owobo, had on Monday furnished the court with detailed information about how the defendants allegedly used their companies to divert funds meant to combat insecurity in the country between 2014 and 2015.