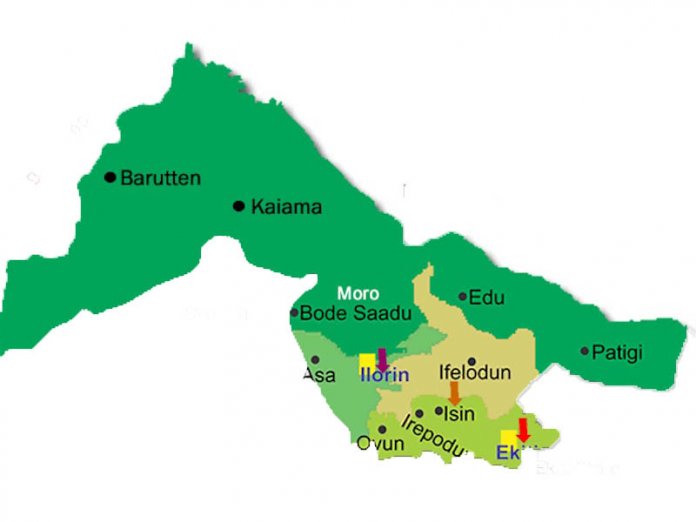 In any democractic setting, the importance of legislative arm of government cannot be over emphasized. Apart from legislating on quality laws that would make life more meaningful, it also ensures that they serve as checks and balance in the day to day administration of government which hirtherto would be in tandem with world practices as a way of ensuring good governance.

Thus, it is not surprising that people of Kwara state, the State of Harmony, joined other 28 states during the just concluded general election to show manifestation of this gesture by electing their lawmakers that would make laws for the overall benefits of the common man in the state.

The elected lawmakers who were mainly members of the All Progressives Congress(APC) came from all the three senatorial districts of the state in a landslide electoral victory.

Though, this victory was not the first time of the APC in the state as they won all the seats of the assembly during the 2015 general elections when the outgoing Senate President, Dr. Bukola Saraki was in the APC.

However, with the electoral victory of these lawmakers in the election in the state, the stage is now set for who will lead the assembly in the 9th legislative assembly as series of intrigues and political calculations have started come up in the political landscape of the state especially in the ruling APC.

This development has created a faction within the leadership of the party especially in the Kwara north and Kwara south senatorial district of the state.

The development according might not be unconnected also to providing a quality leadership in the House so as to ensure quality laws are made for the good governance of the state.

It is on this premise that, after the successful outing of the APC in the state during the just concluded general polls which has Alhaji Abdulrahman Abdulrasaq as the governor-elect from Kwara central and his deputy, Mr. Kayode Alabi from Kwara South senatorial district, the Kwara north senatorial however decided to position itself as the zone to produce the speaker of the 9th assembly based on zoning formular put on ground before the election.

Even, there was precedent to this analysis as during the regime of the defunct National Party of Nigeria, NPN, and Unity Party of Nigeria, UPN, between 1979 and 1983 respectively, the first speaker of the state was produced by the NPN under the political guidance of Dr Olusola Saraki. In 1983 before the democracy was truncated by the military after three months, Barrister Ishmaila Sadiq was the speaker during the tenure of Chief Cornelius Adebayo as governor.

In the botched Third Republic, Alhaji Issa Gomi from Asa Local Council in Kwara Central was the speaker because Alhaji Shaaba Mohammed Lafiagi (Kwara North) was the governor.

In 1999, Hon. Issa Benjamin Ezekiel was the Speaker, while Alhaji Mohammed Lawal from Kwara Central was the governor.

Ezekiel was followed by Hon Razaq Atunwa (from Asa in Kwara Central) while Dr Bukola Saraki also from Kwara Central was the governor.

Presently, it will be noted here that, the issue of sacrifice, loyalty and experience have come into front burner in the new emerging intrigues that may determine who will emerge as the next speaker of the assembly under the incoming administration of APC in the state.

In line with the extant rules of the assembly, out of the 24 elected lawmakers of the assembly, only one lawmaker in person of Hon.Saheed Popoola representing Balogun/Ojomu/Igbodun State constituency of Offa local government council area of the state remains a second timer that has well needed legislative exposures and experience that would be of a good benefit for the day to day lawmaking process of the assembly.

Also, a lawmaker representing Kaiama state constituency of Kaiama local government council area of the state which falls within Kwara North senatorial district, Hon. Haliru Danbaba is also interested in the speakership position of the 9th Assembly. He is a first timer to the House and according to the political pundits in the state, Hon. Danbaba has no political experience that can help in his quest to lead the Assembly. He is said to be banking on zoning formular that has been designed by the APC before the conduct of the just concluded general polls in the state.

However, some pressure groups in the state have risen up to list conditions for who will be the speaker of the 9th Assembly in the state,

One of such pressure groups is the religious leaders in Offa, the headquarters of Offa local government council area of the state where they put up some conditions that the next speaker of the state House of Assembly should have before such person can be elected as the next head of the assembly.

The religious leaders under the aegis of Offa Muslim and Christian Cleric Council (OMCCC) called on the leadership of All Progressives Congress(APC) in the state to make use of experience, sacrifice and loyalty to the party rather than zoning formula in the consideration for electing ninth Speaker of the state House of Assembly.

The clerics however said that out of the elected 24 lawmakers in the house of assembly, only Hon.Saheed Popoola representing Ojomu/Igbodun constituency of Offa town remain the most qualified lawmaker to be elected as the 9th speaker of the house.

Speaking with journalists in Offa recently, the Muslim and Christian clerics said that when considering Kwara state as a collective project, it is not logical to have a new governor and speaker in both executive and legislative arms in the state.

The group recalled that the governor-elect in the state, Alhaji Abdulrahman Abdulrazaq, is coming into governance with private sector background, while all the elected members of the Assembly, except one, Hon. Saheed Popoola, are all new members.

The spokesperson of the clerics, Reverend Segun Ogungboye, who said that zoning arrangement in politics is good for power balancing, added, however, that experience among other qualities should not be sacrificed on the altar of zoning.

Reverend Ogungboye said that the group had made its opinion on the issue known to the party structure in the state, calling on party leaders and members in the state to encourage sacrifice and loyalty to the party rather than zoning formular that may breed apathy.

“That the kind of unalloyed loyalty that Prince Saheed Popoola displayed in the lifetime of the eighth Kwara State House of Assembly and the sacrifices he made thereafter should not be sacrificed on the altar of zoning.

“That the spirit and letter of the legislative rule that bequeath principal offices to high ranking legislators for prosperity sake should not be sacrificed on the altar of zoning”, he said.

Speaking at a news conference in Ilorin recently,. the spokersperson of the group, Mallam Yakub Bello said that, the development became imperative so as to allow the new elected state lawmakers to choose their leader without rancour or acrimony.

According to him, ” there is no doubt that, the new governor-elect, Alhaji Abdulraham Abdulrasaq needs an articulate and capable new speaker that posessess all the nitty and gritty of the house and not just a new lawmaker that has just been elected into the house”.

“We want to say that, Hon. Popoola representing Ojomu/Balogun, Offa state constituency has expected exposures that can be used to lead the 9th assembly. Apart from this, he remain a loyal member of the party to the extent that, he didnt dump the party for any party since he was elected into the house”.

It added that,”His robust political experience since his tenure as the chairman of Offa local government, and his commissionership tenure coupled with his experience as a legislature in the outgoing state assembly are critical factors that cannot be ignored.

By and large, as the intrigues have commenced on who will emerge as the next speaker of the State of Harmony come June 9, this year, the political pundits believe that, the issue of sacrifice, loyalty, experience and extant rule of the House of Assembly should be looked into so as to have a virile assembly during the next political dispensation in the state. It is also believed that, since the new governor, Alhaji Abdulrasaq is coming from private business exposures, a speaker of the House of Assembly that would take over from the outgoing speaker, Dr. Ali Ahmad must be with wide legislative experiences that would be of good support to the new governor in the day to day governance of the state.The Kwarans are waiting for the game.