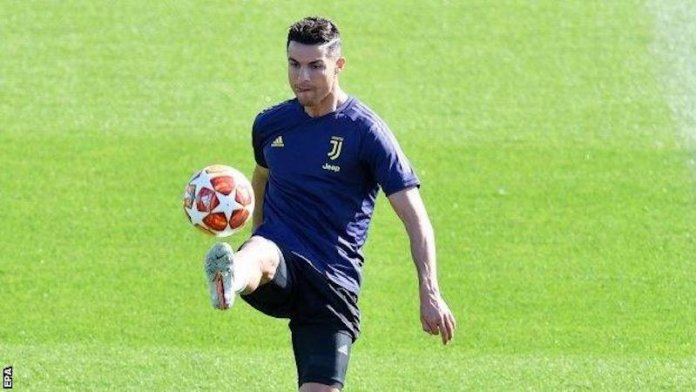 *Ronaldo back as Juventus takes on Ajax in Turin

Manchester United’s stars arrived in Barcelona yesterday as they look to pull off another stunning Champions League comeback this evening.

The Red Devils trail the Spanish champions 1-0 following a first leg quarter-final defeat at Old Trafford courtesy of a Luke Shaw own goal.

United have already beaten the odds once in this campaign by stunning Paris Saint-Germain on their own turf in the previous round and now need another huge performance at the Nou Camp to reach their first semi-final in the competition since 2011.

The players arrived at the team hotel by coach, where they were greeted by a small gathering of supporters looking to catch a glimpse of Ole Gunnar Solskjaer’s outfit.

A few police officers were also on hand to watch over events as United’s smartly dressed stars cut a relaxed and focused mood as they made their way towards the hotel.

Alexis Sanchez was named among United’s travelling contingent with the Chilean having been sidelined for the last six weeks because of a knee injury.

Sanchez returns to bolster an attack that failed to register a shot on target in the first leg loss. Nemanja Matic and Matteo Darmian are also part of the 22-man squad.

United head into Tuesday’s clash having got back into winning ways at the weekend with a 2-0 victory over West Ham United at Old Trafford in the Premier League.

The result kept alive the Red Devil’s hopes of reaching the top four and booking a spot in the Champions League next season.

In the other game of the evening, “Unstoppable” Cristiano Ronaldo returns to the Juventus team to face Ajax in the Champions League quarter-final second leg.

The Portuguese scored in the 1-1 draw at the Johan Cruyff Arena last week, but was one of several players rested for Saturday’s 2-1 defeat at SPAL.

“In certain moments he becomes an unstoppable player and you can see it on his face.”

Fellow forward Mario Mandzukic will miss the game with a knee injury, with Allegri saying: “He has struggled to train at 100%. These games will be better suited to players who are in their best condition, because they have to give absolutely everything.”

Ajax’s biggest worry is about midfielder Frenkie de Jong, who hurt his hamstring in Saturday’s 6-2 win over Excelsior. Coach Erik ten Hag said they were confident he would be able to play.

Ten Hag said he was is optimistic his side can cause another upset, having beaten Real Madrid, European champions for the past three years, 4-1 at the Bernabeu in the last round