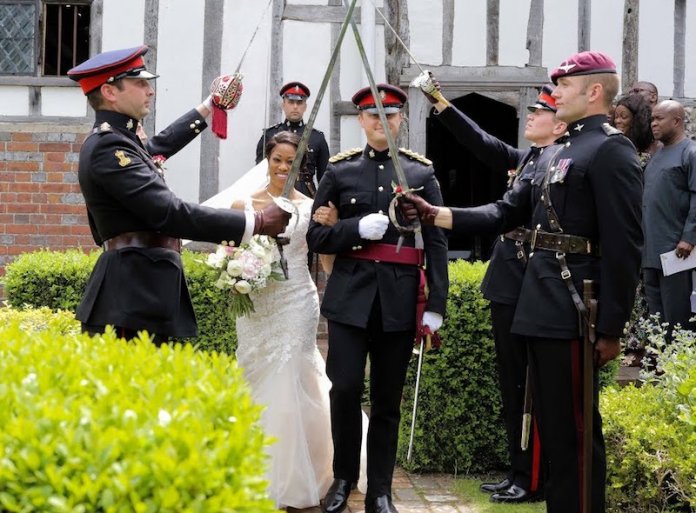 About a year ago, precisely May 26, 2018, Maj.-Gen. David Jemibewon( retd.) and his delectable wife, Modupe, had cause to thank God for keeping them alive to witness the memorable wedding of their beautiful daughter, Omolola, and her British-born beau, Capt. Samuel James Foster, at the historic town of Lewes, East Sussex, England.

The first leg of the wedding was graced by a large turnout of friends and well-wishers of Jemibewon, who was the Minister of Police Affairs between 1999 and 2000.
If that classic wedding that held in England is still etched in the memories of those in attendance, the second leg of the nuptials, which held yesterday, April 13, 2019 in Kogi State, will remain the talk of town for a long time.

At the yesterday’s wedding, the Jemibewons played host to the crème of the society, as both Omolola and Foster of the Province of Wales Royal Regiment of the British Army exchanged marital vows to the admiration of all.

It all began with a short prayer by select clerics from across Nigeria in the country home of the former Army General.
Omolola is a trained International Trade and Economic Development expert, while her husband, Foster, is a British-trained Army officer.
The event had all the trappings of royal grandeur, military finery and highbrow taste due to the backgrounds of the two families, who are of the aristocratic class and raised with the best of military tradition.