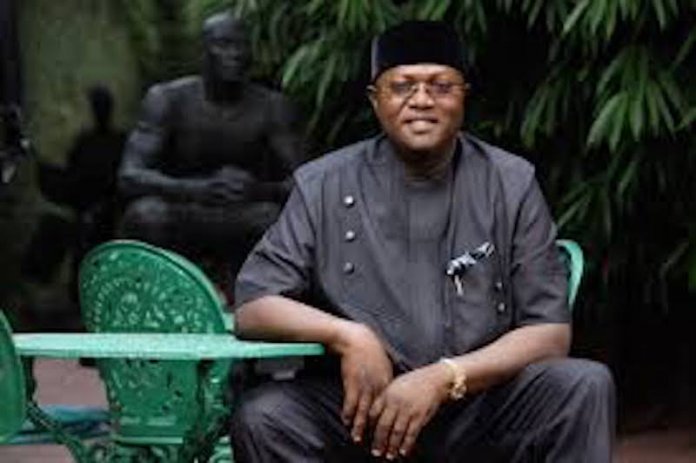 On its final stages of completion, the Yemisi Shyllon Museum of Art blazes the trail as the first of its kind in the country and aspires to be the leading museum in Africa. Okechukwu Uwaezuoke reports

On Wednesday, June 10, 2015, Nigeria’s celebrated art collector Prince Yemisi Adedoyin Shyllon generously parted with 1,000 of his highly-priced artworks. This was at a formal presentation ceremony to the Pan-Atlantic University (PAU) and at a time the Lagos-based tertiary institution’s planned museum of Nigerian art was still on the drawing board.

In addition to the artworks, comprising of traditional, modern and contemporary art pieces, Shyllon had also donated 200 photographs documenting Nigeria’s fast-disappearing cultural festivals. Among the highly-valued paintings in the collection are works by such artistic greats as Aina Onabolu, Ben Enwonwu, Akinola Lasekan, Yussuf Grillo, El Anatsui, Simon Okeke, Uche Okeke and Bruce Onobrakpeya, among many others. Works by leading contemporary artists include those by Diseye Tantua, Segun Aiyesan and Kelani Abass while sculptural pieces were produced by Ben Enwonwu, Isiaka Osunde, Okpu Eze, Adeola Balogun, Oladapo Afolayan and a host of others.

The privately-owned university’s precursor and sister institution, the Lagos Business School (LBS), known for its interest in the arts, has over the years amassed its own impressive collection from contemporary Nigerian artists. Hence, the establishment of a museum became imperative not only to host this collection, but also those loaned from other sources.

Before Shyllon came into the picture, there had been an ongoing discussion between another Lagos-based based art collector, Sammy Olagbaju, who had even gone on to make a proposal to the university. But then, Olagbaju’s proposals went with him as he departed this life sooner than expected. Thus, Shyllon a friend of the late Olagbaju, stepped in with not only a donation of a large number of artworks from his massive collection, but also with an offer to provide the funds for the building and the long term sustainability of the museum. “The project was predicated on my funding the building and the museum housing 1,000 from my collection,” Shyllon said.

Years on, the museum, which now proudly bears the name Yemisi Shyllon Museum of Art, or simply YSMA, is a few months away to completion. The brick-coloured cuboid-shaped edifice, perching on the grassy edge beyond the end of the long cobbled thoroughfare leading into the Pan-Atlantic University, has been scheduled to be officially opened on October 1, this year. Even before the official opening date, its doors would already have opened to not only students from all disciplines in the university, but also to those from nearby schools, especially those located in Lagos.

Modelled on many European and American university-owned museums, the YSMA is an extension of the university’s lofty educational goals. This was why the Spanish-born architect, Jess Castellote, who had led groups of aficionados to the site, said that it was being positioned as “an interdisciplinary educational instrument of PAU at the service of the university and local communities, through the experiential engagement with visual art objects by means of thematic exhibitions and educational programmes.”
Still, so much about the running of the museum – which Shyllon assured would not be run as “one-man show” – would be subject to the deliberations of the Museum Supervisory Council. According to him, positioning the museum as educational does not preclude the opening of its doors to tourists. It also does not rule out the museum from organising exhibitions for artists or even lending out and borrowing artworks for exhibitions. “It will cater for all genres as it happens in all the university museums in the world,” he added.

For Shyllon, who has been rated among the world’s top 100 private art collectors and Africa’s number one collector by The Financial Times of London, it was the concern about the fate of his massive collection after his demise that led to his entrusting over 1,000 works to the PAU. This was one way of not only guaranteeing their preservation, but also of properly documenting them. His tacit vote of confidence on the PAU is thanks to the institution’s track record and commitment to excellence in its relatively long history of holding exhibitions and collecting art. “I’m satisfied with the university,” he said. “I don’t think I have a better institution to work with.”
Besides the Museum Supervisory Council, which Shyllon heads, other governance and management structures like the Museum Advisory Board and Friends of the Museum are entrusted with the long-term sustainability of the museum project. Indeed, the privately-run tertiary institution has promised to avail the art space of its “high maintenance, cleanliness and security standards.”

The fact that the museum space can only exhibit not more than 400 works at any given time means most of its collections would not be on display at the same time. The architect, Castellote, had explained that it was – like the other buildings in the university – built with these three main principles in mind: fitness for purpose, sustainability and character. According to him, the building’s design creates the flexibility that allows the museum to change its display configuration to adapt to changing curatorial whims. As for its external walls, they have a first-rate thermal insulation and an efficient air circulation throughout the single “exhibition space”, which requires a minimum air conditioning load. Then, there is its emphatic volumetry — a clean cube of 30 X 30 X 10 metres—and its richly textured finish of the stained concrete gives it the desired character.
Though initially conceived to be a small, collection-based museum, the YSMA is nonetheless committed to enlarging its initial collection and eventually expanding its building.

This, according to Shyllon, would allow for the addition to the existing collections from other collections “subject to the terms and conditions of subsisting agreements.” Its proposed long exhibitions will not only be well researched, but will also address specific themes, which it is hoped will foster critical thinking about central issues in the humanistic formation that the university aspires to offer.
Conceived as a learning space of the university, the YSMA is expected to work in tandem with the university’s other schools and departments as well as its broader community. It is eventually expected to grow from impacting on the cultural and educational life of Lagos to becoming the leading university museum in Africa.