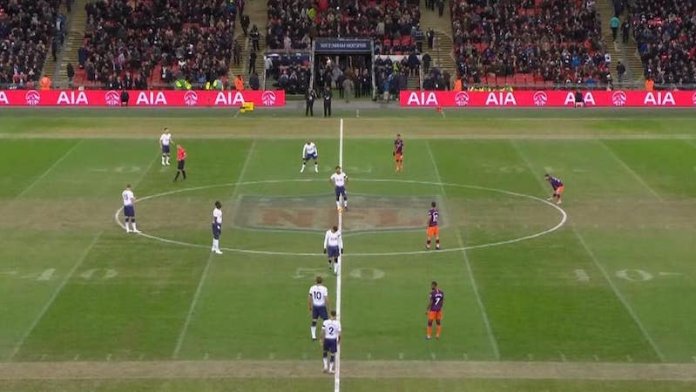 Spurs won last week in its first match at this new home, beating Crystal Palace 2-0 to move back into third in the Premier League after a disappointing run of results.

However, Man City midfielder Kevin De Bruyne claims Tottenham’s new ground will not be a significant factor in the first leg of the tie but South Korean forward Son Heung-min said the atmosphere could help his team, who had been based at Wembley since the start of the 2017/18 season.

“Of course,” he told reporters at the pre-match press conference. “We take these plus points for us because maybe the City players don’t realise, they always play at home. We’ve been nearly two years away from our home stadium.

“What we’ve done in the last two years was very positive and I think we missed home a lot and maybe we can show them tomorrow night what is the difference between Wembley and our new stadium.”

Son, who scored the first league goal in the new stadium, said the opening match there was a special occasion.

“It was just massive, I couldn’t believe it. I had an unbelievable night. I scored, we won, three points, clean sheet, everything,” he said.

“It was very positive. I think it’s also very important to take this positive energy for tomorrow. When you think positive, positive things happen.”

Tottenham boss Mauricio Pochettino said the game against the defending Premier League champions, who are aiming for a clean sweep of trophies, would be one of the most important of his coaching career but vowed to attack.

“I think it’s going to be a very tough game,” he said. “Manchester City is one of the best teams in Europe, not only in England. Tomorrow we want to start the game very aggressive, trying to dominate.”

And he said the stadium could be a factor that works in his side’s favour.

“Of course we hope and wish that… (it) is going to be amazing and going to be tough for our opponent and can help us to perform in the way we want,” he added.

But Man City boss Pep Guardiola played down the stadium factor, saying it would have little impact on his players.

“The stadium is what it is and of course in the Champions League all the games away, the supporters support the team more than ever,” he said.

“It’s the second time that Spurs play at home so we know exactly what we are going to face.

“It’s in our hands how we have to handle it so if we want to make a step forwards as a club, as a team, we have to know how to handle these situations. If we don’t it’s because we are not prepared still to go through.