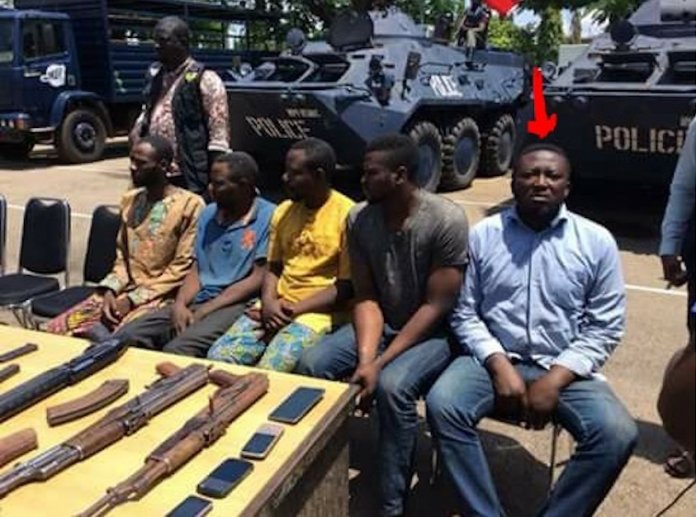 An Ilorin High Court in Kwara State trying the five suspects in April 5, 2018, armed robbery attacks on commercial banks in Offa, the headquarters of Offa local government council area of the state, yesterday admitted in evidence the medical examination report on the wounds allegedly inflicted on the suspects during the course of their interrogation by the police.

The medical examination was conducted by Dr. Obiora Adunichukwu.

At the resumed hearing of the trial-within trial yesterday, a medical doctor, Olaleye Paul Olasunkanmi, presented the medical examination report before the court.

Olasunkanmi, who was in charge of medical welfare of inmates at Kwara State Prisons Command, said the instrument used in the hospital cannot tell the date that the injuries occurred during the cross examination.

He said the fracture seen on the X-ray film showed that the fracture was there in the past and was caused by metallic object.

Olasunkanmi said: “I am satisfied with the medical examination presented to court despite not being the author. The author followed due process which has provided answer to the needs of the court.

“I have informed the court that the date cannot be told by our instrument, and that the injuries are caused by trauma.”

Led in evidence by the prosecutor, Mr. Yusuf Beki, Olasunkanmi told the court that the report doesn’t show that the wounds on the legs of the suspects were as a result of gunshots.

He testified that there is no place where gunshot was mentioned in the report.

In his response, the defence counsel, Mr. Mathias Emeribe, prayed the court to allow further examination of the cause of the wounds on the legs of the suspects by a ballistician.

He said: “Since the court is after dispensing justice on the matter, the assistance of the ballistician in the matter was necessary.”

Responding, the prosecutor, Yusuf Beki said the submission of the defence counsel is not valid in the case, and urged the court to discountenance it.

He said a ballistician cannot determine the cause of wounds, saying ballisticians don’t work in the hospital.

Beki added that ballistician only determine the various forms of guns.

The trial judge, Justice Haleeman Salman, in his short ruling, dismissed the submission of the defence counsel, saying the Chief Medical Director of the University of Ilorin Teaching Hospital (UITH) has no authority to order a ballistic examination of the wounds on the suspects legs.

“This is outside the power of the CMD of UITH, and I agree with this. This application is tantamount to attempts to delay the dispensation of this case. The application is hereby dismissed,” the Judge ruled.

During the continuation of proper hearing of the case after a short adjournment, the defence counsel further submitted that the combined effects of the prolong detention of the accused spanning six months without arraignment “as facts can show, is enough torture itself which goes against constitutional provisions.

“There is no medical report to show that Michael Adikwu died of natural causes. This shows that the prosecution is lying. There is a consistent story line by the 1st, 2nd, 3rd and fifth accused that from the day of their arrest, they have been under torture.

“In the light of this fact, is it difficult to conclude that whatever statement wherever it was obtained, provided it occurred during the currency under the custody of the police, was never voluntary. It was a statement that was given to stay alive.”

“Metallic is not same as bullet pellet. The doctor said if it were to be gunshot despite being healed, it would have shown. We urge Your Lordship to admit these statements.”

Justice Saleeman, however, adjourned ruling on the admissibility of the accused confessional statement to a later date, adjourning continuation of hearing to May 2, 201