Chairman of Independent National Electoral Commission (INEC), Prof Mahmood Yakubu, Monday revealed that the timetable for governorship elections in both Kogi and Bayelsa states will be out this week.

Yakubu, who made this known while defending the 2019 budget estimate of the Commission before the joint national assembly committee on INEC, stated that before the week runs out, the timetable and schedule of activities for the gubernatorial poll in the two states will be made public.

“Let me seize this opportunity here to say that before the end of this week INEC will issue a Timetable and Schedule of Activities for the governorship elections in Kogi and Bayelsa states`”.

Commenting on the 2019 INEC budget estimate, Yakubu observed that the Commission was receiving same envelop amount of N45.5billion as in 2017 and 2018.

Said he: “For 2019 we were presented with an envelope of N45.5 billion naira as our regular budget. This is the same envelope as in 2018 only slightly better than the envelopes of several years before them.

He noted that in terms of performance of the Commission’s budget in the previous year, INEC was fully funded.

The INEC boss further gave a breakdown of the proposed N45.5 billion, which he explained were in four components. According to him, “the first one is personnel cost and in 2019 the Commission is proposing the sum of N21.8 billion to cover consolidated salaries for 16,455 career employees of INEC and 51 political office holders, making a total of 16,506 employees of the Commission in 2019.

“The personnel cost is broken into two subheads, you have the consolidated salary of N17.5 billion and you have the social contribution, National Health Insurance, contributory pension, and employee compensation of 4.3 billion naira”.

The second component, he further explained, is the overhead cost put at N4.2 billion while the third budget head is for electoral expenditure.

“The Commission is proposing the sum of N17.7 billion naira under the electoral expenditure to cover such activities as monitoring party primaries, conventions, voter education, stakeholders meeting, legal expenses, etc”, he explained.

Yakubu, however, said “the biggest expenditure item is the conduct of elections for which we are earmarking the sum of N3.3billion for the foreseen and unforeseen elections.

In his remarks, Chairman of the Senate Committee on INEC, Senator Suleiman Nazif (Bauchi North) , commended INEC for a job well done in the just concluded 2019 general elections even as he noted that there were concerns that should be addressed going forward.

Also speaking, Chairperson of the House Committee on Electoral and Political Parties Matters, Hon. Aishatu Dukku, stressed the need for all stakeholders to be carried along in the 2019 INEC budget.

She assured that the process for the amendment of the Electoral Act would be given due consideration as soon as the 9th National Assembly is inaugurated in June. 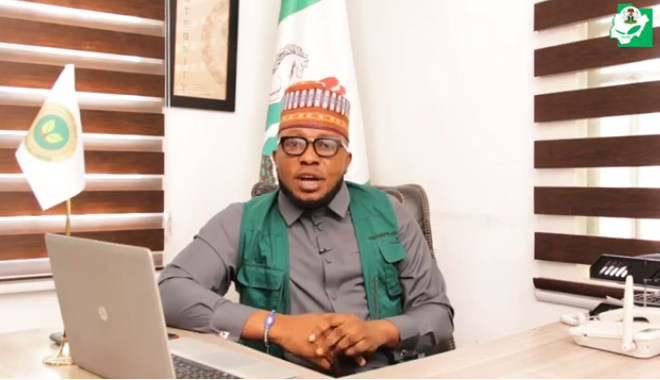