The Methodist Archdiocese of Enugu and Enugu Catholic Diocese have described the reelection of Governor Ifeanyi Ugwuanyi of Enugu State as well-deserved and a prayer answered.

Speaking when a delegation from the two churches paid separate congratulatory visits to Gov. Ugwuanyi at the Government House, Enugu, the Methodist Archdiocese and Catholic Diocese led by Archbishop Christopher Ede and Bishop Callistus Onaga, respectively, stated that the governor’s resounding victory at the polls was a manifestation of the will of God and true reflection of the wishes of the people of the state.

Archbishop Ede disclosed that the Methodist Church stood by the governor before and during the election “not because we are partisan, but because we need peace and good governance to continue in Enugu State”.

Bishop Onaga in his presentation thanked God for answering the prayers of the Catholic Church and people of Enugu State to “allow you to come back and conclude the beautiful works you are doing in this state; the beautiful human relations you have established, and of course the developmental projects going on here and there and still striving to carry everybody along”.

Archbishop Ede, who conveyed to the governor, the warm felicitations from the five dioceses of the Archdiocese, expressed delight that God answered the prayer of the church on Gov. Ugwuanyi, saying: “We are happy that God has heard our prayers; God has made it happen; it has finally ended in praise”.

According to him, “the church believes in good governance and that was why we stood by you on the journey”, but “if you are doing things wrongly we will not stand by you”.

The Enugu Catholic Bishop, who was accompanied by members of the Curia – the highest decision-making body in the diocese – described Ugwuanyi as “the governor of the people”, and expressed confidence that “you are going to do more, having been empowered and strengthened by both our prayers and our support”.

His words: “Your Excellency, we have said this on many occasions, we are not pretending about it and we are happy God heard our prayers. We are not apologizing to anybody for praying for that. He has really shown us that our prayers would be heard. Our prayers will continue, we will be praying for you”.

According to the Methodist Archbishop, “your (Ugwuanyi) governance in this state is very fruitful and we want to ensure that it continues”.

He also prayed that the governor’s second term will be better than the first, adding that “God has brought you back to consolidate on what you have achieved in your first tenure”.

Archbishop Ede, therefore, informed the governor of the church’s planned service on the first Sunday of May at the Cathedral in Enugu to thank God for his victory at the polls and consequently invited him and members of his team to the event.

Responding, Gov. Ugwuanyi who narrated how his administration, at its inception, started with prayers and entrusted the affairs of Enugu State to the hands of God, recalled how the church prayed fervently for the success of the government.

The governor, therefore, attributed the successes recorded so far by his administration to the prayers from men of God.

While appreciating the clerics for the visits, the governor reiterated his administration’s disposition to advice and expressed optimism that his second term will be better, in the overall interest of the people of the state. 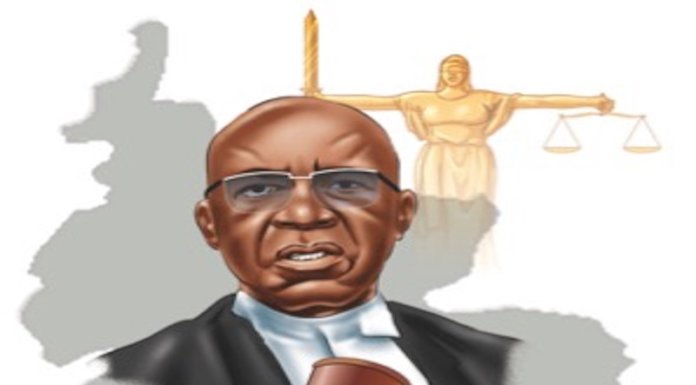