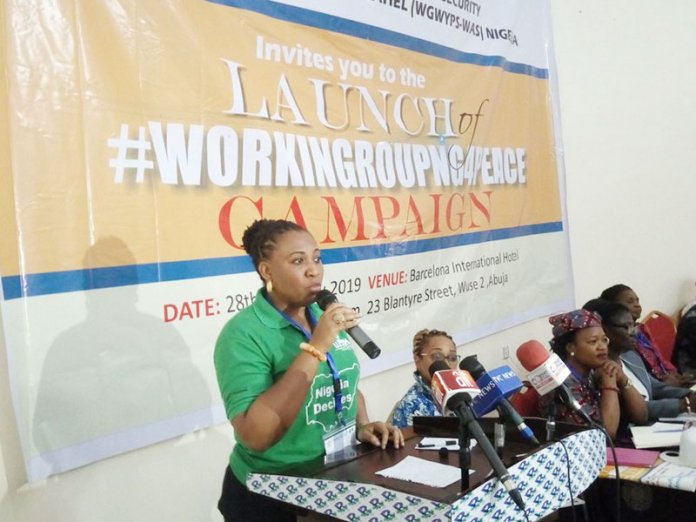 Given the devastating effect violence has on women and girls, a Non-Governmental Organisation(NGO),Workingroupng4peace (WYPS-WAS NG) says it has marshalled out plans aimed at addressing the root and structural causes of violence against women and girls including sexual and gender -based violence rather than working to stop it.

Speaking during a Press Conference heralding the official Launch of the organisation’s campaign in Bauchi Wednesday the state Coordinator of the Working Group, Hajiya Amina Bala Jibrin, said though violence against women and girls was rooted in gender-based discrimination and social norms and gender stereotypes that perpetuate such violence”but we are focusing on prevention to stop the violence”.

She said “Given the devastating effect violence has on women, efforts have mainly focused on responses and services for survivors. But the best way to end violence against women and girls is to prevent it from happening in the first place by addressing its root and structural causes”.

She lamented that “In Bauchi State, we are faced with several challenges including economic crisis, triggered by inequalities in the distribution of wealth, communal and religious clashes, climate change, political thuggery, child abuse and youth restiveness, kidnapping ,rape, pre and post -election crisis and gender based violence. But it is imperative to know that women and youth suffer massively in such devastating consequences”.

According to her, “There is however a growing recognition that women and youth in conflict situation must be viewed with not only as victims but also as agents for peace and security in their communities. Due to their gender roles of productive, reproductive and community engagements, women play active roles in providing care and support to their families and communities”.

“In some other situations,their act of peace builders and plays a reconciliatory role within the community. On post election crisis, women can also play a significant role in educating youth on the consequences of such act “.

While lamenting that the organisation is faced by paucity of funds, she however noted that the Working Group was committed to ensuring prevention of conflict and all forms of violence against women and girls.

The group also expressed its determination to achieve its set objectives including Increasing participation and engagement of women and inclusion of women interest in decision -making process related to conflict prevention and peace building.