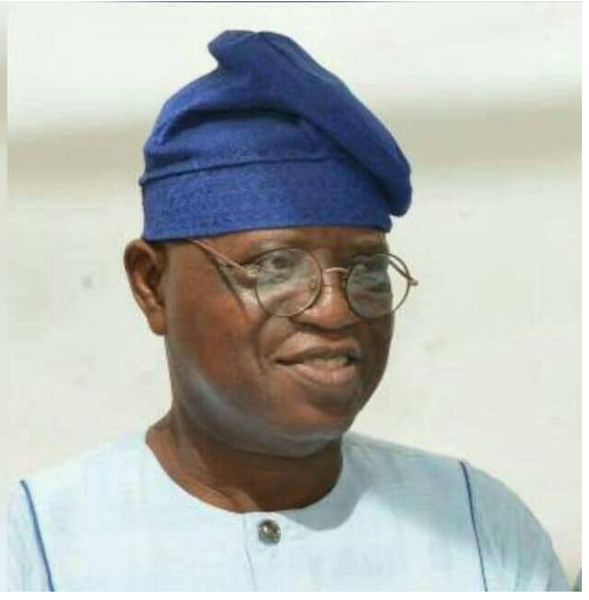 A former chairman of ASUU, Unilorin Chapter, Prof. Samson Olatunde Oduleye, is dead. He was aged 75.

His death was announced in a statement signed by Poju Akinyanju on behalf of the Socialist Congress of Nigeria, Festus Iyayi Foundation and Unilorin 49+ Foundation.

The statement noted that “Oduleye, an accomplished academic, spent a considerable part of his life and energy in the struggle for the development of the Nigerian University system and the Nigerian nation.”

Oduleye, a political activist of the Left, who died on March 3, 2019, was a member of the famous Unilorin 49, a group of lecturers sacked by the University authorities because of their union activities. Their sack was later upturned by the Supreme Court after a nine-year legal battle.

Born in Zaria, Kaduna State on January 21, 1944; Oduleye spent his childhood days in Katcha, near Bida in Niger State and Jos in Plateau State. He had his education at Baptist Boys High school, Iwo, Osun State, Federal School of Science, Lagos and the University of Lagos where he obtained a degree in Biology.

He later proceeded to Britain to obtain a PhD in Animal Physiology from the University of Lancaster.

Oduleye began his academic career at the University of Ibadan in 1973. He later moved to the newly established University of Ilorin in 1977, where he acquired a chair in 1985 and remained until his retirement.

The statement read: “The Socialist Congress of Nigeria, the Board of Trustees of the Festus Iyayi Foundation and the UNILORIN 49+ Foundation regret to announce the death of one of their members, Professor Tunde Oduleye…..

“In the course of his academic career, Oduleye worked in a number of Universities both within and outside of Nigeria. He is well published in his field of animal physiology and socio-political issues.

“Oduleye was a consummate Unionist and political activist of the Left. He was at various times the Chairman of the University of Ilorin Chapter of the Academic Staff Union of Universities (ASUU) and served ASUU at the National level as a member of its National Executive Council, Resource person to and Chairman of many of ASUU’s Committees. He was a member of the Union’s team at a number of its negotiations with the Federal Government of Nigeria.

“Tunde Oduleye was a member of the Socialist Congress of Nigeria (SCON), a body that in conjunction with other Organizations midwifed the birth of The Campaign for Democracy (CD) and the Committee for the Defence of Human Rights (CDHR). These were Organizations that played active pro democracy roles which resulted in the termination of the military rule in Nigeria in 1999. “He was a founding Trustee of the Festus Iyayi Foundation, an Organization formed for the preservation and promotion of the works of Festus Iyayi, another prominent Nigerian activist, and was also a Trustee of the UNILORIN 49+ Foundation.

“Oduleye suffered many accidents and privations in his struggles for the progress of his nation. He was involved in a ghastly motor accident in 1988 while returning from an ASUU assignment. This did not deter him from continuing his participation in the activities of the Union; not even another motor accident in 2006 on his way to an FG-ASUU Negotiation meeting did.

“He lost his job and positions a number of times on account of his loyalty to struggles directed by ASUU. He was a member of the famous Unilorin 49, a group of University Lecturers who were relieved of their job on account of Union activities but faced off with the Federal Government in an epic 9-year struggle until they were reinstated by the Supreme Court.

“Tunde Oduleye led an active social life. He was a member of University Staff Clubs where social life intermingles with intellectual exertions. As Chairman of the University of Ilorin Senior Staff Club, he organized many formal and semi-formal discussions on many topics ranging from health issues to politics.”
The statement described Oduleye as a quintessential family man and head of the Oduleye Clan of Ile Abese, Ogbomoso.

The late Prof Oduleye is survived by his wife, Mary, and three children – Bimbola, Bolanle and Jibola.
The statement said funeral arrangements would be announced shortly.